By Amy Lamare on January 5, 2018 in Articles › Entertainment

Axl, Duff, and Slash are all grown up and rocking the world with their "Not In This Lifetime" tour. Gone are the days when Axl Rose would saunter on stage at midnight to start the show. All reports out of the worldwide tour have reported that the aging rocker was on time for this gleeful romp through their new songs and classic favorites. But Guns N' Roses didn't just rock the world, they also took home $84 million over the past year, making them the sixth highest-paid musicians, even as they are staring down their AARP years.

GNR's "Not In This Lifetime" tour began with a secret show at Los Angeles' Troubadour in April 2016 and has circled the globe in the 20 months since hitting North America, South America, Asia, Australia, and Europe in 148 dates over nine legs. Through the first 98 dates, the tour brought in $430 million. 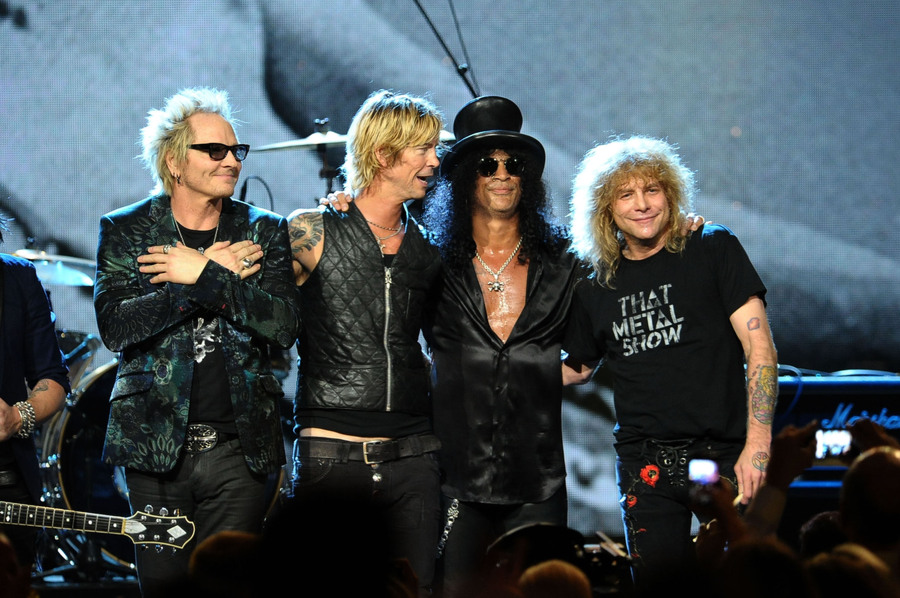 After months of speculation, the tour was announced on April 1, 2016. At the time, it was going to hit 20 North American cities. The "Not In This Lifetime" title refers to an interview with Axl Rose in 2012 during which he was asked about a potential reunion with the original members of GNR and he replied, "not in this lifetime."

The "Not In This Lifetime" features a reunion of Axl Rose, Slash, and Duff McKagan. The tour is slated to keep on rocking until July 2018, so we expect Guns N' Roses to make the list of the highest paid musicians again next year.