By Brian Warner on April 27, 2020 in Articles › Entertainment

Malala Yousafzai is the perfect embodiment of everything we think of and hope for when we imagine a potential Nobel Prize winner. At age 11 she began blogging for the BBC to describe what life was like for girls under an oppressive Taliban rule in Pakistan. In October 2012, an anonymous man shot Malala three times in the face at point blank range as she was waiting for a school bus. She was 12 years old at the time. Miraculously, Malala not only survived, but thrived, and has since gone on to become one of the world's most vocal and celebrated champions of children's rights. Especially the rights of oppressed young girls. Malala won the Nobel Prize in 2014 when she was 17 years old.

Nobel Prizes have been awarded every year since 1901 to honor people who have made significant cultural and/or scientific advances in the fields of Peace, Chemistry, Physics, Physiology or Medicine, and Literature. Notable recipients of the Peace prize include Barack Obama, Nelson Mandela, the Dalai Lama, Mother Teresa, Martin Luther King, Jr and now Malala Yousafzai.

So who was Alfred Nobel and how did he come to have the most venerated international prize on the planet named in his honor? Was he some champion for human rights? Nope. A doctor who cured some terrible disease? Nope. An international anti-war crusader? Actually, pretty much the exact opposite. Alfred Nobel was a Swedish chemist who invented a little thing called dynamite. And while that may sound like an innocuous invention to us today, during his life, Alfred was considered an evil scientist who made a vast fortune off the deaths and misery of other people. That memory changed thanks to a little obituary mix up at a French newspaper and a very guilty conscience… 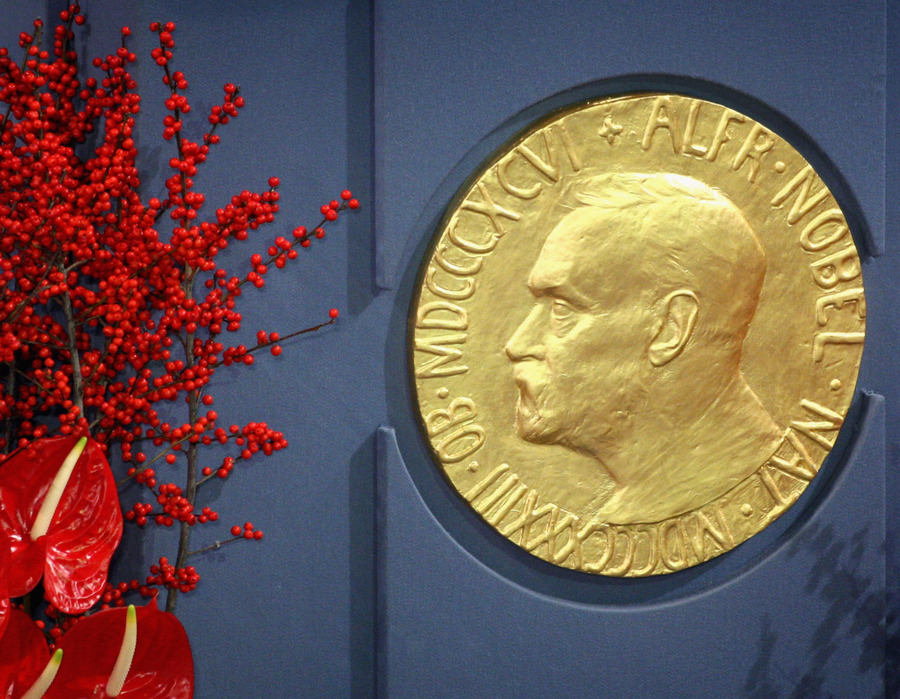 Alfred Bernhard Nobel was born on October 23, 1833 in Stockholm, Sweden. He had seven siblings and grew up in an impoverished family. The family was so poor that only four of the eight Nobel children survived passed childhood. His father was an engineer and inventor who nurtured Alfred's interest in explosives and chemistry from a very young age.

In order to improve their luck, the family to St. Petersburg, Russia in 1837. As years went on, Alfred's father became a moderately successful as the owner of a factory that manufactured machine parts. Successful enough to afford private tutors for Alfred to help grow his now rabid passion for chemistry. The tutors also eventually helped Alfred become fluent in English, Russian, French and German. 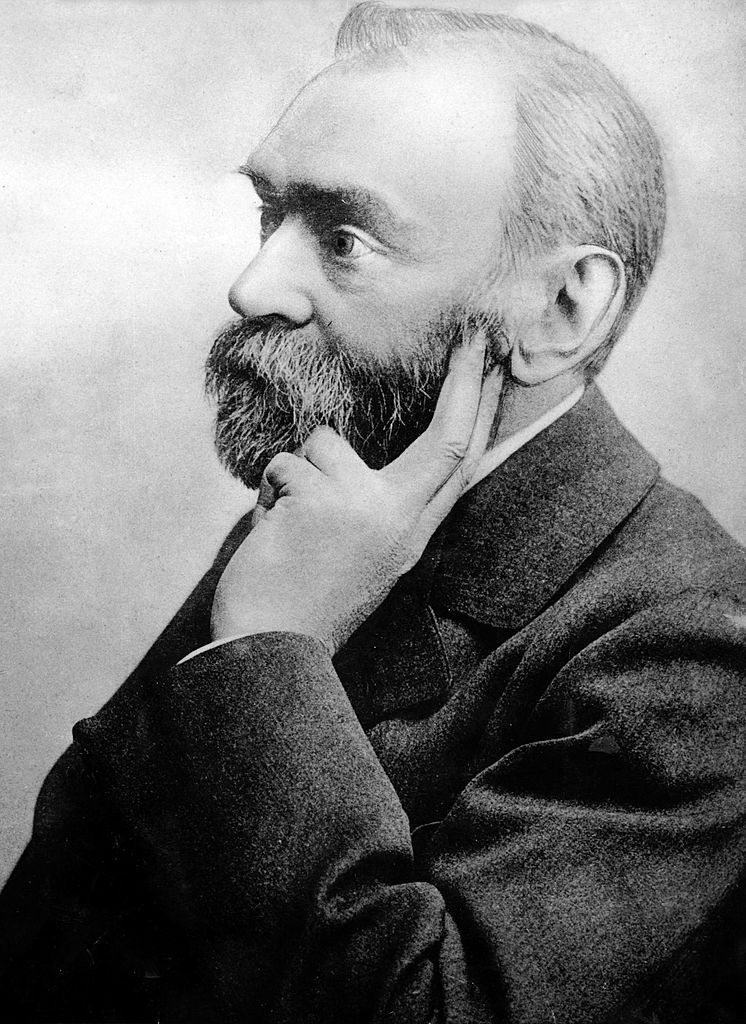 At 18, Alfred moved to the United States to further his study of chemistry. In 1857, at the age of 24, he filed for his first patent for a gas meter. In 1859 the entire Nobel family moved back to Stockholm. Back in Sweden, Alfred threw himself into the world of explosives and detonators. He was especially fascinated by a newly-discovered, colorless, oily, extremely volatile explosive liquid known as nitroglycerin.

On September 3, 1864, a nitroglycerin factory just outside of Stockholm exploded and killed five workers. One of the workers was Alfred's younger brother Emil. The tragedy did not slow Alfred down, but it did inspire him to seek to develop a more stable form of explosive.

In 1867, after three straight years of toiling, the 34 year old Alfred invented and patented a substance that was far more stable (and actually far more explosive) than nitroglycerine. He called the new substance dynamite. The name was a reference to the ancient Greek word for power, dýnamis.

Alfred, who was a lifelong pacifist, initially envisioned that dynamite would be used primarily in mining and construction projects. But, as you might expect, people quickly figured out that dynamite was an extremely effective (and bloody) weapon of war.

As royalties for the invention poured in from around the world, Alfred and his brothers invested the money in oil fields near the Caspian Sea. The three remaining Nobel brothers each became immensely wealthy, but none more than Alfred. During his life, Alfred was awarded 350 patents and, rather hypocritically, used his royalties to open 100 armaments factories throughout Sweden and Russia.

On April 12, 1888, Alfred's brother Ludvwig died in France. Upon hearing of the death, several French newspapers accidentally printed obituaries for Alfred. The headline of one of these obituaries read: "Le Marchand de la Mort est Mort." In English: "The Merchant of Death is Dead."

Alfred was understandably astonished to find himself reading his own obituary. It had also apparently never clicked that his life would be remembered with such disparaging contempt. This feeling rocked Alfred Nobel to the core. He immediately called in lawyers to make some sweeping to changes to his will, which up to that point was designated to benefit only his direct heirs.

Alfred Nobel died of a cerebral hemorrhage at his villa in San Remo, Italy eight years later on December 10, 1896. He was 63 years old. To the entire world's utter astonishment, Alfred's will designated that 94% of his assets would be used to establish a new charitable foundation. The newly formed Nobel Foundation would award annual prizes to those who have made the "greatest benefit on mankind in physics, chemistry, peace, physiology or medicine, and literature."

Since the first prize was handed out in 1901 (to Wilhelm Conrad Röntgen, the man who discovered X-Rays), the Nobel Foundation has awarded 835 individuals – 791 men and 44 women. Today's winners each get a gold medal (18 carats and 196 grams of gold), a diploma and a $1.2 million check.

For his generosity, today when most people hear the name "Nobel", they think of words like "peace", "progress" and "science". We no longer hear his name and think of words like "death", "destruction" and "misery". If you think about it, establishing the Nobel Prize might be the most expensive cure for a guilty conscience in human history!