The Grande Dame Of Champagne Was A Pioneering Businesswoman

By Amy Lamare on November 17, 2016 in Articles › Entertainment

"The world is in perpetual motion and we must invent the things of tomorrow. One must go before others, be determined and exacting, and let your intelligence direct your life."

Who do you think said that? Jeff Bezos? Bill Gates? Peter Thiel?

Any of those would be a good guess but would be wrong. Sure, it sounds like something one of our favorite tech billionaires would say, but the fact is, that phrase was written in 1866 by an 89-year-old French woman, Barbe-Nicole Clicquot, a woman so ahead of her time that her business philosophy still holds true 150 years later.

Madame Clicquot is known as the Grand Dame of Champagne. At the turn of the 19th century women were supposed to be seen but not heard. Madame Clicquot was having none of that, however. She was hard at work transforming a failing business into one of the world's best known brands. 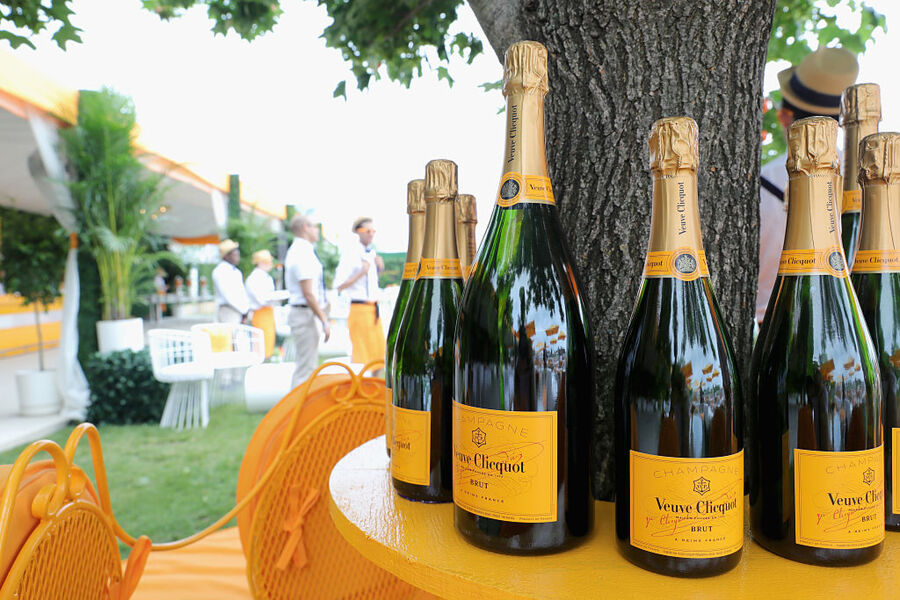 Barbe-Nicole Ponsardin was born into a wealthy family in Reims, France in 1777. Her father was in the textile industry. When she was 21, she was married to François Clicquot, the son of her father's rival in the textile business. It was an arranged marriage, as was the custom at the time. Despite this, the couple found themselves falling in love and having a very supportive relationship.

François and Bare-Nicole were well matched. They both had a tendency to challenge traditions. Instead of learning the ways of the textile industry François decided to grow the family's small wine business. This was both a bold and risky move. It was the time of the Napoleonic Wars, which meant there was little interest in fine wines. The young couple learned the champagne business together from Barbe-Nicole's grandmother, who had been part of a wine making business. Barbe-Nicole even went to business meetings – an unusual and much frowned-upon move.

In the 18th century, genteel women were expected to sew, read poetry, and paint. At the time, French law was that women were no more than chattels of men. A 1791 act denied citizenship to women and the 'Napoleonic code', in 1804, declared that "the husband owes protection to his wife, the wife obedience to her husband." Women were banned from buying property and forbidden to travel without a chaperone.

The odds were stacked against Madame Clicquot. Then, six years into her marriage, her husband was struck with a fever and died. Rumors circulated at the time that François had committed suicide due to the pressures of the Clicquot's failing business. Barbe-Nicole was widowed, 27 years old, with a three-year-old daughter. As was the custom at the time, she was expected to remarry immediately and her new husband would take over the business. Clicquot had other ideas. She begged her father-in-law to allow her to run the business. He agreed.

While the odds were not in Clicquot's favor, timing certainly was. The Napoleonic Wars were drawing to a bloody conclusion and Clicquot foresaw Napoleon's defeat. She understood that Russian nobles, early champagne enthusiasts, would want to celebrate the event. She smuggled out an illegal barge in the dead of night with her finest vintage champagne on board. It was destined for Amsterdam. Once the war was over and peace declared she sent her shipment of champagne to Russia. Her champagne arrived there weeks before her competitors. Madame Clicquot sold 10,000 bottles of champagne for the equivalent of $88 each. This bold move saved her business.

Russia's Tsar Alexander I declared that 'Veuve' Clicquot, or 'Widow' Clicquot, was the only thing he would drink. Madame Clicquot went from a struggling young widow to the darling of royal courts.

This success led to another problem for Madame Clicquot. With the Russian nobility and the fashionable set in London all clamoring for bottles of "The Widow," she had to find a way to make more. Champagne making is a long, temperamental process. It often took Madame Clicquot two years to make a single bottle. The fermentation process made the champagne sludgy grey with bits of dead yeast floating in it – hardly appetizing. Pouring the champagne from one bottle to another made it look better, but it took forever. Clicquot would not be defeated, however. She came up with an amazing idea.

She instructed her staff to drill holes in her kitchen table and turn it upside down. She then stored bottles of champagne in those holes – upside down and at an angle. The bottles were rotated every day. This resulted in the sediment settling in the neck of the bottle, rather than at the bottom, making it easier to remove.

The sparkling clear champagne we drink today was born as a result of this process and Clicquot's business sky rocketed.

Today, Veuve Clicquot is still a global success, selling over one million cases of champagne annually. Without Clicquot's revolutionary invention, champagne would probably have faded away, or only been drunk by nobility, aristocrats  and today, tech billionaires.