By Joseph Gibson on April 14, 2018 in Articles › Entertainment

Grand Theft Auto V is a watershed video game in many ways, and one of those ways is reflected in its unprecedented commercial success. Unlike most video games, it has experienced a longevity since its launch way back in 2013 that has been, and will likely continue to be, impossible to replicate and continues to be a big seller, pulling in hundreds of millions worth of revenue to this day and clocking 90 million units and counting sold. Data from the NPD Group had it as the sixth best-selling in the United States at the end of 2017, more than four years after it was originally released. As with most commercial phenoms, you could spend all day listing the different commercial benchmarks Grand Theft Auto V has met or surpassed, but at the end of the day the most impressive one is this: Per MarketWatch, it is the highest grossing title of all time, in any existing media.

That means that not only is Grand Theft Auto V the top-selling video game of all time, but its $6 billion in revenue and counting puts it ahead of any movie, book, or album that you could name in terms of sales. To cite two obvious examples, Star Wars and Gone with the Wind both pulled in over $3 billion in 2018 dollars during their respective box office runs, making them two of the most popular films ever released. But even if you included revenue from home video and streaming, they still wouldn't really come close to GTA V's $6 billion in sales. According to Cowen analyst Doug Creutz, success like that is like a lightning strike:

"I think it's a wild outlier. I think maybe with the exception something Nintendo has made—Mario Brothers—but aside from that there's never been a console game that's sold so many units." 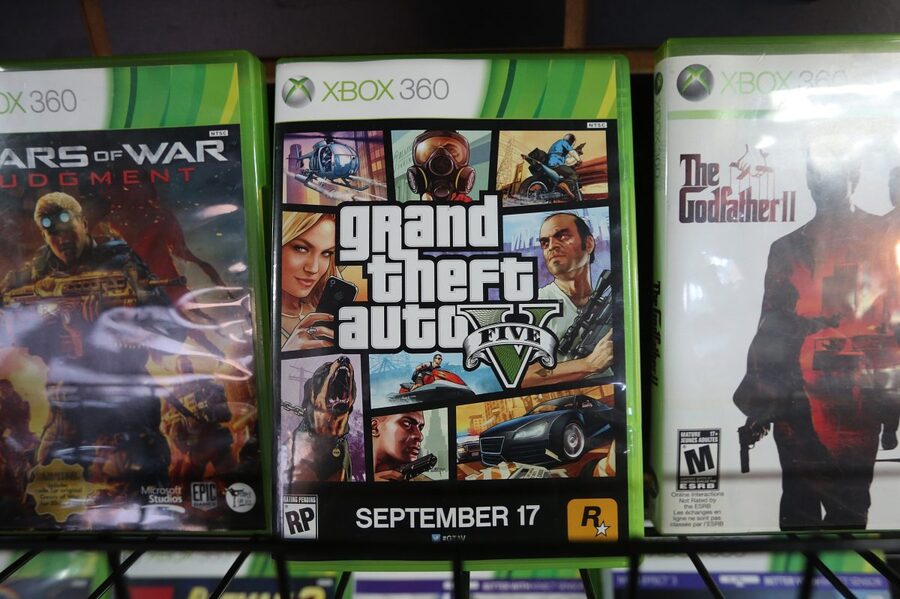 The reference to Mario Brothers only makes sense if you count sales figures for Nintendo's popular character as a franchise total, since no single title featuring Mario has ever come close to $6 billion in revenue.

Grand Theft Auto V's success can be attributed to many factors outside of the fluky nature of popularity. It is by all critical accounts a fantastic game that players can continue to play for years, even purchasing a new version of it for their upgraded consoles (which in itself has contributed to its huge sales numbers). It's also able to be continually tweaked and updated by its developers at Rockstar Games, something that doesn't apply to blockbuster movies. And then there's the infamy factor, which comes from the game's prodigious sexual and violent content, which probably doesn't hurt. Creutz guesses, though, that no matter how hard game makers try to duplicate these factors, it probably won't create another success of this magnitude again:

"That's not to say Rockstar won't have other big hits—it may—but another GTA V isn't likely," said Creutz. "Michael Jackson had a lot of hit albums but he only had one Thriller."

Speaking of Thriller, the best selling album of all time has sold as many as 66 million copies worldwide, far fewer than Grand Theft Auto V's 90 million.