By Brian Warner on October 2, 2014 in Articles › Entertainment

Anyone who has visited Celebrity Net Worth over the last three months probably has noticed that we've been following the story of GoPro pretty closely. And why not! It's been such a wild and fascinating ride! Here's a really quick recap:

First off, less than a year ago GoPro was valued at roughly $2 billion by private investors. At this point, company founder Nick Woodman (who came up with the idea for the portable camera while on a surf vacation in Bali) became a paper billionaire for the first time. Over the ensuing 6 months, GoPro prepped for its June 2014 Initial Public Offering on the NASDAQ. Wall Street analysts and those early private investors hoped the IPO would value the company at roughly $4 billion.

The IPO happened on June 27, opening price was $28.65. By the end of the first day, shares had climbed 40%, leaving the company valued at $5 billion. At that point, Nick Woodman's 45% stake in the company was worth $2.25 billion. But this was just the beginning.

Between June 27 and September October 1st, shares of GPRO went on an absolute tear. The price increased over 240% from the IPO and at their peak left Nick with a personal net worth of $5 billion. On paper. 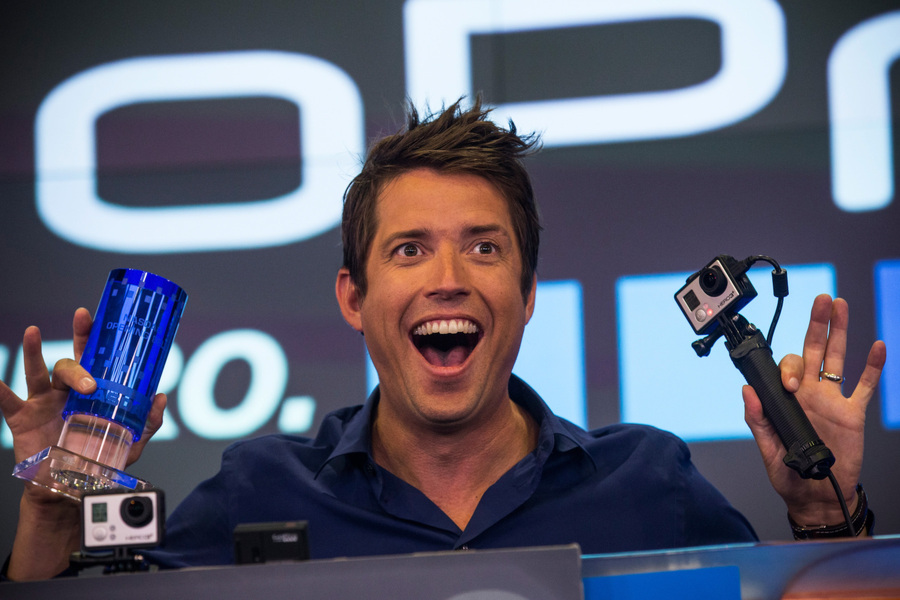 Those last two words, "on paper" are tricky. Typically whenever a company goes public, the insiders are restricted from selling any of their personal shares for a period of 180 days (six months). This is mainly to help assure investors that this is not a flash in the pan money grab. This restriction also helps "lockup" huge quantities of the shares while the stock price finds stability in the public market.

The big risk for an insider like Nick Woodman is that the vast majority of his net worth is not liquid. It's all on paper and is subject to all the ups and downs that come with being a publicly traded company.

One of the most famous examples of rolling the dice on a lockup is Mark Cuban and Yahoo. Mark Cuban is a billionaire today because he sold his company Broadcast.com to Yahoo in 1999 for $5.7 billion worth of stock right at the peak of the original dotcom bubble. After the sale, Mark was unable to sell a single share of Yahoo for six full months. Mark believed the tech sector was in the midst of a very bloated bubble that could burst at any moment and send Yahoo's shares plummeting from all time highs to all time lows.

On the day the Broadcast deal officially closed, Yahoo's stock was trading at $163 per share. Six months later, when the lockup expired, the price per share was roughly the same. So what did he do? Did he sell 10% of his shares? 20%? Nope. Mark dumped the entire stake on the open market. He sold every single share of Yahoo he owned over a one week period. When the fire sale was all said and done, Mark was left with $2.5 BILLION dollars… in CASH.

Over the course of the next 18 months, the dot com bubble began to burst. At first it was a little pop, then it was a full on implosion that sent the world economy into a tail spin. Companies like Webvan and Pets.com were wiped off the face of the earth. Companies like Yahoo lost value at an astonishing rate. Yahoo's stock price slid from $160 to 100, to 70, to 50, to 30. By October of 2001, Yahoo hit an all time low of $8.11 per share. That's a 95% drop compared to $163 a share when Cuban sold. In other words, had he not sold his shares, Mark's $2.5 billion worth of stock could have become worth as little as $125 million. Still a nice fortune, but not enough to buy an NBA team, movie studio, cable network, private jets, etc.

So how does this relate to GoPro Today?

In the time that I've written this article, GoPro shares have slumped down 10-13%. The drop occurred as soon as the markets opened. So what happened? Well, last night JP Morgan (the lead bank controlling the GoPro IPO) announced that it was allowing Nick Woodman and his wife Jill to forego the six month lockup in order to donate 5,821,739 shares of common stock to establish The Jill + Nicholas Woodman Foundation.

As of this writing, those 5.8 million shares basically just created a $483 million charity out of thin air. Over the next several weeks, the foundation is expected to slowly sell off chunks of the shares in order to turn $480 million in paper into $480 million in tax free cash. Depending on how the markets react, they could obviously end up with more or less when the sale is done.

Why Is GoPro Crashing?

A simple explanation for why GoPro is going down is basic supply and demand. Roughly 6 million shares of the stock that were previously un-buyable should go up for sale shortly. Part of the reason GoPro went on such a tear over the last three months was that only a very small percentage of outstanding shares were available for purchase. Prior to last night, Nick Woodman personally controlled 45% of the stock. Family members, the company and bankers controlled another un-buyable 40% stake. There are 123 million total shares of GoPro in the world. Only a scant 17.8 million shares (roughly 15% of the total) were sold to the public at the IPO. Now another 5.8 million will theoretically be up for grabs very shortly. If the demand for these news shares is strong, today's decline could end up just being a blip on the radar. Or vice versa. 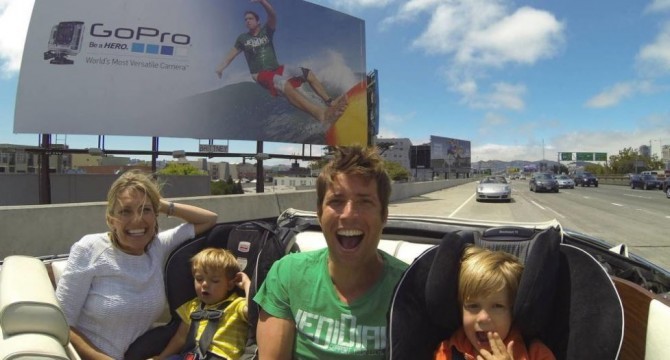 It should be mentioned that JP Morgan had the option to not allow Jill and Nick to forego the lockup. Furthermore, in addition to reducing his $5 billion stake to $4.5 billion (at yesterday's prices) Nick essentially just reduced the value of his remaining shares by $500 million. That's a total net worth drop of $1 billion overnight. But I think what Nick and Jill are doing is pretty commendable. Even if this market proves to be a bubble and GoPro explodes like Yahoo, they are striking while the iron is hot to ensure there will always be a large charity with their names on it helping people around the world. Here's a quote from Jill and Nick released late last night:

"We wake up every morning grateful for the opportunities life has given us. We hope to return the favor as best we can."

Update! After the markets closed on October 2, Nick and Jill Woodman released another statement that said the foundation has "no current intention" of selling any shares of GoPro. After falling as much as 14% yesterday, the stock eventually closed down 6.9%. As of this writing (the afternoon of October 3) GoPro is trading up 3% to $87.5 (almost back up to its pre-crash $90 range).