This Woman Just Made $150 Million Selling Her Company To Google… And She's Giving It All To Charity!!

By Amy Lamare on January 6, 2016 in Articles › Entertainment

Enterprise software veteran Diane Greene just pulled off a major coup. She sold her startup, Bebop Technologies, to Google's parent company, Alphabet, for $380 million. The acquisition was first announced in mid-November, but at the time, the deal had not been represented with a dollar figure. Now we know that Greene made $380 million on the stealth deal. For the sale of her company, Green received 200,729 shares of Alphabet Class C stock at $749.39 each. In other words, she just made $148.6 million! Time to order a super yacht…or not.

Diane Greene is a Silicon Valley legend. She co-founded the cloud software and service company VMware with her husband, Stanford computer science professor, Mendel Rosenblum, in the late 1990s. She served as the company's CEO until 2008, four years after it was acquired by EMC for $635 million. In the time between her stints at VMware and Bebop, Greene served as an advisor and angel investor for startups in the cloud space. Greene has been a member of Google's board of directors since 2012. Post-acquisition, she will also serve as Google's senior vice president of cloud business. Her experience is a boost for Google, who ranks a distant third in cloud computing to Amazon's Web Services and Microsoft's Azure. 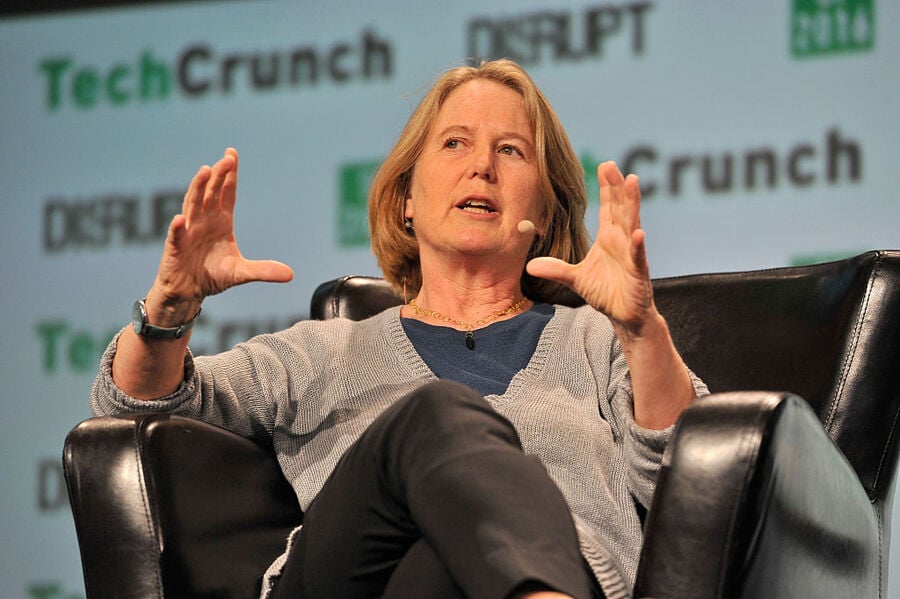 Greene needs the gig, despite the $380 million sale of Bebop, because she intends to give all of that money to charity via a "donor advised fund." Greene's husband is co-founder of Bebop and a part time employee of Google. He received 11,281 shares of Company C Capital Stock at $740.39 each for a cool $8.4 million. He will also be donating his shares to charity.

As if Greene wasn't altruistic enough, donating all those many hundreds of millions to charity, our sources tell us that Bebop was a labor of love for her and there is no way she would have sold the company to Google without it also being favorable to her employees.

The one-two punch of Greene and Rosenblum is exactly what Google needs to catch up in the race to dominate the enterprise cloud computing market.