By Amy Lamare on November 12, 2018 in Articles › Entertainment

Here's a multiple choice question for you. What happens when a top male executive sexually harasses a co-worker and is asked to leave the company. Does he

If your name is Andy Rubin and the company is Google, the answer is, rather unbelievably, C.

Rubin created the Android mobile platform, which Google purchased in 2005 for $50 million. After the acquisition Rubin joined Google and helped build Android into the huge success it is today. Android is the software used in 80% of the world's smartphones. Google's search engine made the company dominant on desktops, but Android made the company dominant on the rapidly growing mobile segment of the market. The apps and ads running on Android generate tens of billions of dollars for Google. 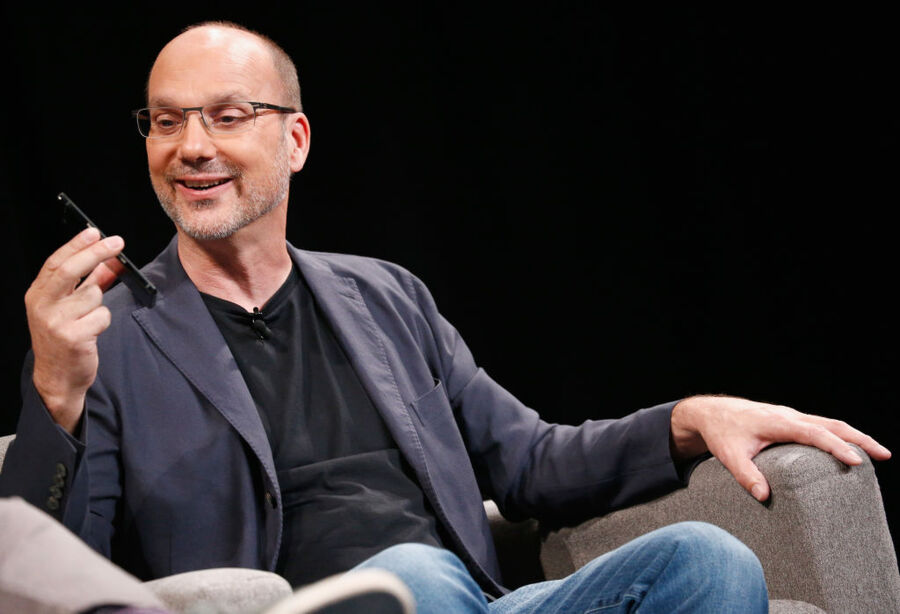 Rubin allegedly berated employees that worked under him, calling them stupid and incompetent. Google looked the other way. The company only took action when bondage sex videos were found on his work computer. His punishment? Google docked his bonus that year.

Rubin met his wife at Google. He also dated other women at the company while he was married, according to a number of people who worked with him. He had a consensual relationship with a woman on the Android team in 2011. Google's human resources department was not notified despite company rules requiring disclosure of relationships between employees.  In court documents, Rubin's ex-wife Rie categorized the relationships Rubin had during their marriage as "ownership relationships." He paid these women hundreds of thousands of dollars. In a screenshot of an email Rubin sent to one of these women in August 2015, he wrote:

"You will be happy being taken care of. Being owned is kinda like you are my property, and I can loan you to other people."

In the wake of his divorce, Rubin and his ex-wife are trying to sell their $34 million estate in Woodside, California.

Rubin was made a senior vice president in 2011 and was making $20 million a year in salary, bonus, and stock-based compensation. In 2012, Google lend Rubin $14 million to buy a beach house in Japan. The loan was given to Rubin at less than 1% interest. In 2014, Google gave Rubin a bonus of $40 million in stock and an additional $72 million in stock over the next two years.

In and around 2013, Rubin was casually seeing another woman on the Android team. They had been dating since 2012, but by 2012 but she was over him and wanted to break things off. However, she worried that it would hurt her career. She agreed to meet him at a hotel in March 2013 and he allegedly pressured her into performing oral sex on him. She waited about a year before filing a complaint with Google's human resources department. Her complaint launched an investigation into Rubin.

In September 2014, just a handful of weeks into the investigation, Rubin was awarded a stock grant worth $150 million to be paid out over several years. People close to the situation noted that this is an unusually high sum, even for Google. Generally, co-founder Larry Page recommends how much senior executives are paid. Over the years, Page reportedly felt that Rubin had not been compensated enough for his contribution to Android.

The investigation into Rubin found that the complaint against him was credible. Rubin denied it, but it was clear that the relationship was inappropriate, and Page decided Rubin should exit the company. Negotiations on his exit package began. Google determined that Rubin would be paid $90 million to exit the company. He'd receive that amount in the form of payments of $2.5 million a month for two years and $1.25 million a month for the following two years. The company also delayed the repayment of the $14 million beach house loan and prevented Rubin from working for rivals or publicly disparaging Google.

Google then went out of its way to make the separation seem amicable. Page issued the following statement:

"I want to wish Andy all the best with what's next," Larry Page, Google's chief executive then, said in a public statement. "With Android he created something truly remarkable — with a billion-plus happy users."

Unfortunately, Rubin is not the only Google exec to be paid big bucks in the wake of sexual harassment charges.

Google was founded in 1998 by Larry Page and Sergey Brin. It had a permissive workplace culture from the very start. It is widely known in Silicon Valley that Page and Marissa Mayer, who was one of the company's first engineers, dated. Former Google CEO Eric Schmidt once hired his mistress to work as a consultant at Google. In 2014, Brin had a consensual extramarital affair with an employee.

David Drummond joined Google in 2002 as its general counsel. He had an extramarital affair with a senior contract manager in the legal department. They began dating in 2004 and had a son together in 2007. Drummond didn't disclose their affair to the company until after his son was born.

In 2013, Richard DeVaul, a director at Google X, interviewed a young hardware engineer. During her interview, DeVaul told her that he and his wife were polyamorous. He invited her to Burning Man. She thought it was an extension of the job interview and brought conservative clothes. At DeVaul's camp, he asked her to remove her shirt. She refused. A few weeks later she was informed she did not get the job.

In 2015, an employee accused senior vice president of search Amit Singhal of groping her at an offsite event where the booze was flowing. Google found her claim credible and Singhal resigned. He left with an exit package that paid him millions.

As a result of all of these incidences of Google paying sexual harassers, a group of more than 200 engineers at Google are organizing a walkout for later this week in protest of how the company protects executives accused of sexual misconduct. This "women's walk" is expected to happen on Thursday, November 1st.