Australian golf legend Greg Norman was known as "The Shark" during his long and illustrious career. His signature long, blond hair and fit physique ripped up golf courses around the world during his prime. Since retiring, Norman has gone on to become a shark in the business world, too, as exemplified by his waterfront Florida estate.

Greg Norman bought the mansion on Florida's exclusive Jupiter Island in 1991 for $4.9 million. Now, the two-time Open champion has put the palatial estate on the market for $55 million. To be fair, that's a $10 million price reduction from when the property was first listed four years ago, but what's $10 million when you've got a net worth of $300 million? 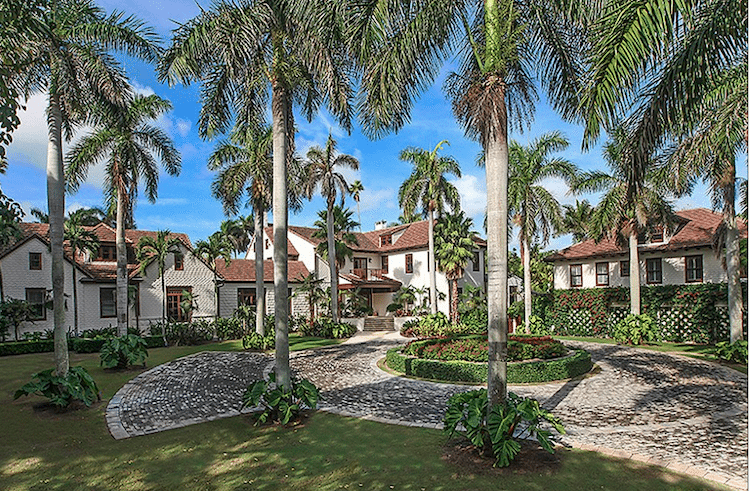 The house is called Tranquility. The property listing for the 26,000 square foot property has quite an interesting twist to it, as well. Typically, a house is listed by the number of bedrooms. However, in the case of Tranquility, it is listed by the number of buildings. The property holds seven separate structures. The main house is a colonial style home and the other buildings on the estate include a two bedroom, six car garage, oceanside guest house and a three bedroom carriage house with a four-car garage. The property also has a tennis pavilion with a quick drying court and clubhouse with covered observation patio overlooking the court. There is a resort style pool area with a 50-foot-long pool surrounded by stone platypus statues that function as water spouts. The estate also has a Polynesian style grill house, a gym, game room, home theatre, and of course, a putting green.

Tranquility also comes with a 165-foot deep water dock primed and ready for the new owner's luxury yacht. The eight-acre property stretches from the Atlantic on one side of the island, to the Intracoastal waterway on the other. Towering palm trees dot the lushly landscaped estate.

The main house was built in 1902 and has four bedrooms and seven and a half bathrooms. The home has vaulted wood ceilings, fireplaces, a wet bar, sun room and den. It has a gourmet kitchen with appliances by Wolfe, Miele, Subzero, and Bosch.

The final building is the one where 61-year-old Norman ran his business portfolio. 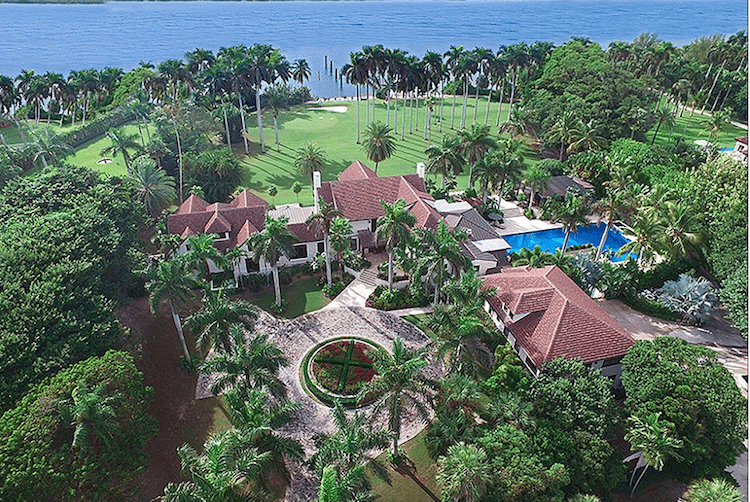 Greg Norman is a golf legend. He won two major tournaments – The Opens at Turnberry in 1986 and Royal St. George's in 1993. He won 90 other tournaments worldwide. Norman spent 331 weeks – more than six years – as the number one ranked golfer in the world. His two major wins are a bit underwhelming for someone who possessed such talent in the sport.

However, in the business world, Norman has known nothing but success. His Great White Shark Enterprises has interests in golf course design, wine production, eyewear, prime beef products, and asset-based debt lending.