By B. George Young on December 29, 2015 in Articles › Entertainment

GoPro CEO Nick Woodman has just joined the list of tech billionaires who own their own private yachts. That list also includes execs like Larry Page, Mark Cuban, Eric Scmidt, Paul Allen, and Larry Ellison. Woodman recently placed an order for a 180 foot yacht from the Dutch yacht maker Amels. While no price was revealed, yachts of this size typically go for somewhere between $35 and $40 million.

The type of yacht that the GoPro founder ordered should be able to accommodate 14 guests and 13 crew members. It will have room for water sports as well as a helipad, so Goodman can come and go as he pleases. These yachts are very time consuming to build and typically take about two years, so don't look for him out on the water any time soon.

Nick Woodman is known for being quite an adrenaline junkie, and traveled the world surfing in 2002 when he came up with the idea that would later become to the GoPro camera. Nick was able to offer the public a high quality, water proof camera that could be remote controlled and cost less than $300. GoPro went public in 2014 and Woodman's 45% stake helped him become a self-made billionaire. 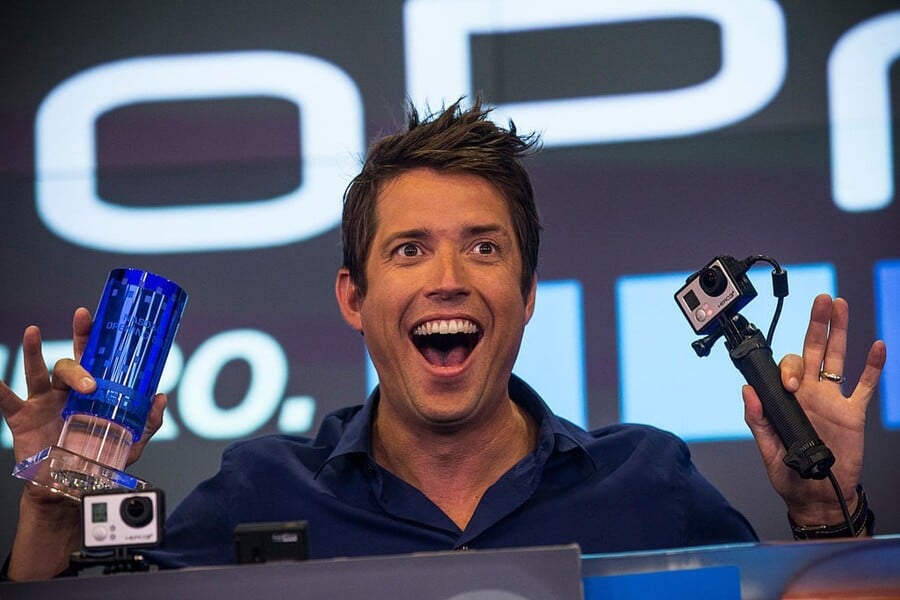 You can be sure that Woodman's yacht will be equipped with all kinds of GoPro cameras and that the ship will have plenty of room for his surfboards as well. Even though it may make the average person somewhat ill thinking about someone spending millions of dollars on a private yacht, Nick Woodman seems to be a really good guy.

After his first business venture failed, Woodman came up with the idea for a camera that could be used while surfing. He and his wife sold belts made out of seashells out of the back of his van and secured a small loan from his parents to help make GoPro into what it is today. Nick made good on a promise he made back in college to his roommate, which ended up being worth $229 million and making GoPro's first employee Neil Dana rich. Nick and his wife Jill also established the Jill + Nicholas Woodman Foundation at the Silicon Valley Community Foundation, and set aside $500 million of their shares for it.

It will be interesting to see exactly how Woodman customizes his yacht and to see some of the photographs that come from it. The adrenaline junkie turned billionaire CEO, who has a net worth of $3.5 billion, will soon be living the high life on the high seas.