Go Around The World In 26 Days Via Private Jet… Wait Til You Hear How Much It Costs!

If you've always dreamed of circling the globe in one trip without having to deal with commercial flights, airport security, long customs lines and other hassles, we've found the deal for you. Get out your checkbook, because it is going to cost you.

The luxury travel company Abercrombie & Kent is betting that there is a big enough market to fill the 50 seats on a chartered Boeing 757 bound for – well, everywhere. 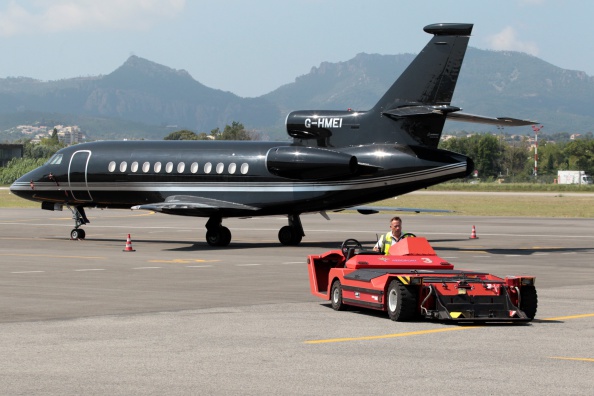 While the trip starts at a bargain basement price of $117,000, it can escalate up to $132,000 if you're traveling solo. Abercrombie & Kent, like so many other tour operators, imposes a "single supplement" on those who don't travel in groups of two or more.

The idea is that because all of the travel is done via private jet, the travelers will be able to explore more remote spots that are not typically accessible to commercial airlines.

Geoffrey Kent, CEO of Abercrombie & Kent, personally put together this around the world trip comprised of some of his favorite exotic destinations. He may be onto something for those privileged enough to drop $117,000 per person such a trip. The company previously sold out an around the world trip with stops in Uzbekistan, the Philippines, and Mongolia.

Tours by private jet is a growing and increasingly hot sector for the one percent. Recently, we wrote about the company providing college tours via private jet that cost up to $150,000. That package is offered by Magellan. They recently debuted a new package that carries families from their homes to a Caribbean resort via private jet.

"Families can anticipate feeling as if they had already checked into Four Seasons Resort Nevis simply by boarding the aircraft, as they will be handed Naked Turtle Rum Punches served in fresh coconuts upon boarding the paradise-themed Gulfstream 450," the company said in a press release.

Remember when we all strived just to be able to take luxurious vacations via a first class ticket on commercial airlines? These private jet packages have just upped the ante, proving that the one percent lives a very different life from the rest of us.