The Global EDM Market Is Now Worth $7 Billion

By Marvin Jules on June 8, 2015 in Articles › Entertainment

The Global EDM Market hit close to $7 billion this past year, according to the IMS Business Report 2015, released last week. According to the report, the EDM business worldwide had a value of $6.9 billion in 2014, which accounts for a 12 percent rise in revenue from 2013. The report estimates that North America accounts for 29 percent of the global market, which translates to $2 billion.

Though the EDM genre is continuing to grow worldwide, its growth has slowed when compared to past years. For example, in 2013, market revenue for EDM grew 37 percent in 2013, whereas this year, the growth is only at 12 percent. In addition, the growth rate for the top earning DJs in EDM rose only 12 percent last year, as opposed to a 43 percent growth rate in 2013. Lastly, EDM's share of U.S. track sales was stagnant from 2013 to 2014, with 4.6 percent of all tracks bought in the U.S. being EDM tracks. 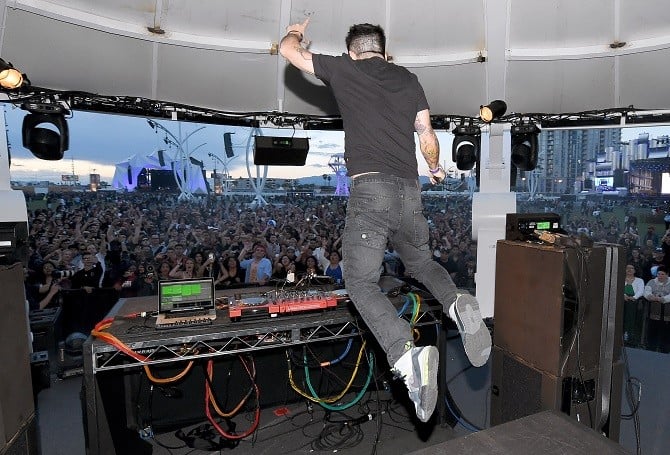 With that being said, EDM is still a cash cow. As noted in an article we posted last week, which listed the world's richest DJs, the top moneymaker, Calvin Harris, earned a staggering $66 million between March 2014 and March 2015, with a total net worth of $110 million. DJ Tiesto comes in a close second, with a net worth of $105 million, and Avicii comes in third with a respectable net worth of $75 million.

Though EDM is a relatively new genre, it has continued to grow on a yearly basis and seems to be here to stay for a long, long time.