Was The Glamorous Daughter Of A Dictator Poisoned To Death?

By Amy Lamare on December 6, 2016 in Articles › Entertainment

There's intrigue in Uzbekistan as the glamorous daughter of a former dictator of the country has been poisoned to death! Gulnara Karimova is the former richest woman in the Soviet Union. It was recently revealed that she died under very mysterious circumstances just a few months after her father's death from cardiac arrest. Now, there is concern that the same people who killed Gulnara could be after her son and daughter.

Gulnara Karimova was the 44-year-old daughter of Islam Karimov—the first president of Uzbekistan when it became independent in 1991. Depending on the source, Gulnara had either been locked up in a psychiatric hospital for two years, held under house arrest, or living in exile in Israel. Whatever her circumstances were, Gulnara was banned from attending her father's funereal in September and her friends had been growing more and more concerned about her fate. 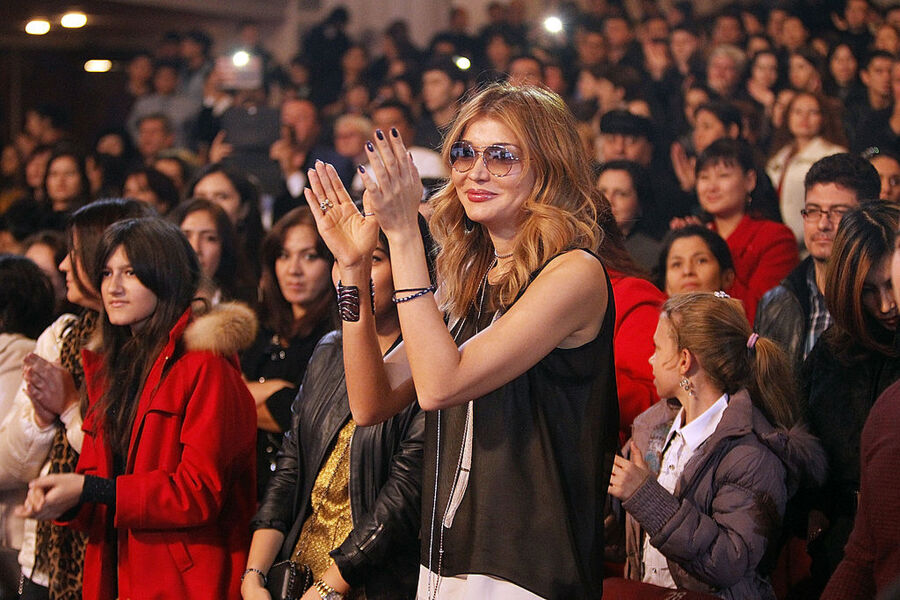 Gulnara got her master's degree at Harvard. She was a judo black belt, fluent in four languages, a professional jewelry designer, model, socialite, fashion designer, foreign diplomat, poet, and performer of a number one hit pop single. She was a living, breathing James Bond villainess who, at the height of her power, was the richest woman oligarch in the former USSR.

Gulnara was once the most powerful women in central Asia, but saw herself pushed to the sidelines as the groups around her father competed for power as his health declined. Gulnara had considered herself as the heir apparent.

Reports over her death are conflicting. The Central Asian news site, centre1.com, claims that an anonymous source in the Uzbek National Security Service personally attended her funereal. On the other hand, a human rights activist, now based in Europe, said contacts had sighted Gulnara walking alone in Tashkent dressed in black.

Either way, concerns are now raised for Gulnara's children. Her 24-year-old son, Islam, and daughter Iman, were led to believe that their mother was ill and rushed to Tashkent from London to be by her side. Friends now worry that whoever poisoned Gulnara will now target her children in a power grab for the presidency of the country.

Reports from those close to Gulnara claim that she was buried on the night of her poisoning at a site that was bulldozed soon after.

Uzbek's authorities are notoriously secretive and refuse to comment on the case. Regardless, with Gulnara's death, her father's fortune will be redistributed to other members of the ruling class.