When George Michael died on Christmas Day in 2016, the world was rather shocked. The news was especially shocking to George's ex-boyfriend of nearly 15 years, Kenny Goss. Making matters worse for Kenny, it was soon revealed that his former lover hadn't left him anything in his will.

At the time of George Michael's death, his net worth was at least $120 million and could have actually been as high as $200 million depending on the value of his real estate and music catalog.

Michael's will divided his estate between his two sisters, his father, relatives, and friends. The majority of his estate, including his two homes in London, was divided equally between his sisters Yioda and Melanie. His father, Kyriacos was left the horse racing stud farm where he's lived for many years. The remainder of George's wealth was split between seven friends and relatives including his former Wham! bandmate, Shirlie Kemp, and record producer, David Austin.

Kenny Goss claimed that Michael had been financially supporting him even after they broke up. Goss said he gave up his career for his relationship with Michael.

In late November 2005, it was reported that Michael and Goss planned to register their relationship as a civil partnership, but because of negative publicity and his upcoming tour, they postponed their plans. They split in 2009. 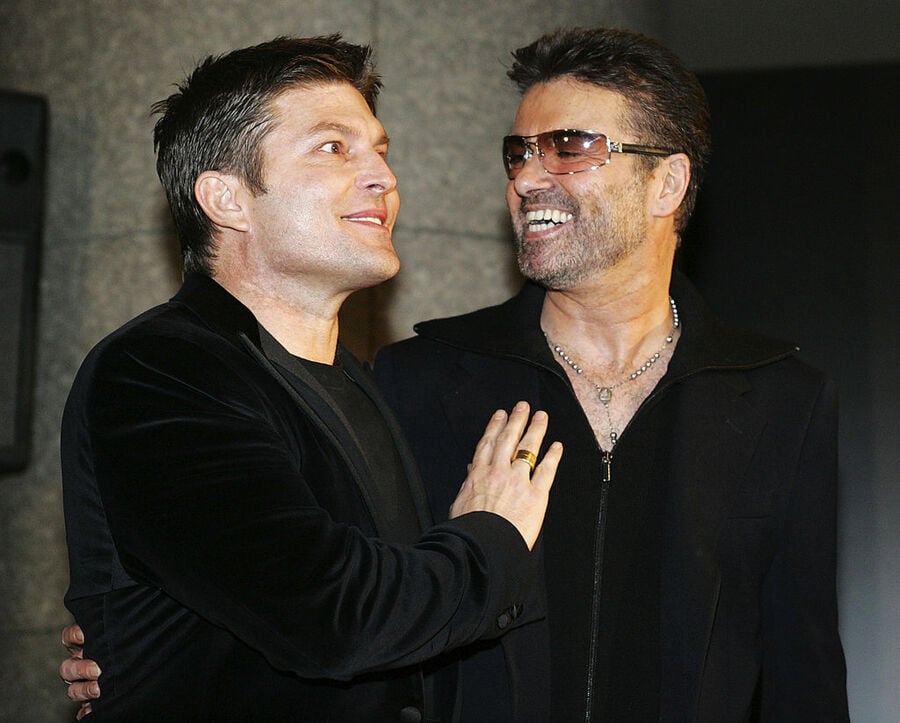 Goss originally asked for payments of more than $21,000 per month. The trustees of Michael's estate all but laughed at this request, vowing that Goss would never get a penny.

Goss sued Michael's trustees. The trustees included his sisters, his father and Christopher Organ, the co-executive of his estate using the Inheritance (Provisions for Family and Dependents) Act of 1975. The law allows people who were financially dependent on someone to lodge a claim from their estate even if they aren't in the will.

Sadly, this case was held up by the death of George Michael's sister Melanie. Melanie died on Christmas Day 2019, exactly three years to the day after the George died away at his Oxfordshire home. She was 55-years-old.

It was just revealed that Goss and Michael's estate have settled the matter out of court.