More than 30 years later, Star Wars is still beloved by millions of people. More than 30 years later, George Lucas is still earning a huge fortune off his creation. However, no one could have predicted a long, long time ago in 1977 when he introduced us to that galaxy far, far away, that one day he'd donate the bulk of his fortune and become one of the biggest individual philanthropists ever. Fame and massive wealth never lured George Lucas to the dark side, that's for sure.

In 2012, Lucas sold Lucasfilm, including the rights to the Star Wars and Indiana Jones franchises for $4.05 billion. The sale also included his companies Industrial Light and Magic (ILM) and Skywalker Sound. And since Lucas owned 100 percent of his endeavors, every last cent of the Disney sale went to his own bank accounts. 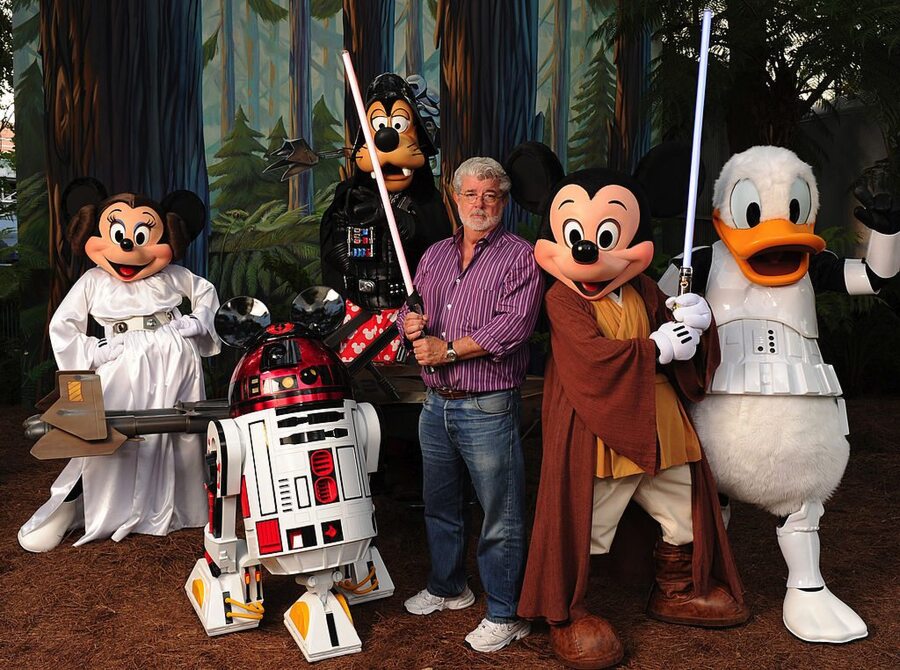 That's quite an amazing payday. Pretty much overnight, Lucas' net worth skyrocketed to $5 billion (that's after taxes). With that kind of money, Lucas could probably build a real life Millennium Falcon. Maybe even a Death Star. Amazingly, George doesn't plan to keep any of the Disney money.

This charitable move on Lucas' part isn't completely a surprise. After all, he did set up the George Lucas Educational Foundation to focus primarily on educational issues. It was through this foundation that in 2006 he made a $175 million donation his alma mater, USC. Over the years he's also given heavily to the Make-A-Wish foundation, Stand Up to Cancer, and the Film Foundation.

Another clue that Lucas wasn't going to take the Disney billions and laugh all the way to the bank is the fact that he signed Bill Gates' and Warren Buffett's Giving Pledge in July 2010. By signing this pledge, George is promising to give away at least half of his wealth before he dies.

When Lucas made the pledge to donate the Star Wars billions, he released a statement saying:

"For 41 years, the majority of my time and money has been put into the company. As I start a new chapter in my life, it is gratifying that I have the opportunity to devote more time and resources to philanthropy." 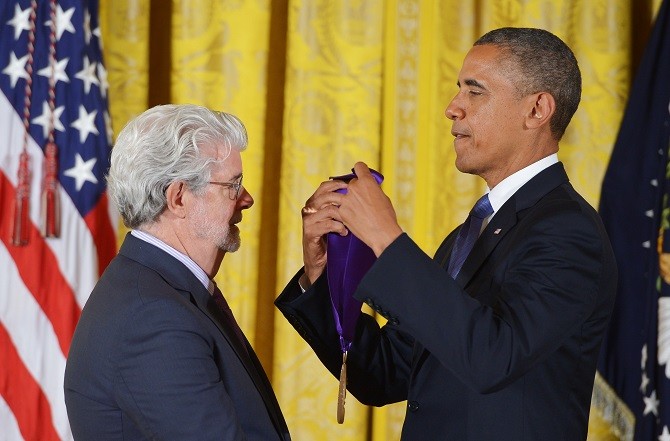 Lucas founded the George Lucas Educational Foundation and its offshoot, Edutopia, to reform and improve the state of Kindergarten through 12th grade education in the United States. The foundation emphasizes project-based, hands on learning over the current, much criticized focus on standardized testing.

When Lucas is done distributing the $5 billion from the Lucasfilm sale, he will be firmly entrenched as one of the world's biggest individual philanthropists. While Bill Gates and Warren Buffett easily eclipse him at a combined $45 billion in planned donations, Lucas enters a stratosphere of generous billionaires that includes Michael Bloomberg, Eli Broad, Carlos Slim Helu, and George Kaiser who have all contributed more than a billion dollars to philanthropic causes.

For now, George Lucas is the world's richest film director, but once he's done giving away his money, he'll happily relinquish that title as well. He is way more Obi Wan Kenobi than Darth Vader.