You just don't mess with those strong in the Force and no one is stronger with the Force than "Star Wars" creator George Lucas. When Lucas planned to expand his Lucasfilm production facilities on his Grady Ranch property in California's affluent Marin County, he was met with vehement opposition from his neighbors. The locals protested the project. Among their chief concerns were increased traffic, ruined views, and the potential for damage to the local environment. After years of legal wrangling, Lucas announced that it had scrapped the project in 2012.

In an April 2012 statement from Lucasfilm, the company said: "The level of bitterness and anger expressed by the homeowners in Lucas Valley has convinced us that, even if we were to spend more time and acquire the necessary approvals, we would not be able to maintain a constructive relationship with our neighbors."

Before Lucas bought the land, the 1,000 acre ranch had been zoned for residential use, and Lucasfilm originally planned to unload the property to a new owner so that it could revert to that use.

And then Lucas moved in and dropped a bomb on his wealthy neighbors like a boss. Lucas said:

"We've got enough millionaires here. What we need is some houses for regular working people."

Now that is a move worthy of a Jedi Master. 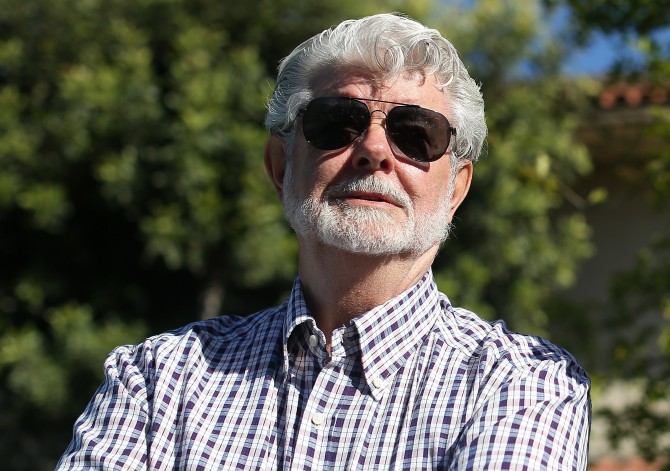 Lucas is working with the Marin Community Foundation to develop affordable housing on the Grady Ranch land.

And, even more incredibly, George Lucas is going to foot the bill for this project himself to the tune of at least $150 million. This will allow the project to speed along without having to deal with government entities that oversee affordable housing grants. It also means that the housing can be set aside for specific groups such as senior citizens, teachers, and nurses. If the proposal is approved, the community could be open by 2019.

Last week Lucas' representatives submitted the preliminary proposal to the County. It calls for a 224-unit complex to be built on 53 acres just to the north of San Rafael. There will be 120 two and three bedroom residences for working people and 104 one and two bedroom residences for seniors. The complex will also have a community center, pool, small farm, barn, orchard, interior roadways, and a bus stop. Income requirements for the complex could be set so that eligible residents had to make less than 80 percent of the area's median income.

Marin County is one of the U.S.'s most affluent counties with a median income of $90,839. When the proposal was first made public in 2012, the locals reacted predictably. They complained that the plan would bring crime into the area and lower property values. Lucasfilm and the developers have gotten letters from a board member of the Lucas Valley Estates Homeowners Association with sentiments like this one:

"You guys are going to get what you deserve. You're going to bring in drug dealers, all this crime and lowlife in here."

Additionally, the head of the North San Rafael Coalition of Residents told the New York Times that Lucas' plan was "inciting class warfare." Marin County has 7.7 percent of residents that live below the poverty line.

The entitled nature of Lucas' neighbors and his boss move for affordable housing may look like revenge, but the fact is Lucas has long been known for his philanthropic efforts. When he sold Lucasfilm to Disney in 2012, he both pledged his more than $4 billion profit to education and signed the Giving Pledge promising to give away at least half of his fortune.