By Amy Lamare on July 1, 2017 in Articles › Entertainment

Last week, George Clooney and his partners in Casamigos Tequila sold their stake in their business to Diageo PLC, a British liquor company, for a staggering $1 billion. Clooney teamed up with Cindy Crawford's husband Rande Gerber, went out and found a master distiller, and got to work creating their own brand of tequila. Originally, it was designed just for Clooney and the Gerber-Crawfords – in fact, Casamigos is loosely translated from Spanish as "house of friends" but they started selling it commercially in 2013. Oprah Winfrey called it her favorite tequila.

Clooney isn't the only celebrity to make big money outside of the entertainment industry. Dr. Dre famously sold his headphone brand Beats by Dre to Apple in 2014 for $3 billion. There are a number of actors and musicians who've made significant fortunes in business. From music streaming to diapers to active wear to another tequila brand, these five celebs founded successful businesses. 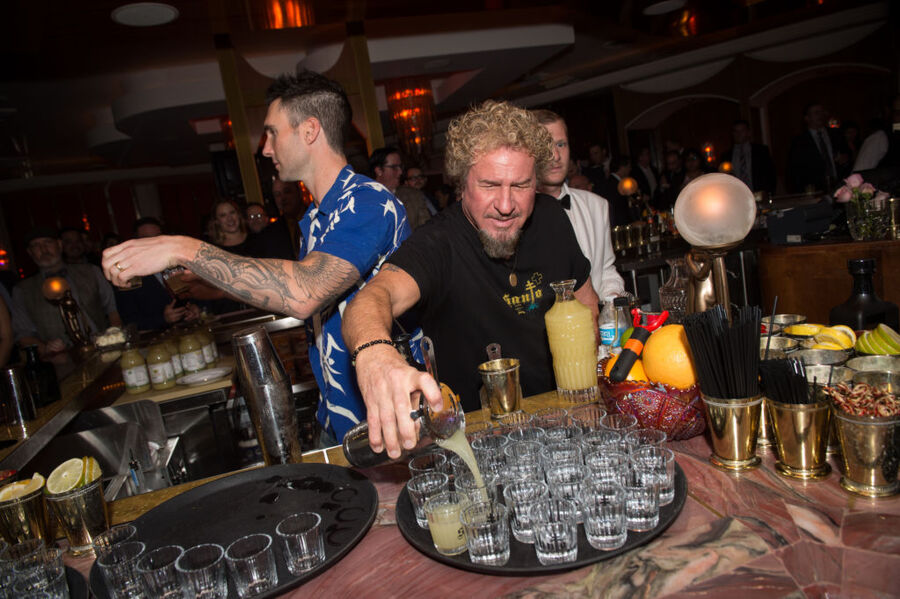 Jay-Z's net worth increased 30% in the past year thanks largely to a $200 million investment in Tidal from Sprint. The music streaming service is now valued at $600 million, which is more than 10 times what Jay bought the company for just two years ago. Jay-Z's entertainment company Roc Nation and his champagne brand Armand de Brignac also helped boost his bottom line.

Jessica Alba co-founded The Honest Company in 2011. The company sells nontoxic household products and is known for its Honestly FREE Guarantee that promises to tell customers the origins of the products. In 2015, The Honest Company was valued at $1.7 billion. Recently the brand has been hit with lawsuits alleging that its marketing was not as honest as it claimed.

Gwen Stefani founded her clothing brand L.A.M.B. in 2003 to reflect her own iconic style. The name is an acronym of her debut solo album Love. Angel. Music. Baby. The line sells shoes, handbags, and sunglasses and were featured at New York Fashion Weeks from 2006 to 2008. The brand was popular with Reese Witherspoon, Carrie Underwood, and Cameron Diaz to name just a few celebrities. L.A.M.B. began as a passion project in Gwen Stefani's kitchen.

Kate Hudson has found great success with her athletic-wear line Fabletics. The line is owned by JustFab and is the company's fastest growing label. Sales tripled from $50 million to $150 million from year one to year two. Fabletics plans to keep on growing and has plans to open up to 100 brick-and-mortar stores over the next three to five years.