What a person does with their money, says a whole lot about them.  Some people keep it close, saving it, never sharing it with anyone.  Some people take their wealth for granted, spending their money "willy-nilly" without any thought of the future. Some people strike a balance, carefully parceling it out, bit by bit.  A small group of people take their money, and use it to affect great change.  Harris Rosen, an entrepreneur based in Florida, is part of the latter group.  Though he came from very humble beginnings, he eventually amassed a sizable fortune, estimated in the hundreds of millions of dollars.  Rather than sit on his millions, however, he felt it necessary to change the world around him for the better.  The way he invested his money, has had a ripple effect that will change the lives of generations to come.  Here's how one generous man, with a surprisingly simple plan, made his corner of the world an infinitely better place.

Harris Rosen was born on September 9, 1939 in New York City.  He grew up in Hell's Kitchen.  While that area of Manhattan is now home to high-end restaurants, clubs, and high rises, in the 40s and 50s, it was a ghetto.  Apartments seemed to be stacked haphazardly on each other, the homeless were crowded under any available overhang, and the area was loud, dirty, and unsafe.  While in elementary school, Mr. Rosen would escape the poverty stricken area by helping his father complete and place hand-lettered place cards for major banquets held at the Waldorf-Astoria.  The world of the Waldorf-Astoria, and the people he met there, including Marilyn Monroe, made him yearn for something better.  His mother made it clear that the only way out of their current situation was through a good education.  He took her lesson to heart, and through handwork and focus, he graduated with solid grades and a scholarship to Cornell University.

He graduated from Cornell with a B.S. in Hotel Administration, and then spent three years in the U.S. Army stationed overseas.  After returning, he dove right back into working in the hospitality industry, working at the very hotel where he discovered that there was something beyond the world outside his door. He began as a convention salesman for the Waldorf-Astoria, and then moved on to work for Hilton Hotels and the New Yorker Hotel.  He was eventually hired by the Walt Disney Company, where he became instrumental in the development of their Contemporary, Polynesian, and Fort Wilderness resorts.  However, something wasn't quite working.  The higher ups at Disney ended up firing him because he didn't have a future as "a company man".  He decided their assessment was true, and set about to do something about it.

In the early 70s, he used his last $20,000 and bought a Quality Inn in Orlando.  The hotel had 265 rooms.  Fast forward almost 40 years, and he has built one of the most successful privately owned hotel groups in the world.  It is the largest in Florida, in fact.  He still works out of his office in the little 265 room hotel that started it all, and his own home is pleasant, but far from opulent.  Instead, Harris Rosen has dedicated the majority of his millions to making the world a better place in a very tangible way.

First, he donated $10 million and 20 acres of land to the University of Central Florida, so that they could expand their hospitality program.  The newly named Rosen College of Hospitality Management, opened in 2004, and the gorgeous campus is a combination of all of the best portions of other hospitality management campuses around the world.  The college is now home to 3500 students, and is the largest hospitality program in the United States.

Not content to stop with that massive bit of philanthropy, Mr. Rosen turned his eye towards helping a local neighborhood.  The Tangelo Park area is a portion of Central Florida that was originally orange groves.  Most of the people living there were people who worked the groves.  Over the years, the groves disappeared, but the poverty and isolation of the area did not.  Mr. Rosen saw something in the neighborhood, maybe something that reminded him of his own childhood.  He came up with a surprisingly simple and effective plan for changing the face of the area, over the course of a one hour conversation with four colleagues. 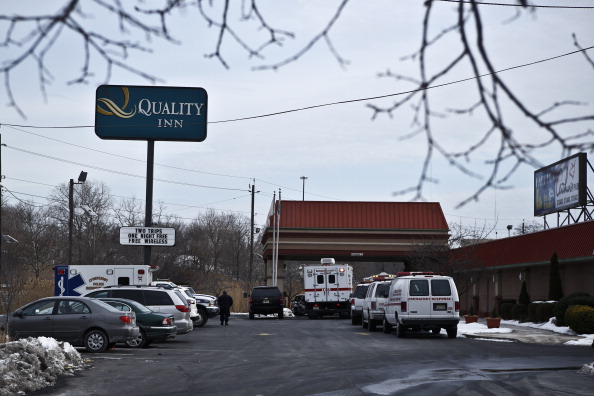 In 1993, he launched the Tangelo Park Program, a multi-tiered project dedicated to education.  The program provides access to free preschool for ages 2 to 4.  Parents of children in the program also have the option of receiving technical training and taking vocational and parenting classes.  Every high school graduate from the area that is accepted to a Florida public university, community, state college, or vocational school receives a full Harris Rosen Foundation scholarship.  The scholarships cover tuition, living, and educational expenses until the student graduates.  Since the program started, 200 students have earned the Rosen scholarships, and 150 of those students have graduated.  The program has now been in existence long enough that students who benefited from the pre-K program, are now entering college on the Rosen Scholarship.  Harris Rosen's generosity has completely changed how children in the area view themselves and their futures.  The program has even made it possible for some adults to finally attend college.  To date, he has used $9 million of his own funds towards the program.  He plans to continue sponsoring the education of children in the area, until the economic landscape of the community has been positively affected.  As he puts it, "I will be involved in the program until Tangelo Park is a gated community and the average home is selling for $1 million.  Then I'm gone."

Not content to rest on his laurels, in April 2014, Harris announced that he was launching a scholarship program to help children in the Orlando neighborhood of Parramore.

He also has a program aimed at building low-cost housing in Haiti. In January 2012, Harris purchased a 60-acre plot of land in downtrodden area of the Haitian city of Hinge. He is now in the process of building hundreds of low-cost single family homes. The homes will cost just $5000 and can be purchased with extremely low down payments. As if that wasn't amazing enough, Harris' company is even offering to finance the mortgages over 100 years at just 1% per year. That is truly incredible.

While his goals may seem lofty, you need only look where he came from to understand why he believes changing the world is possible.  Harris Rosen did what his mother said.  He got a good education.  He didn't take that education for granted, though.  He worked hard, and then he took the money he earned, and made sure that other people would have the opportunities he had.  If what a person does with their money says a whole lot about them, then Harris Rosen's money choices make him one of the kindest, most generous people on the planet.  This planet would be a truly amazing place, if there were more men and women like him.