By Simon Gerard on October 2, 2011 in Articles › Entertainment

After dating for 28 years, Gene Simmons and Shannon Tweed have finally married. Simmons, the 62 year old frontman for legendary rock band KISS and the 54 year old Canadian actress, model and former Playmate of the Year tied the knot October 1st at the Beverly Hills Hotel.

They exchanged personally written vows with 400 guests in attendance, including Playboy founder Hugh Hefner, comedian and political commentator Bill Maher and the members of KISS.  The couple's kids, Nick and Sophie were in attendance as well. Sophie served as maid of honor and performed the song for their first dance. 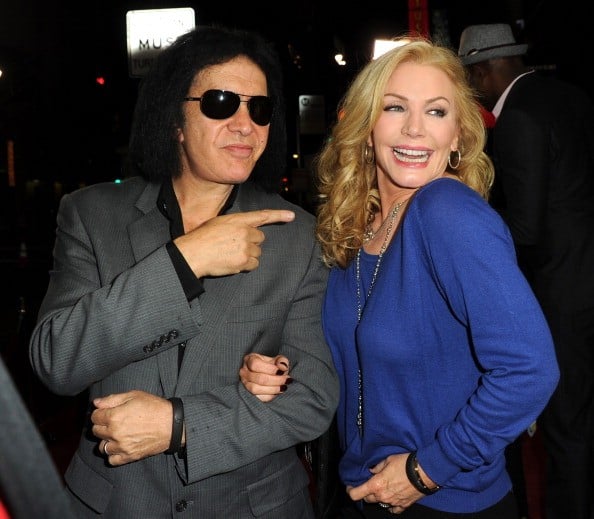 Gene Simmons needs no introduction, but here's a little bio for those not familiar. He was born Chaim Weitz in Israel in 1949. When he was 8 years old he moved with his mother and siblings to Queens in New York City.  His intrest in playing music started from a young age and finally saw success when he formed KISS and released their first album in 1974. KISS is still one of the most successful rock bands in the world, having sold over 100 million albums worldwide.

With a 28 year history together, Simmons and Tweed have often described their relationship as "happily unmarried". They finally made the announcement when Simmons proposed to Tweed while they were vacationing in Belize. The proposal was also the season finale to their reality show documenting their family life called Family Jewels on A&E. It ended up being the highest rated episode of their six seasons, pulling in 3 over million viewers. The wedding will be featured in the next episode of Family Jewels on October 4th.

The couple has had a turbulent relationship, with Gene Simmons being a famous womanizer who has claimed to have slept with thousands of women. Shannon Tweed has publicly admitted the last two years of their marriage has been rough and anyone who has followed Family Jewels would agree. With Gene Simmons' notorious lifestyle we'll have to wait and see the drama unfold in the new season of Family Jewels.