It goes without saying that if you are planning a music festival, you should be planning it more than a year out. You are basically building your own temporary city. Well, that is news to Fyre Festival's Billy McFarland. Reports continue to surface with truly unbelievable details. Serious logistical planning didn't commence until early March – less than two months before the festival. A month before the festival, the organizers did not have toilets or showers. Not only that, they were out of money to hire a supplier and a barge to get those toilets and showers to the island. Even worse, McFarland didn't seem to realize that an island with little to no infrastructure would require having everything shipped in. I guess he thought it would all just materialize out of thin air.

It is rather shocking to learn that festival organizers contacted a toilet and shower supplier in APRIL – a week or so before tens of thousands of revelers were arriving to party on yachts with models as they had been promised by the Fyre Festival's advertising. Those toilet and shower suppliers told McFarland and his people that there was no way on earth they could get the required supplies through customs in time for the festival, that takes weeks. 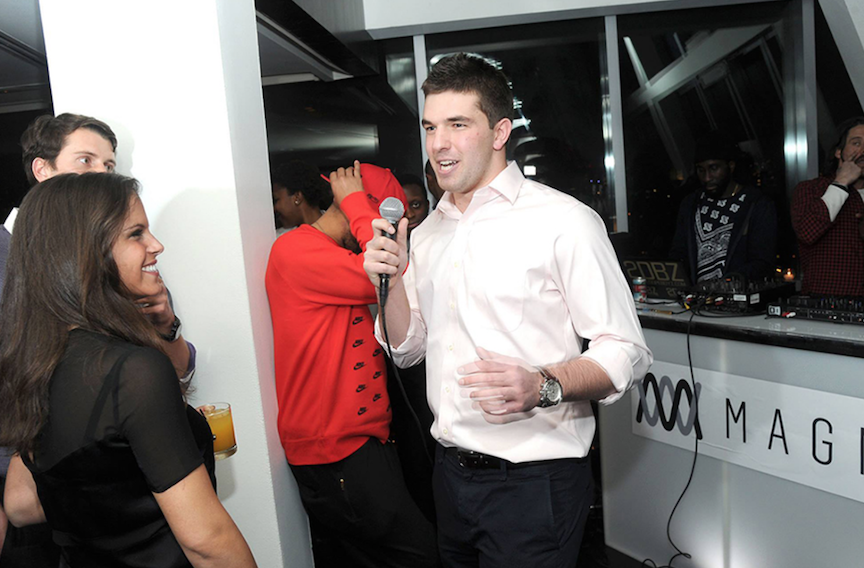 Even if McFarland had been able to get the equipment to the island in time, he didn't have the infrastructure to support it and he also had no understanding of what it took to get the supplies the festival needed to the remote island. Reportedly, they said:

We all know how well that turned out for McFarland's ill-fated festival. On Saturday, April 29, Bahamian customs officials shut down the festival.

ABC News reported the following quote from the Bahamian Ministry of Tourism:

"Customs has the area on lock down because Billy has not paid Customs duty taxes on the items that he imported."

The thing is, there's no way that McFarland didn't know he was in big trouble. Countless numbers of former Fyre Festival employees have spoken out and detailed how everyone knew months in advance that the festival would not be able to deliver on the majority of its promises. This wouldn't be the luxe yacht-setting lifestyle experience advertised. McFarland and his investors had nothing to offer except slick, glossy advertising featuring models.

Everything about the Fyre Festival was last minute. McFarland dreamed up the idea in October 2016 and decided to throw the world's douchiest party just six months later. Oh, and, this will come as no surprise now, but it was the first time McFarland ever staged an event of this size.

Knowing that, the epic failure makes more sense. Rather than ensuring his guests had toilet facilities, McFarland spent $250,000 on a single Instagram post from Kendall Jenner. He spent hundreds of thousands more on other "influencers," who were each paid at least $20,000 per post. Those posts are now the subject of a class action lawsuit. The FTV requires sponsored posts be labeled as such. Only Emily Ratajkowski labeled her Fyre Festival posts as an ad.

People who worked for the Fyre Festival describe the planning of the event as an extended frat party during spring break. McFarland would gather up some buddies and fly to the Bahamas and nearby islands every weekend. They weren't scouting locations or securing vendors, however. They were partying. And let's be clear, this was a boys club. Even in meetings, McFarland and his inner circle talked about women and what they planned to do to them in derogatory tones. One employee said that McFarland left the door to the bathroom open while he urinated so that everyone could see.

The most  famous line out of all the Fyre Festival coverage has to be:

That was uttered by a man on the marketing team when someone advised them that they should postpone the festival until 2018.

McFarland and team had no intentions of postponing, but by March, it was also pretty clear that they'd sold tickets to an event that they could not put on. They were low on cash. McFarland spent millions on marketing and celebrity endorsements and had no money to pay his staff, vendors, and bands. Meanwhile, the money to the influencers continued to be paid.

The festival had an agreement with chef Stephen Starr for gourmet catering. Starr cancelled the agreement in early April. The festival had failed to make agreed upon payments to him. Several former employees and one manager for one of the bands scheduled to pay the festival have said they had a hard time getting paid. Many were paid in cash directly from McFarland. Regular payroll stopped abruptly in October. Still, the influencers and models kept getting paid.

The festival also went through a number of production teams. Some were fired for telling McFarland that the job was impossible. Others quit when they didn't get paid. One production team arrived in Miami to find that the credit cards Fyre had provided to the hotel didn't work.

The first website for the festival was also cancelled after the company who created it failed to get paid.

Many vendors involved with Fyre Festival still haven't been paid.

The festival had projected 40,000 ticket sales by the end of March. That number was lowered to 20,000. Ticket sales were slow and many tickets were sold at deep discounts. Despite advertising an elite luxury lifestyle, that wasn't who the festival was aimed at. It was aimed at people who wanted that lifestyle but couldn't afford it.

Originally, the festival was to take place on a private island in the Bahamas once owned by drug kingpin Pablo Escobar. Escobar never owned an island in the Bahamas. Instead, the festival site was an abandoned lot on a public beach near a Sandals resort. To sell tickets, the festival advertised deluxe "rustic lodge" style tents and villas as lodging options. Once tickets were sold, the festival changed the tents to the FEMA style disaster relief tents we've seen all over social media. The villas they advertised—and sold—never existed. They were never going to exist as McFarland and his team of bros listed them as a joke.

Ticket holders who emailed the festival were ignored. They didn't know when they were flying to the Bahamas or where they were flying from until just a few days before it was scheduled to start.

On the day before the festival was scheduled to begin, McFarland and other key people from Fyre started issuing warnings to their celebrity VIP guests. They told them not to come.

But wait, there's more! Rather than retreating and finding something else to do with his life, 25-year-old Billy McFarland and his merry band of bros are offering ticket holders free tickets to the 2018 Fyre Festival rather than the refund they were promised.

"Would you prefer to exchange your 2017 ticket(s) for additional 2018 VIP passes, as opposed to receiving a refund? (Ex: If you purchased 3 passes for 2017, you would receive 6 total 2018 VIP passes)," the form asks. "We have received support and commitments from several musicians to perform at next year's event. We would be so thankful to have your support as well."