Remember Billy McFarland? He's the 26-year-old who came up with the idea for the Fyre Festival. He promised aspirational millennials a life changing music festival on the beach in the Bahamas. He teamed up with rapper Ja Rule and set out to fund and promote his big idea. We all know what happened next. Festival goers who paid thousands – $4,000 to $250,000 for a group VIP experience – were left stranded with FEMA tents as accommodations, cheese sandwiches in styrofoam containers, no water, and a festival site rife with thieves, feral dogs, and violence. To add insult to injury, all the bands scheduled to appear bailed out before the festival started.

Maybe McFarland just had dreams that were bigger than his means and things got out of control. Nope. He was found to be leading a scheme selling fake tickets to high end events like the Grammy Awards and Met Gala WHILE he was awaiting sentencing for the wire fraud conviction related to the Fyre Festival. 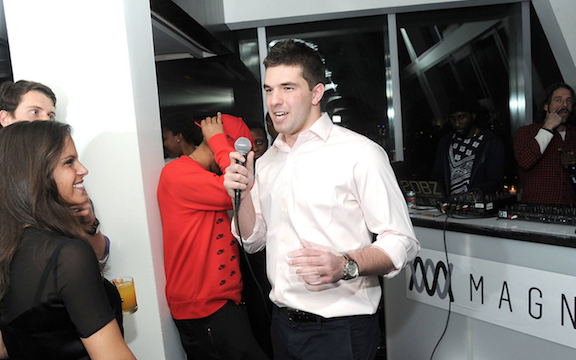 In March, McFarland pled guilty to two counts of wire fraud for bilking Fyre Festival investors and vendors out of about $26 million. He has been free on pretrial release while awaiting sentencing. Instead of contemplating all the things he did wrong, he decided to launch another scam. Now he's charged with an additional charge of wire fraud for selling fake tickets as well as a charge of money laundering.

NYC VIP Access claimed to buy and sell tickets to exclusive events including Super Bowl LI, Coachella, Burning Man, and a dinner with LeBron James. When customers bought the tickets, McFarland either did not provide the tickets as advertised or didn't provide the tickets at all. One couple from Florida bought tickets to the 2018 Grammy Awards for $700 each. They flew to New York City for the event and were turned away at the door with their fraudulent tickets. McFarland reportedly set the company's bank account up in an employee's name to hide his role in the company.

He was arrested on these new charges and his bail has been revoked. A judge deemed him a flight risk and a nonviolent threat to the community. He is facing up to 40 years in prison from the Fyre Festival charges and has number of civil suits filed against him. He will be sentenced July 26th. His current plea deal calls for him to spend between eight and 10 years in prison.