By Paula Wilson on December 26, 2013 in Articles › Entertainment

Jim Carrey's crazy, no-holds barred performance in the live-action version of "The Grinch Who Stole Christmas", made him an indelible part of the holiday pop culture landscape.  There are families who have made watching the film a necessary part of their holiday preparations.  From the moment Jim Carrey truly burst onto the scene in the early 90s with his wild performances on the sketch comedy "In Living Color", through his work in such popular films as "Ace Ventura", "Dumb and Dumber", "Lemony Snicket's A Series of Unfortunate Events", and "Yes Man", he has always pushed the character envelope for big laughs.  His fearlessness earned him big paychecks, too, and he now has a net worth $150 million.  However, his early years were anything but funny, and his drive to succeed was partially fueled by a strong desire to never have to relive his childhood experiences.  As Abraham Lincoln said, "I laugh because I must not cry…".  In Jim Carrey's case, that was very true. 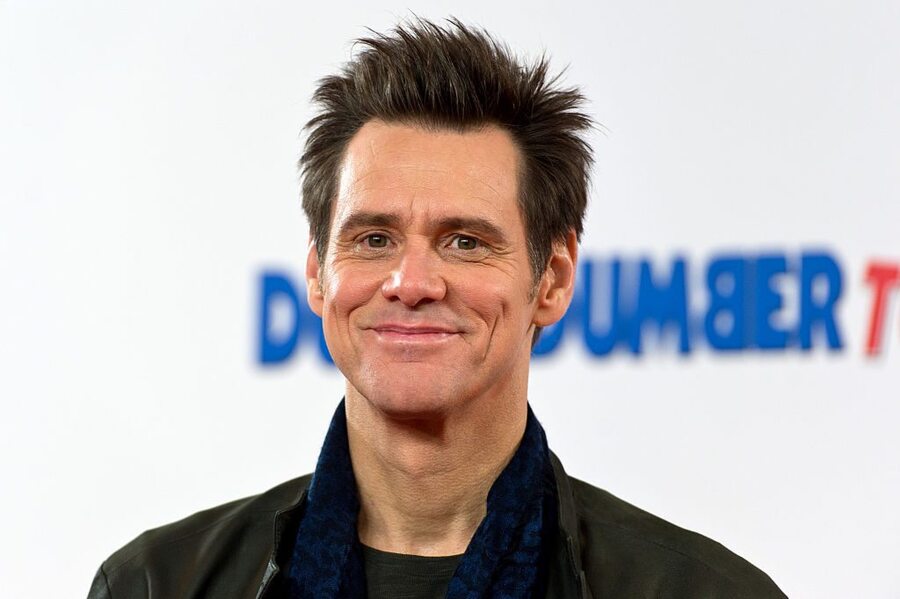 Jim Carrey, also known as James Eugene Carrey, was born in Newmarket, Ontario, Canada on January 17, 1962.  He was the youngest of four, and grew up with a stay-at-home Mom and a musician father.  His father knew that supporting four children as a musician was going to be difficult, so he found a "real job".  However, he later lost the job, and everything in the Carrey family's life quickly spiraled out of control.  Money had always been tight, but without his father's salary, they lost their apartment.  The family moved into their van.  Then, in order to help support the family, Jim Carrey left school, and began working as a janitor.  He was 15.  He was filled with so much rage that he used to carry a baseball bat around on janitor cart because he "wanted to beat the heck out of something".  The family eventually relocated to Scarborough, Ontario, Canada, where he was able to enroll in school again briefly.  However, he eventually had to drop out again in order to continue supporting his family.  His mother also suffered from a chronic illness that required constant care, and he split his energy between working full-time and caring for her.

During all of this, he attempted to launch a stand-up comedy career.  His father drove him to his first professional gig at Toronto's "Yuk Yuk's" comedy club.  He received a dismal reception, and between his family's financial issues and his lack of success, he put his performance aspirations on hold.  However, in the late 70s his family was able to get back on track financially.  He decided to give comedy another try.  This time, he was much more successful.  The critical raves started rolling in.  His career took a distinct upswing when Rodney Dangerfield invited the young comedian to open for him on tour.  From there, he went on to perform in Las Vegas, and then made the move to Hollywood.  By the early 80s, he was a popular regular at The Comedy Store, and appeared on "The Tonight Show" in 1982.  His stand-up routine, which featured his amazing facility with impressions, was packing houses each night, but he knew he wanted a career in television and film more.  Throughout the 80s, he slowly built up a resume of increasingly high-profile roles in such film and television projects as "Rubberface", "Copper Mountain", "The Duck Factory", "Once Bitten", "Peggy Sue Got Married", "The Dead Pool", and "Earth Girls Are Easy".  In 1990, he began working his friend and "Earth Girls…" cast mate, Damon Wayans, on a show called, "In Living Color".  The sketch comedy, which had been created by Damon's brother Keenen, made household names of all of the cast members.  In 1994, Jim Carrey took his career to the next level, starring in the comedy, "Ace Ventura: Pet Detective".  The film was a massive hit worldwide, and catapulted him into the spotlight.

He has since gone on to release an astounding number of very popular features.  At the height of his popularity, he was earning $20 million per feature.  While not all of his films have been critical darlings, he has managed to connect with audiences around the world.  His films have made incredible amounts of money for the producing studios, and are regularly included on "best of", "greatest" and "favorite lists".  Some of his projects include "The Mask", "Dumb and Dumber", "Batman Forever", "Ace Ventura: When Nature Calls", "Liar, Liar", "The Truman Show", "Man on the Moon", "Me, Myself, & Irene", "How the Grinch Stole Christmas", "Bruce Almighty", "Eternal Sunshine of the Spotless Mind", "Fun with Dick and Jane", "Yes Man", "I Love You Phillip Morris", and "Kick-Ass 2".  He has won two Golden Globe Awards, and been nominated for multiple Golden Globe, SAG, BAFTA, and Saturn Awards, among many other honors.  He also recently made a foray into writing, and penned his first children's book, "How Roland Rolls".  The story was a 2013 Gelett Burgess Children's Book Honoree.

When Jim Carrey was working as a teenage janitor to support his homeless family and his ill mother, he probably never imagined how far he would come.  The dream was there, but it must have looked very nearly impossible to achieve.  However, he stuck to his goals, and now, thirty-five years later, he has accomplished what he set out to do, and more.  He chose to laugh rather than cry.  More importantly, he chose to make those around him laugh, as well.  That decision spawned one of the most successful and prolific comic careers in Hollywood history.