By Amy Lamare on December 28, 2015 in Articles › Entertainment

Millionaire entrepreneur Joy Mangano is the queen of HSN, as an inventor, and a self-made millionaire. Her rags-to-riches story is inspiring. After struggling for years as a single mom following her divorce, Mangano invented a mop that went on to sell millions of units. Suddenly she was no longer struggling to pay the bills and her invention became a household name. This is the story of how Joy Mangano went from being a divorced, single, struggling mom working low-paying jobs to a multi-millionaire inventor.

Joy Mangano was born on May 3, 1956, on Long Island, New York. She grew up in Huntington, New York and got her start inventing at an early age. She worked at an animal hospital as a teenager, where she devised a fluorescent flea collar for cats and dogs, so that cars could see them at night. She was definitely onto something with that idea, as Hartz debuted a similar product just a year later.

Mangano majored in business administration at Pace University in New York. After she graduated in 1978, she married her college sweetheart and had three children, all in quick succession. A decade later, she was divorced, in her early 30s, and trying to make ends meet with a variety of jobs. During this time, she worked as a waitress and airline reservations manager, while raising her three young children.

Cleaning up after three children turned out to be the inspiration behind Mangano's best known invention: The Miracle Mop. She spent a few years developing a self-wringing mop. She created a prototype and had 100 made. The process cost her $100,000, which she paid for out of her savings and a number of loans from family and friends.

The first year, she hit the road and sold a few thousand Miracle Mops at trade shows and in local Long Island stores. The mop was brought to the attention of executives at home shopping network, QVC, which wanted to feature it in their programming. They ordered 1,000 mops, and at first, they sold slowly. At one point, QVC wanted to return the mops to Mangano. However, once Mangano convinced QVC to let her go on-air in 1992 to sell the Miracle Mop herself, things really took off. She sold 18,000 mops in 20 minutes! 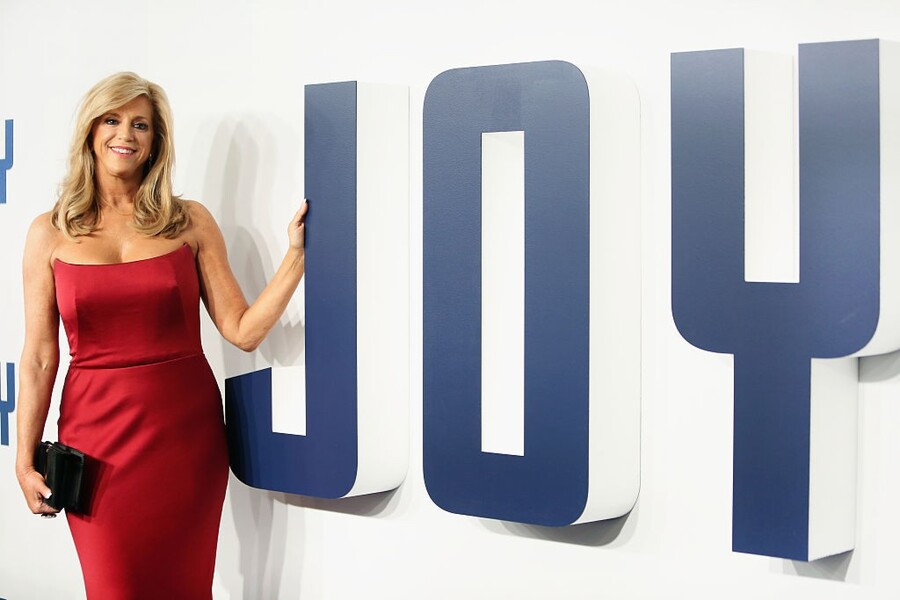 Sales of the Miracle Mop continued to skyrocket. Additionally, Mangano became a QVC pitchwoman after demonstrating her sales prowess with her marvelous mop. Several years later, Mangano moved to the Home Shopping Network. She continued to invent practical household products and holds more than 100 patents through her company, Ingenious Designs.

By 1999, she had sold Ingenious Designs to HSN (while staying on as its president), and the Miracle Mop was making $10 million a year. Some of Mangano's best-selling inventions include the Clothes It All luggage system, a rolling suitcase with a removable garment bag, and the Super Chic vacuum, which releases a fragrance into the air as it glides across carpet. She also created the Huggable Hanger, which is an all-time best-seller for HSN, with more than 300 million sold. The thin, velvet coated hanger was even endorsed by Oprah Winfrey.

Joy Mangano has a net worth of $50 million. Today, she lives in a mansion that is a far cry from the small Smithtown, New York home she shared with her three children in the 1980s. Her rags-to-riches life story is now at a theatre near you. Joy stars Jennifer Lawrence, Bradley Cooper, and Robert DeNiro. It opened Christmas Day and has already been nominated for a Golden Globes for Best Actress and Best Picture.