By Chris Kelley on February 11, 2016 in Articles › Entertainment

You might know this Cuban-born public personality as MTV's very first Latina VJ. Or maybe you recall her successful campaign with beauty brand Revlon, but what you might not know is that Daisy Fuentes has literally built a retail empire… An empire that has resulted in a $75 million net worth.

Fuentes was born in Havana, Cuba, and after her family fled the tumultuous country for Spain, she learned to speak English watching episodes of I Love Lucy. Her family eventually relocated to the United States, where Daisy began her modeling career before even earning her high school diploma. As a young college student, Fuentes pursued her interest in television by accepting the role of weather girl at New York Telemundo affiliate WNJU-TV, leaving behind dreams of one day joining the beauty and cosmetics industry—for now, anyways.

After gaining exposure behind the camera through both Telemundo and Univision, Fuentes found her niche in 1988 when she was hired to host the one-hour Spanish language music show, MTV Internacional. By 1993, Fuentes was part of MTV, making waves as the channel's very first Latina VJ. Her MTV exposure and status as a pop culture personality landed her countless gigs: from hosting America's Funniest Home Videos, Miss Teen USA, Miss USA, and Miss Universe to starring in ABC's soap opera Loving to gaining her own talk show on CNBC. However, it was a chance deal with Revlon that brought Fuentes front and center in the beauty industry world.

Daisy joined the ranks of Revlon beauties such as Cindy Crawford and Halle Berry, becoming the company's very first Latina spokeswoman. The Latin trailblazer also had the opportunity to focus on fashion and hair care through major deals with Pantene and American Express.

The Cuban-American VJ, model, actress and entrepreneur has a lot to say about beauty, an industry she has "always been fascinated with." In 2004, Fuentes invested in her love of fashion with a big payoff, launching the very first clothing line bearing her name. Five years later, Fuentes braved the hair care industry with an all-natural line called Daisy Fuentes Style Pro. 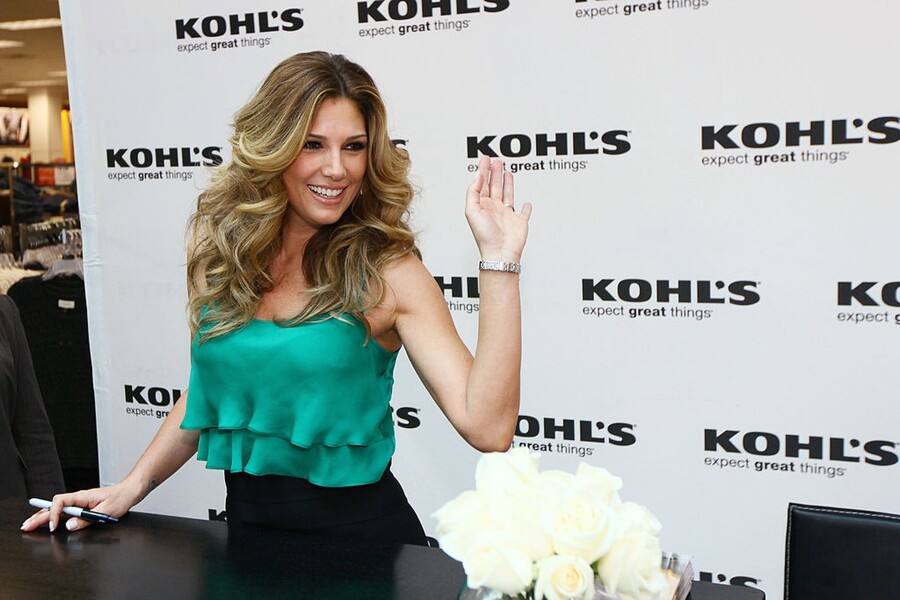 Fast forward to today, when Fuentes brings in around $300 million each year in sales at Kohl's department stores. Popular sale items include her hair care line and fragrances as well as clothing and other accessories such as sunglasses. She even deals in licensing prescription eyewear.

Besides being a beauty business know-all, you might be surprised to know that Fuentes has braved the world of print, authoring the 2010 book, Unforgettable You: Master the Elements of Style, Spirituality, and True Beauty. Fuentes says the inspiration behind her publication came from a variety of sources, notably her love and passion for the beauty and fashion industries and a desire to enable female empowerment.

Despite her lengthy list of endeavors, Fuentes affirms that "fashion is at the forefront" of her brand and life. From hosting MTV's House of Style, to providing stylish ensembles and accessories to the masses, it's certain that this self-made celebrity will continue to share her love for sharing beauty while padding her already eye-opening net worth in the years to come.