Entrepreneur Harry Wayne Huizenga just died at the age of 80. If anyone lived the prototypical American dream, it's H. Wayne Huizenga (pronounced Hi-zing-guh). During his lifetime he founded not one BUT THREE Fortune 500 companies. He also owned not one BUT THREE professional sports franchises. He was responsible for not one BUT SIX companies trading on the New York Stock Exchange. Early in his career he dominated the waste management industry. Then, later in his career, he revolutionized the way we rented VHS tapes and bought cars. He was, by every definition, a massive success. However, unlike many billionaires in the world today, Wayne Huizenga was not born with a silver spoon in his mouth. He didn't even come from a family entrenched in the business world. He became a billionaire thanks to an uncanny ability to pick an industry that was ripe for consolidation or revolution. He then dominated those industries so quickly, his competitors were left out in the cold wondering what happened. His was a true rags to riches inspirational story that all future billionaires should study.

Harry Wayne Huizenga was born on December 29, 1937 in the Chicago suburb of Evergreen Park, to Dutch immigrant parents Gerrit Harry and Jean Huizenga. Huizenga's father was a carpenter and home builder, his mother helped decorate homes. When Huizenga was a teenager, his family moved to Fort Lauderdale, Florida. He attended Pine Crest School, where he played football and was class treasurer. After graduation, he moved back to Chicago to reunite with his family and friends, who still lived there, before enrolling at Calvin College in Grand Rapids, Michigan, in 1957. According to legend, Wayne had a pet alligator in college. The alligator died after it was given a glass of Scotch whisky at a party. 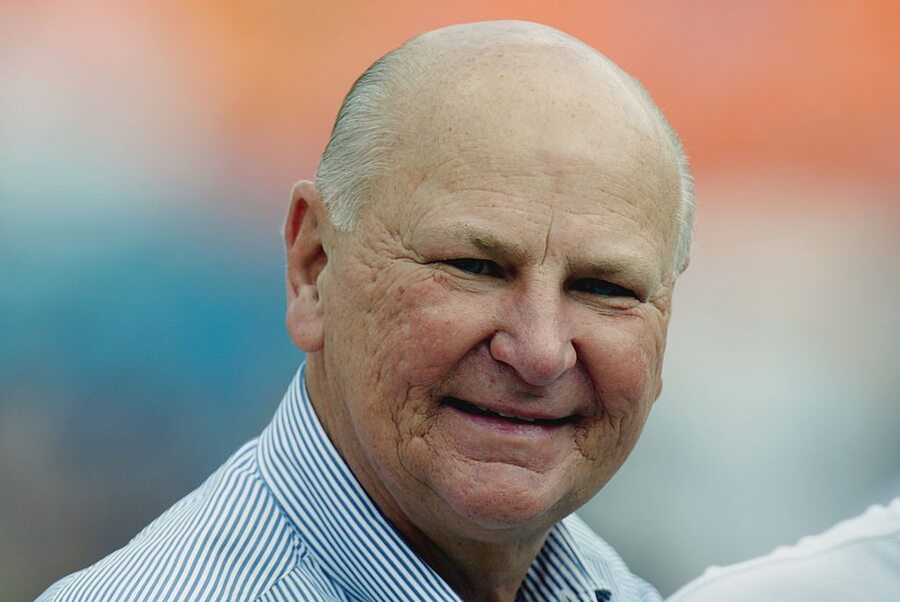 Huizenga dropped out of college during his sophomore year and enlisted in the Army Reserves. After he completed basic training, Huizenga got a job managing a small trash collection company. In 1968, the 31 year old borrowed $5,000 from his father, bought a used garbage truck and started his own waste management business in Broward County, Florida. Each day, he set out to collect the trash on his route at 2am. After he'd dropped it off at the local dump in the early afternoon, he would then go home, shower, put on his best suit and spend the rest of the day calling on retail stores, supermarkets, and homeowners to build his company's business. He slowly started to expand across southern Florida by acquiring his rivals.

In 1972, he bought 133 small, independent garbage companies over a period of nine months and took his company public. To maintain a professional image even in the trash business, Wayne strictly kept his trucks clean and well-painted at all times.

Huizenga built Waste Management Inc. into the largest waste management firm in the US and it became a Fortune 500 company. By 1985, Waste Management, Inc.'s revenue was more than $1 billion. However, Huizenga was tired of the trash business. With a net worth of $20 million (the same as $45 million today), he retired at age 46.

Huizenga soon grew restless and began buying small local businesses in the Fort Lauderdale area. Over a period of three years, he bought more than 100 businesses ranging from hotels and office buildings to bottled water and lawn care. He dominated Fort Lauderdale so thoroughly that it was possible residents of the city could spend an entire day using nothing but his services. By 1986, Huizenga's diversified collection of businesses had an annual revenue of $100 million (roughly $227 million today after adjusting for inflation). He sold out his company and turned his eye to another – Blockbuster Video.

Once again, he ensured his stores were always clean, bright and family friendly (hence their refusal to rent adult videos).

In 1994, he sold Blockbuster Video to Viacom for $8.4 billion. He was one of the wealthiest men in America. So did he slow down and retire? Nope.

Huizenga soon went out and purchased all or part ownership of the Miami Dolphins, Joe Robbie Stadium, the Florida Marlins, and the Florida Panthers (NHL). He also bought the Super Club Retail Entertainment record chain, Sound Warehouse, Music Plus, and Republic Pictures.

In 1995 Huizenga was flush with cash and he turned his gaze to his next target – the retail automotive industry. He began building a network of new and used car lots. Over six months, he bought 65 car dealerships with 109 outlets selling 31 brands of cars. He also opened 11 used car superstores called AutoNation USA and bought out Alamo and National car rental agencies. By 1999, AutoNation, Inc. owned or was in the process of acquiring 400 new car dealerships and more than 40 used car stores. The company was also operating almost 4,000 rental car locations worldwide. AutoNation became the world's largest auto retailer and the second largest rental car agency in the US. Huizenga's Midas touch had worked its magic once again.

Wayne was also the co-founder of Extended Stay America Inc, the long-term hotel chain and at one point owned the company that makes those odor-fighting urinal cakes found in public restrooms.

When you add it all up, H. Wayne Huizenga had a net worth of $2.8 billion at the time of his death on March 23, 2018 at the age of 80. A true American business inspiration, he is survived by four children and 11 grandchildren.