From Garage Apartment To Billionaire Publisher: The Rags To Riches Story of Richard Desmond

Making a billion dollars or more is no easy task. That's why it always impresses us when someone rises from impoverishment to vast riches. Publishing giant Richard Desmond is just such a rags to riches story. Now worth $1.7 billion, he is the owner of celebrity magazine OK! as well as a number of British newspaper and television properties. His story is unusual as he was set on his career path at a very, very young age–practically before he even had all of his teeth. Let's take a look at Richard Desmond's rags to riches story.

Richard Clive Desmond was born on December 8, 1951 in the Hampstead section of London. He is from a Jewish family and the youngest of three children. His father Cyril was the managing director of film ad agency Pearl & Dean when Richard was a small child. When an ear infection caused Cyril to lose his hearing, he started bringing three-year-old Richard to business meetings to act as his ears. This gave the future publishing mogul his first taste of business negotiations and celebrity culture. Cyril had a gambling problem, and after he lost a considerable amount of money his parents divorced. Richard was 11 and he and his mother Millie moved into an apartment above a garage where they struggled with newfound poverty. Desmond has characterized this time of his life as one in which he was "very fat and very lonely."

Desmond left school at 14 to become a drummer. He worked in the coat checkroom of a restaurant to help pay the bills. When he was 15, he got a job in the classified ad department of Thomson Newspapers while he continued to play the drums at night. He soon moved on to another company and based on his love of music, opened a record store. By the time he was 21 years old he owned two record stores.

Desmond combined his interest in music and advertising in the mid-1970s and co-founded International Musician and Recording World magazines when he was 22 years old. The magazine quickly established itself as the best on the market and several long established publications, such as Beat Instrumental, folded.

Desmond became an early pioneer of the international licensing of magazines and International Musician soon also published editions in the U.S., Australia, Japan, Germany, and the U.K. 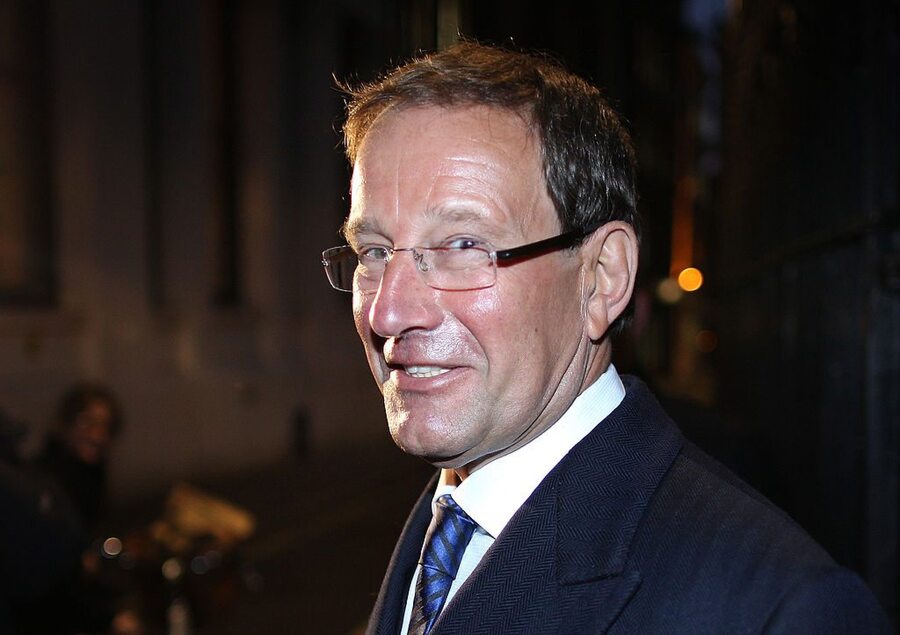 In the meantime, Desmond's interest in pornography and the money to be made off of attractive women began to grow. In 1974, he founded Northern Shell, which published Penthouse Magazine in the U.K. This was just the first of the many adult titles the company would go on to publish, such as Asian Babes alongside about 40 magazines about fitness, cars, stamps, cooking, and bicycles. Desmond soon was given the nickname "Dirty Desmond" due to the plethora of adult magazines he published.

In 2000, Northern and Shell bought Express Newspapers for $187 million. This included the Daily and Sunday Express newspapers as well as the Daily Star and Daily Star Sunday. Desmond also publishes the celebrity weekly magazine OK! which is the largest weekly magazine in the world. OK! has 23 separate editions in different countries from the U.S. to Australia and a readership of more than 31 million.

Richard Desmond amassed a fortune of $1.7 billion and built a publishing empire. However, through it all music remained an integral part of his life. In 2003 he formed the rock group RD Crusaders with The Who's Roger Daltrey. The purpose of the group was to raise money for charity. In the more than decade since their formation, RD Crusaders has raised more than $21 million through a series of fundraising concerts for charities including The Teenage Cancer Trust, Marie Curie, Norwood Child Care, and Evelina Children's Hospital. Desmond plays on drums in the group and along with Daltrey, the lineup sometimes includes other musicians such as Robert Plant.

Desmond has been a huge supporter of children's charities and financed the construction of the Richard Desmond Children's Eye Center. It is the world's largest pediatric eye clinic, treating more than 25,000 children each year.

From garage apartment to the 23rd richest person in England, Richard Desmond's rise to great wealth is truly inspirational.