By Brian Warner on April 1, 2011 in Articles › Entertainment

A ticket to Charlie Sheen's one-man show is a gamble for ticket-holders. The fine print on the tickets state they if the concert is cancelled you will only get a refund if it is not rescheduled within 12 months. Given Sheen's recent erratic behavior you might as well give your money to charity!

Nicki Minaj is Britney Spears's second chose for an opening act; lawyers for both sides are trying to hammer out a deal. Now that Enrique Iglesias backed out on the gig after he originally agreed has left Britney scrambling to find a replacement for her concert tour.

Now that Mom and Dad are back together it seems Miley Cyrus is going to give it another try with her ex-boyfriend Liam Hemsworth. The two were seen leaving a coffee shop in Los Angeles yesterday. Like Father like Daughter!

Snooki and some of the other cast member from MTV's hit show "Jersey Shore" are holding out for more Moola. These cast members are refusing to sign the contracts for the upcoming season unless they get an increase in pay. Rumor has it they are afraid this will be the last season for the TV series so they want some while they can still get it.

Aaron Rodgers quarterback for the Super Bowl champion Green Bay Packers seems to be enjoying his popularity; he was seen in Hawaii with a hot blonde. The two were playing in the ocean MAYBE she was just helping him with his workout!

Obliviously people have made a mistake thinking Lindsay Lohan was drunk Wednesday when she fell to the ground out side a NY bar. The star says she was there with friends and family and was just making a joke. Lindsay says, "Just because I'm out doesn't mean I'm drinking."

Dwight Freeney the Indianapolis Colts superstar has settled the lawsuit with his landlord Tracey Edmonds. Apparently Dwight rent space for use as a recording studio and then reneged on the payment. Edmunds is happy with the 6-figure settlement and the money has been paid.

Allen Iverson got his 2009 silver Lamborghini taking away for expired dealer tags, on Wednesday evening by Atlanta police. Iverson received a ticket and his ride went to impound. Good think he had some friends following him in a Rolls-Royce, he simply got in a rode away. 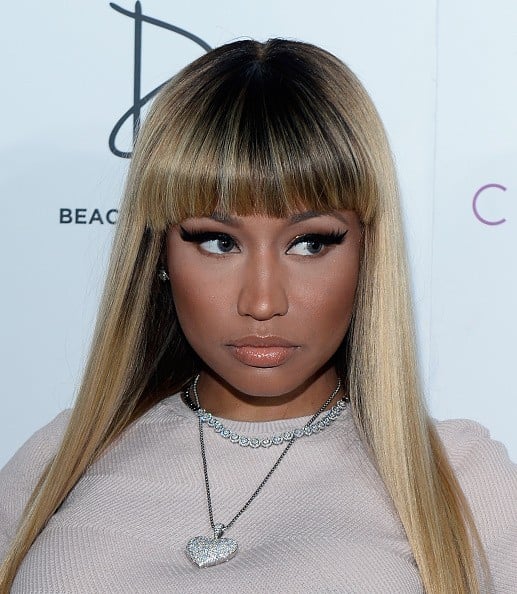 Nicki Minaj Net Worth / Bryan Steffy/Getty Images
Did we make a mistake?
Submit a correction suggestion and help us fix it!
Submit a Correction