By Brian Warner on March 25, 2011 in Articles › Entertainment

Vince Neil was in Las Vegas at the Hal Sparks concert and started problems with his ex and some of her friends. Hotel security called Las Vegas PD, the woman stated that Neil got physical with her and one of her friends, and she filed a battery report, however Neil was not arrested. Last month he spent 10 days in jail on a DUI charge.

Chris Brown and his publicist have decided to call it quits, no one seems to know what brought on this decision. However the two have decided not to work together anymore…and to go their separate ways.

Lindsay Lohan may be in deeper hot water than she thought, the Riverside County District Attorney's Office is investigating the incident Lohan had with Betty Ford staffer, Dawn Holland last Dec 12th. The DA investigators are talking to the key witnesses to determine who started then incident, if Dawn sustained any injuries during the alleged attack, and oh yet will they testify if the case went to trail, sources say the witnesses wouldn't give a definitive answer.

Ina Garten the host of "Barefoot Contessa" aired on the Food Network channel says she is very sorry but she is just too busy to help grant the wish of a 6-year-old cancer patient from The Make-a-Wish Foundation. Six-year old Enzo, who has Acute Lymphoblastic Leukemia, wanted to cook with the TV host because he would watch her on TV all the time. Garten is a "good friend" of the foundation, and participates and helps as many organizations as she can. Enzo has moved on and made a new wish… he wants to swim with dolphins.

Alex Rodriguez has a problem with his apartment complex near Tampa. Housing officials have received numerous complaints from the tenants from the Normandy Park Apartment complex, allegations such as holes in walls, rusty pipes, overflowing trash, but the swimming pool is the biggest problem. Residents have stated the community pool has been unusable for the last two years, local code enforcement officials have now ordered that it be drained and cleaned by next week. Of course Mr. Rodriguez is not responsible for the violations, his properties are handled by a team of professionals, and when problems are brought to his attention he makes sure they get taking care of…in a timely matter.

Michael Jackson's doctor Conrad Murray will have to find another place to get his drugs. Applied Pharmacy that supplied Dr. Conrad Murray with massive amounts of Propofol has been shut down by the State of Nevada and will file Bankruptcy in 90 days. It was reported that Applied had shipped several packages of the drug to Murray's girlfriend in the months prior to Jackson's death. Hey didn't the doc say that that Michael Jackson was a hard-core Propofol addict who HID his drug dependence from the doc … thus Murray wasn't operating with full knowledge.

Jaden Smith wants everyone to know he is very much alive. A vicious rumor that Jaden had died in Switzerland following a snowboarding accident was published on the Internet. Other stars who have had similar rumors published are Will Ferrell, Adam Sandler, Jeff Goldblum, Urkel and Pat Sajak someone's idea of a funny sick joke.

Adriana De Moura star of "Real Housewives of Miami" was showing off her hot body in a bikini yesterday in South Beach. And yes you can watch the 64-minute video on the Internet and check it out for yourself. Just don't let the BOSS catch you. 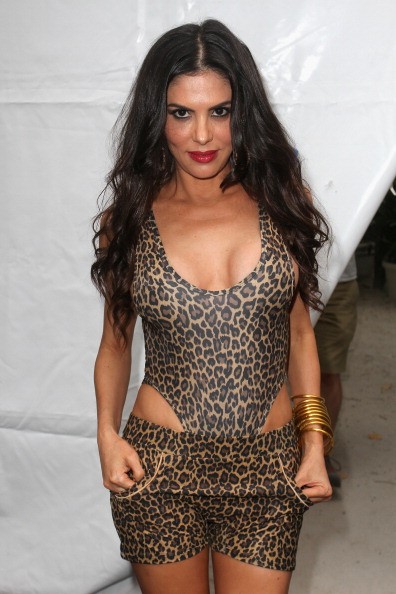 Adriana De Moura / John Parra/Getty Images
Did we make a mistake?
Submit a correction suggestion and help us fix it!
Submit a Correction