You Know Why Will Smith Starred In Fresh Prince? Because The IRS Forced Him To

By Paula Wilson on April 9, 2018 in Articles › Entertainment

Looking at Will Smith now, it's hard to believe that at one point, not that long ago, the dude was broke.  Like, straight up – no money – they are carting away my stuff – type broke.  After selling millions of albums in the late 80s as one half of DJ Jazzy Jeff and the Fresh Prince, Will Smith's fortune should have been sizable.  Unfortunately, due to mismanagement and overspending, this was not the case.  Instead, he found himself swimming in debt.  It's a common story for musicians and artists who find fame suddenly.  They all seem to run out and immediately buy expensive property and toys.  How many times have we watched new celebrities give their money away liberally and party like there's no tomorrow?  Then we watch as tomorrow arrives, and they discover that they're broke.  Then they show up on a reality show.  Except for Will Smith.  He somehow managed to pull himself back from the brink to earn a net worth of $260 million.  So… what did he do differently?  Read on for all the juicy details.

Will Smith was born in West Philadelphia (yes, the song lyrics are true), and grew up in a Baptist family.  He was always smart, and his grades were good enough to get him accepted to a pre-college program at MIT.  However, he had other ideas, and a career in science or engineering was not one of them.  He wanted to be a rap star.  He began performing with his friend, Jeffrey Townes, a.k.a. DJ Jazzy Jeff.  They joined forces with Clarence Holmes, a.k.a. Ready Rock C, and the group became known for popular tracks like "Girls Ain't Nothing but Trouble" and "Parents Just Don't Understand".

In 1989, the National Academy of Recording Arts and Sciences decided to add a Rap category to their annual Grammy Awards ceremony. Smith and Jazzy Jeff were nominated for "Parents Just Don't Understand" alongside LL Cool J for "Going Back to Cali", Salt-n-Pepa for "Push It", Kool Moe Dee for "Wild Wild West" and JJ Fad for "Supersonic". The ceremony was held on February 22, 1989, but if you tuned into the live broadcast you would not have seen the rap category presentation because producers decided it wasn't worthy of being televised. All of the rap nominees protested the ceremony, publicly stating "If they don't want us, we don't want them". Regardless of the controversy, DJ Jazzy Jeff & The Fresh Prince ended up winning the first rap Grammy award ever.  They were officially stars, and for all intents and purposes, on top of the world.  The duo would eventually sell more than 7 million albums worldwide and were swimming in money. Unfortunately, without a good accountant, it can be tough for a young star to stay on top of the world.  Will Smith was about to learn this the hard way. 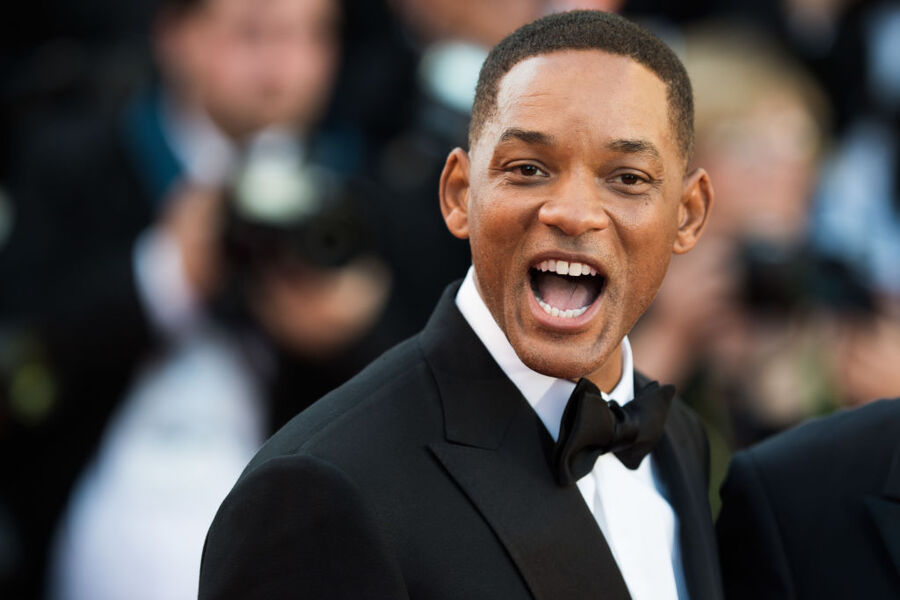 Between 1988 and 1990, Will Smith earned approximately $10 million from his musical career.  Assuming the good times would last forever, Will proceeded to spend his money like it was going out of style. He purchased houses, cars, clothes, jewelry and much more. He didn't just spoil himself, he also spoiled his friends and family. Unfortunately, right around the time he won the Grammy, radio audiences were beginning to grow tired of Will and Jazzy Jeff. Their "radio-friendly" songs were suddenly being sneered at as "rap sell-outs".  Hip hop audiences wanted a harder sound and radio wanted something softer and more R&B-influenced.  The duo was stuck between a rock and a hard place. As if this wasn't bad enough, as Will was skyrocketing in fame and wealth, he was not paying taxes. During Will's two year rise to the top of the charts, he neglected to pay $2.8 million worth of Federal income taxes. And as we all know, you do not mess with the IRS. Just ask Wesley Snipes.

These were very tough times for the 21 year old Will Smith. His music career appeared to be dead and the government was hunting him down for almost $3 million. Will must have a serious guardian angel looking out for him because right as all these troubles were brewing, super producer Quincy Jones reached out with a lifeline. The lifeline came in the form of an offer to star in a sitcom for the TV network NBC.

Initially, Will vehemently rejected the idea of starring in a TV sitcom. He was terrified that this would make him look like even more of a sellout. He was convinced this would be the final death blow to his musical career. But there was one major upside to doing a sitcom: The gig came with a hefty paycheck. If the show was renewed for more seasons, the salary would go up. With the not-so-subtle encouragement from the IRS, Will signed on to star in newly titled sitcom "The Fresh Prince of Bel Air". The IRS also arranged to have 70% of Will's salary garnished until his debt was completely paid off. They also seized his possessions, collecting anything of value.

Fresh Prince would eventually air 148 episodes over six seasons and is still very popular in syndication today. But for the first three seasons, Will didn't experience much of the upside of being a TV star. During an interview with 60 Minutes, Will explained:

"For the first three years of The Fresh Prince of Bel-Air, the IRS was taking 70 percent of every check and after the third year I got back to zero. It's terrible to have that kind of success and have to quietly be broke."

Ironically, the show which Will was afraid would kill his career, actually ended up launching what has become a quite prolific acting and producing career.  Though he occasionally returns to his musical roots, Will Smith has become a much bigger movie star than he ever was rap star.  He once stated that he intended to become, "the biggest movie star in the world", and he is actually pretty close to that goal.  He first received critical acclaim for his work in the independent film, "Six Degrees of Separation" in 1993, while still on "The Fresh Prince of Bel Air".  He was paid $500,000 for his work on the project.  His movie career took off in a big way in 1995, when he co-starred in the hit action-comedy, "Bad Boys".  He made $2,000,000 for "Bad Boys".  From there, the hit projects, and the ever-increasing paychecks, began to come one right after the other.  He's co-starred or starred in such films as "Independence Day", "Men in Black" and its sequels, "Enemy of the State", "Wild Wild West", "The Legend of Bagger Vance", "Ali", "I, Robot", "Hitch", "The Pursuit of Happyness", "I am Legend", "Hancock", and "Anchorman 2: The Legend Continues".  Over the years, his salary has ballooned to a base of $20,000,000 per film.  He makes even more as producer.  For example, he made a fortune in a combination of back-end profits and worldwide DVD sales for producing "The Karate Kid" remake starring his son Jaden Smith.

Looking back at his life, it would seem that Will Smith skirted reality show infamy, and disappearance into penniless obscurity, through a combination of dumb luck, friends in high places, and a whole lot of ambition.  He has acting and producing projects lined up through 2016, including sequels to "Hancock" and "Bad Boys", and two of the movies he has produced open in just a few months.  With lavish homes in multiple cities, the days of watching his furniture get carted away must seem like a distant memory.  So, what can young up and comers learn from Will Smith?  It's pretty simple.  Don't spend more money then you make, hire a good accountant, and make the most of any opportunity that comes your way.  You never know how far it will take you.