This French Entrepreneur Is Selling Off A Tiny Chunk Of Paris

By Daniel Lipson on November 22, 2016 in Articles › Entertainment

Earlier this year, when Paris began selling thousands of tons of cobblestones that once paved the city's streets and alleys, French entrepreneur Margaux Sainte-Lague bought five tons. Now she is reselling them to tourists and collectors eager to own a piece of the French capital's history.

The cobblestones have attracted the interest of many people because the individual stones are cheap and charming. Customers are steady and come from far-flung places. They range from Chinese brides to a U.S. based French expatriate "nostalgic about her youth during the protests of May 1968" when cobblestones were thrown at police by demonstrators.

Most of the cobblestones sold directly by the city have gone to small companies who are recycling them to pave terraces and driveways. The customers have included a foundation created by French photographer and environmentalist Yann Arthus-Bertrand for the renovation of the Longchamp castle in front of the famous horse-racing course. At a retail price of eight euros a square meter, the sales could add about 400,000 euros ($371,000 USD) to municipal coffers every year. 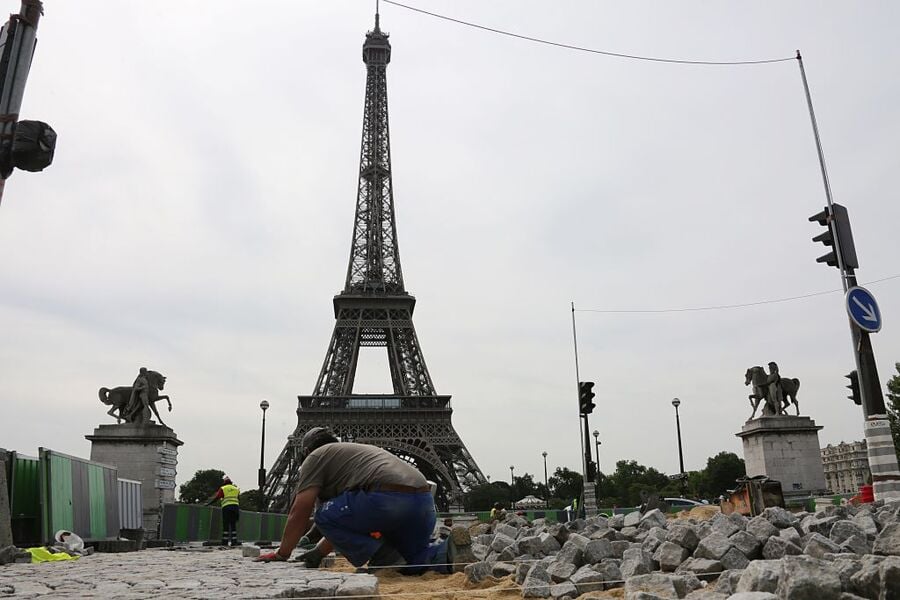 Paris is not getting rid of all of its cobblestones. Those around the Arc de Triomphe and Placa de la Concorde will remain. Those along the Champs-Elysees are being polished and refurbished into smoother, more regular shapes to accommodate all sorts of wheels and high heels.

Sainte-Lague is making a premium off the stones by custom decorating and cleaning each one. Her decorated cobblestones sell at prices ranging from 60 to 150 euros per stone. Some are even adorned with gold leaves. With the possibility that these stones may have been stepped on by famous artists like Van Gogh or Pablo Picasso in the Montmartre neighborhood, Sainte-Lague is promising her buyers a piece of Paris's romantic history.