By Paula Wilson on September 18, 2014 in Articles › Entertainment

Frank Sinatra's sound defined a generation.  Known simply as "The Voice", Sinatra's honeyed tone was heard on hit songs from the mid-30s until the mid-90s, and had a huge impact on our understanding of how ballads are supposed to sound.  It's the type of musical longevity and influence about which most musicians can only dream, and to this day, the name Sinatra is still synonymous with a certain kind level of sophistication.  However, it wasn't always smooth sailing for the famous artist, and this was reflected in the wild fluctuations in his bank account.  In fact, in the late 80s, during a period of decline, his income tax return stated that his net worth was $14 million – a surprisingly small number.  However, after his death in the late 90s, his family began fighting over a will that was worth somewhere between $200 million and $600 million.  So what happened during that decade that made such a massive difference?  How did Frank Sinatra somehow make $186 million or more appear out of thin air? 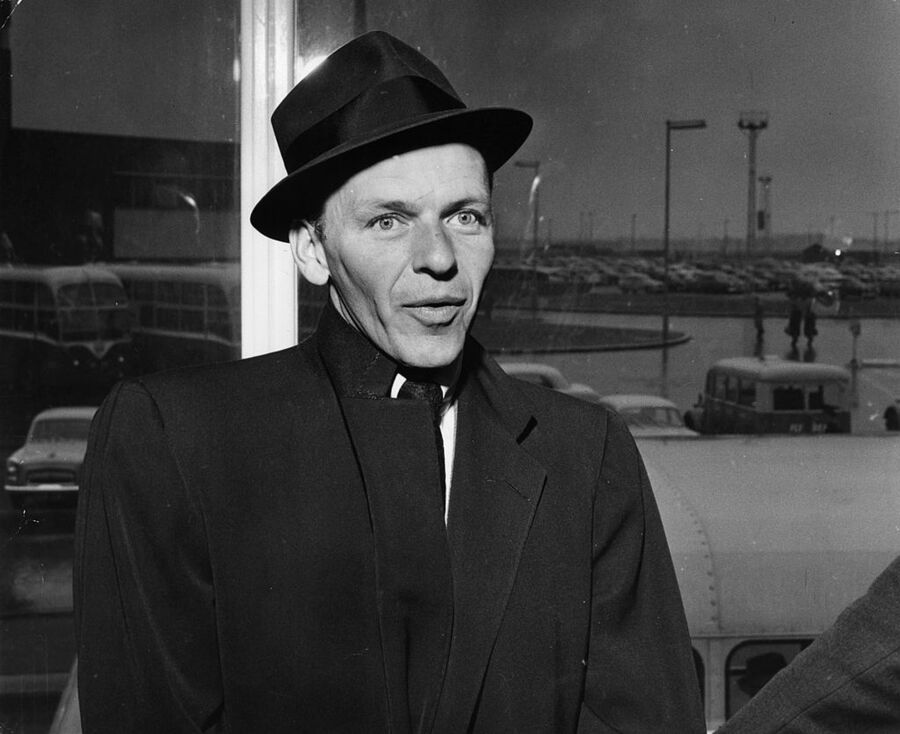 Frank Sinatra was born Francis Albert Sinatra on December 12, 1915 in Hoboken, New Jersey.  The only child of two very scrappy Italian immigrants, Frank Sinatra grew up getting into trouble.  His father was a lightweight boxer and fireman.  His mother was a housewife, who was also heavily involved in Democratic Party activities and operated a free, illegal abortion business.  Throughout his childhood, Sinatra's mother was arrested multiple times. Sinatra began singing when he was eight. He would climb onto the bar at the local nightclub and sing for tips.  Though he never learned to read music, he honed his ear and his sound over the next few years, and by his teens, he was singing professionally.

After joining a local singing group called, "The Three Flashes", which subsequently changed its name to "The Hoboken Four", he began to gain wider recognition.  The group went on to win a talent cost and earned a 6-month touring contract appearing on stage and performing on the radio all over the United States.  He ultimately chose to leave the group and returned to New Jersey, where he began working as a singing waiter.  In the late 30s, he began recording singles, but they were not particularly successful.  He had more luck performing live.  Tommy Dorsey, the bandleader for the popular Palmer House in Chicago, invited the young singer to become his lead vocalist.  Sinatra signed a contract with Dorsey, and began both performing and recording with Dorsey's band.  By the middle of 1940, he'd become a household name, and had scored one #1 hit with "I'll Never Smile Again".

By the early 40s, Sinatra was a megastar.  His performance at the Paramount in 1942 was near pandemonium, and when he returned in 1944, management was forced to turn away 35,000 fans.  It almost caused a riot.  By the mid to late 40's he'd begun to branch out into film work as well, scoring a hit with "Take Me Out to the Ball Game" in 1949.  He then returned to performing onstage, but changing musical tastes and his own damaged vocal chords combined to cause his career to take a nosedive.  He regrouped and shifted his focus to acting full-time.  The move proved to be a wise one.  His powerful performance in "From Here to Eternity" earned him an Oscar for Best Supporting Actor, and rebooted his career.  He climbed back atop the music charts and continued to appear in popular films and television shows for the next twenty years.

He retired in 1971, but came out of retirement a few years later.  He performed in numerous stage shows over the course of the next decade.  In the 80s, he began releasing albums again, and racking up honor after honor, including a 1983 Kennedy Center Honor.  In 1994, he was honored with the Legend Award at the Grammy Awards.  He began to perform less and less in the 90s, as his health and memory visibly deteriorated.  He performed his final television concert in 1995, as part of his 80th birthday celebration, "Sinatra: 80 Years My Way".  Over the course of his career, he released 72 studio albums and sold over 150 million albums worldwide.  He won eleven Grammy Awards, including the Trustees Award and the Lifetime Achievement Award.  In addition to his Best Supporting Actor Oscar, he received a Best Actor nomination for his work in "The Man with the Golden Arm".  He appeared in 58 films.  For an entire generation, he epitomized the way a "real man" was supposed to look, from the way he dressed, to the way he walked and talked.

Based on his history, it would stand to reason that he would have quite a lot of money.  At the height of his popularity he was commanding as much as $16 million a contract for extended gigs in Las Vegas and Los Angeles.  He was paid $2 million for one concert in Australia.  However, his income taxes told a different story.  His surprising lack of funds could be due to a few factors.  He had a penchant for gambling, and he didn't always win. He had a habit of getting married and then getting divorced just a few years later.  Over his lifetime, he was married to Nancy Barbato, with whom he had his three children.  Then he had a volatile union with Ava Gardner, followed by two years with a much younger Mia Farrow.  He spent the final 12 years of his life married to Barbara Marx.  Ms. Marx wanted nothing to do with the Sinatra's children from his first marriage and vice versa.  The divisiveness created major problems during his later years.

It is slightly unclear as to how is his fortunes changed so drastically during the last years of his life, but it might have something to do with the iron hold Tina Sinatra exerted over his image and brand.  Additionally, many of the contracts and agreements that he signed early in his career finally came to an end.  Suddenly, his earnings were actually his, and were not being used to pay anyone else.  He was earning residuals on many of his recordings and as he slowed down physically, so did his jet-setting lifestyle and the expenses that went with it.  The fact that his worth increased so dramatically made his will a very, very contentious subject with the members of his family, especially since he awarded the use of his image and name to Barbara, taking away Tina's control. 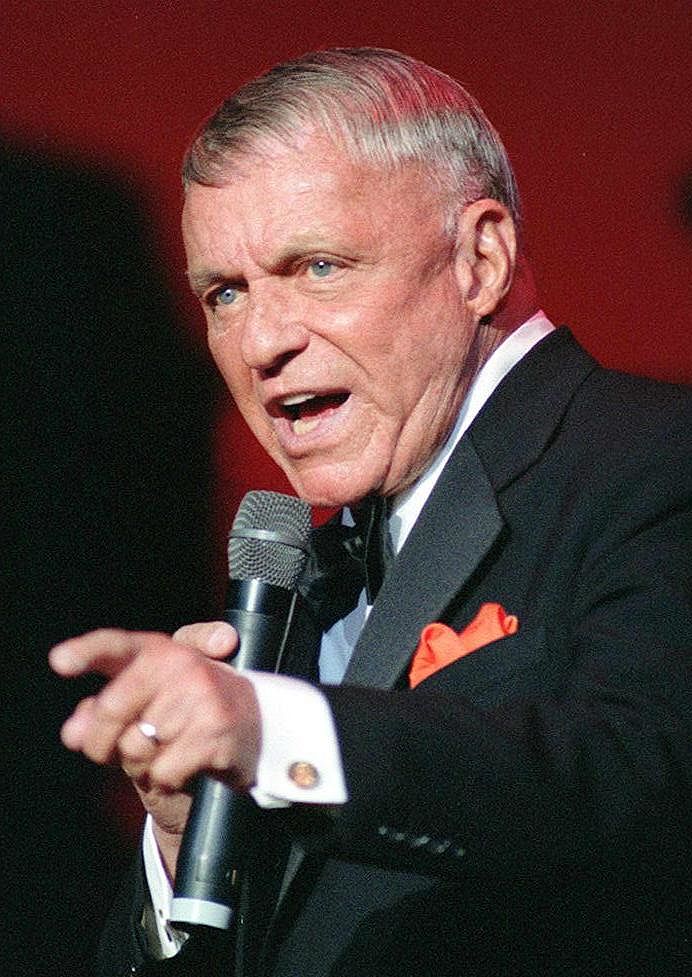 Knowing that it could get ugly, he did a very smart thing.  He put a clause in his own will stating that anyone who contested the will would be automatically disinherited.  How's that for making everyone play nice?  On the surface, the will was actually not worth very much.  Barbara Marx received $3.5 million, three properties in California, and rights to his "Trilogy" recordings, as well as many of his material possessions.  His children each received $200,000 in cash, and his stocks, and Frank, Jr. got the rights to all of his sheet music.  His first wife was willed $250,000, and his grandchildren were given $1 million in trust. He even left $100,000 to his stepson, and a combined $200,000 to some of his friends.

However, Sinatra was actually worth somewhere between $200 million and $600 million, it turned out.  The money was set aside in a living trust.  The trust was completely confidential, so only the parties involved were privy to the details.  Who received the money was kept from public knowledge, and from his own family, until his death.  His children apparently received the rights to their father's music catalog.  Long story short, Sinatra didn't make anything appear out of thin air.  Instead, he simply kept all that money tucked away for a "rainy day" and lived a relatively modest lifestyle comparatively speaking.  Though he was the poster child for sophistication and masculinity, with multiple homes, a beautiful woman on his arm, and a face that everyone recognized, he was also just a poor kid from Hoboken.  At the end of the day, he didn't need all the trappings of a music superstar to be one, so he did the smart thing and saved his money.  A man known as "The Voice", doesn't need a lot of flash to prove himself.