I Love Lucy is a television classic and is one of the most popular sitcoms of all time. The television series originally aired for six seasons on CBS from 1951 to 1957. The show aired in black and white and has only recently been shown in color. I Love Lucy won five Emmy Awards and a George Foster Peabody Award. For four seasons, it was the most watched TV show in the U.S., and reruns of the show still draw about 40 million American viewers a year. In honor of the 60th anniversary of I Love Lucy, CBS has started to air episodes of the show in color. Here are some interesting facts about the money behind the madness.

#1- 60 years later, the show is still making tons of money. Even though the show has not been filmed for decades, to this day, CBS makes about $20 million a year from I Love Lucy  reruns through syndication.

#2- I Love Lucy changed the sitcom genre for good. Lucille Ball (Lucy Ricardo) and Desi Arnaz (Ricky Ricardo) are credited with inventing reruns in the sitcom genre through their company, Desilu Productions, which was the first ever independent television production company. The couple spent $5,000 out of pocket to produce the pilot episode of I Love Lucy. It turns out that the money they spent was well worth it! 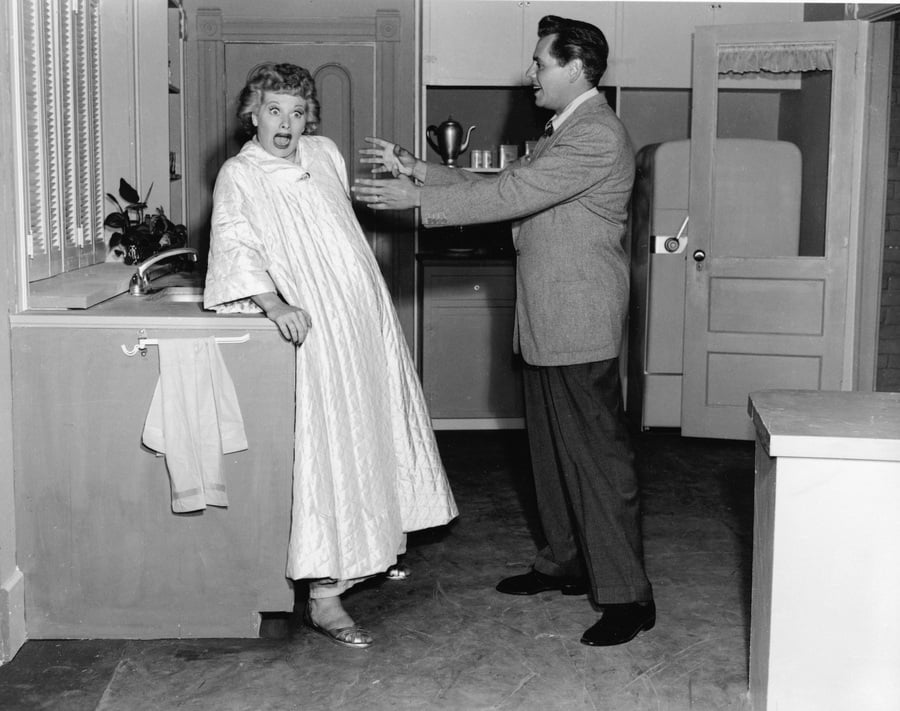 #3- Ball and Arnaz made a very smart financial decision. The couple agreed to reduce their salary from $5,000 to $4,000 a week with the condition that Desilu Productions would retain all of the rights to the show. Lucy and Desi later sold the rights to the first 180 episodes of the show back to CBS for $5 million. Arnaz was bought out of the company in 1962 for $2.5 million when Ball became the first female CEO of a major production company. Lucy later sold her shares of Desilu Productions to Paramount Studios for $17 million!

I Love Lucy was a goldmine and it seems that everyone involved with it profited. Not only was Lucy a comedic genius, but her smart financial decisions helped the stars of the show make so much money that they could laugh all the way to the bank.