The antics of WeWork founder and former CEO Adam Neumann continue. The former CEO essentially ran his company into the ground through a mix of less than ideal business practices and bad management. Still, he was given a $1.7 billion exit package to walk away and was set to earn around $3 billion more through his agreement with SoftBank. The bank stepped in to clean up the mess Neumann and his wife Rebekah Paltrow Neumann made of the company. In April, SoftBank pulled back from the part of the deal to buy Neumann's WeWork shares for $3 billion. Now, Neumann wants to sue SoftBank according to a number of reports.

Last fall, about a month after Neumann stepped down as CEO of WeWork, he struck a deal with the company and SoftBank, it's biggest investor, to give up some of his profits interests in exchange for improved terms on the shares that remained. In the deal Neumann made in October, his shares were slashed from $38.36 a share to either $19.19 or $21.05 a share. SoftBank valued WeWork at $19.19 per share, or $8 billion, during its emergency restructuring of the company. If WeWork shares hit the market at $25 a share, Neumann could sell his for $111 million. At $35 a share, he'd have $352 million worth. At $45 a share, Neumann could cash in for $593 million. Neumann owns tens of millions of shares in WeWork's holding company. He has the right to sell up to $970 million of his shares to SoftBank in the next few months. 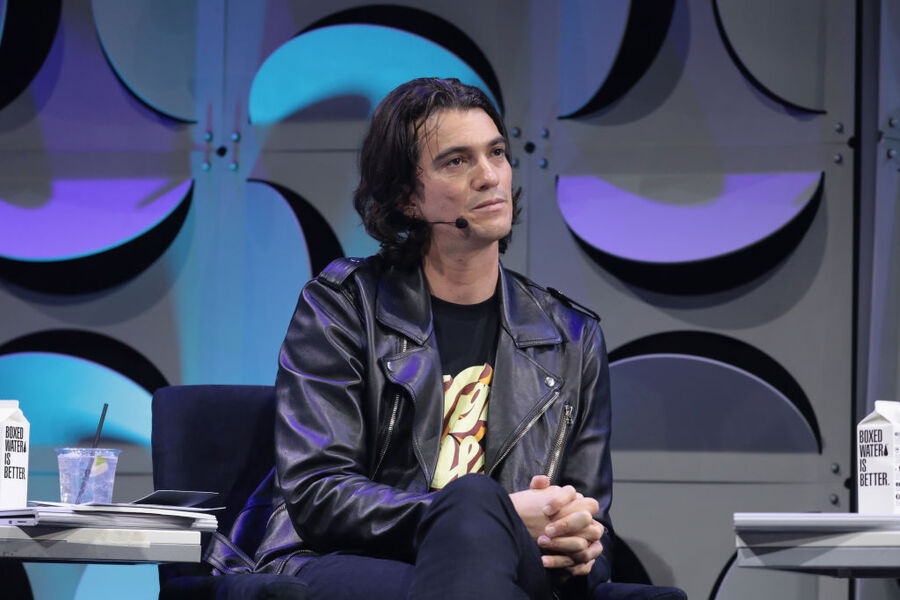 At the beginning of 2019, SoftBank valued WeWork at $47 billion. SoftBank is offering to buy shares from employees and investors for $19.19 a share. WeWork has more than $5 billion in losses since 2016 and is on the hook for $49.9 billion in lease commitments due. Current investors have expressed concern over these losses as well as the company's habit of taking out long-term leases on buildings and renting them to its own tenants.

Neumann was the CEO of WeWork until September, when he was forced to step down following the startup's botched IPO.

Softbank walked away from the multi-billion payday for Neumann earlier in April, stating that it would be irresponsible to continue with the deal. For what it's worth, Neumann isn't the only former executive/board member of WeWork to have an issue with SoftBank. Reportedly, a number of members of WeWork's board have launched a lawsuit against SoftBank over the same issue.