By Amy Lamare on January 11, 2020 in Articles › Entertainment

Carlos Ghosn is the former chairman of Nissan and Mitsubishi as well as former chairman and CEO of Renault. He has been awaiting trial in Japan on charges of understating his income for years and misappropriating company funds. The Japanese media reported that Nissan was paying all or some of the costs in the amount of $18 million for homes used by Ghosn in Rio de Janeiro, Beirut, Paris, and Amsterdam and that Ghosn charged family vacation expenses to the company. He was arrested in November 2018 and subsequently released from his roles at the three car manufacturers. Ghosn was required to stay in Japan as a condition of his bail. Imagine the surprise of authorities, then, when Ghosn surfaced in Beirut when he was supposed to be in Tokyo. Now, he's a fugitive from the law and Japanese authorities are scrambling to figure out how he escaped.

Ghosn, 65, was transported onto a private jet in a large black case, typically used to carry audio gear. The plane took off from an airport near Osaka, Japan on Sunday, December 29 and landed in Istanbul on Monday morning. Ghosn then was taken by car (it is unclear if he was still in the audio case) 100 yards to a smaller jet that took him to Lebanon. The Turkish aircraft operator MNG Jet Havacilik AS found the black container plus another one holding speakers, after Ghosn's escape on two of its planes. The aircraft company filed a criminal complaint claiming that an employee doctored records to avoid mentioning Ghosn. The employee explained to investigators that the black case was used to load Ghosn onto the plane in Osaka. 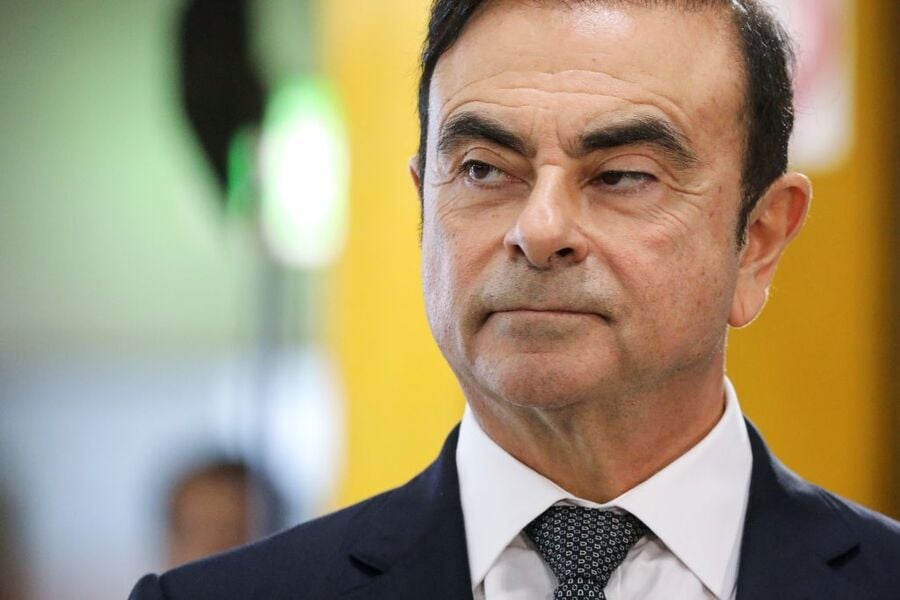 According to the manifest, two men with U.S. passports, Michael Taylor and George Zayek were the only passengers on the flight from Osaka to Istanbul. The two men then took a commercial flight from Istanbul to Beirut via Turkish passport checks on arrival and departure. There is a former U.S. Army Green Beret named Michael Taylor who is well known in the small, insular world of private security contractors. Taylor is perhaps best known for extracting reporter David Rohde from the Taliban in Afghanistan in 2009. A man calling himself George Zayek has been a security employee at companies either owned by or linked to Taylor.

The operation to extract Ghosn is believed to have started on December 28 in Dubai. That is where Taylor and Zayek boarded the Global Express jet that was used the next day to smuggle Ghosn out of Japan. Both men's names were on the flight manifest for the red-eye to Japan. They were carrying two large black cases.

It was believed that Ghosn left his home inside of a music box after a party. However, Japanese investigators reviewed surveillance footage that showed Ghosn leaving his home in Tokyo around 2:30 pm Sunday, wearing a hat and the surgical style mask frequently used in Japan to prevent illness.

Ghosn's flight to Istanbul left Osaka at 11:10 pm and spent 12 hours in the air. The flight carried two pilots and a flight attendant in addition to Taylor and Zayek. On the flight from Turkey to Lebanon, Ghosn was reportedly accompanied by the airline employee who doctored the flight records.

Ghosn's whereabouts are currently unknown. Carlos Ghosn has a net worth of $100 million, assuming he has access to that, he could disappear forever into a new alias.