Adnan Khashoggi – Billionaire Arms Dealer And Former Richest Person In The World – Dies At 81. This Is His INSANE Life Story

By Amy Lamare on June 6, 2017 in Articles › Entertainment

Adnan Khashoggi just died at the age of 81. Adnan was one of the most famous arms dealers on the planet in the 1970s and 80s. Khashoggi was born in Mecca, Saudi Arabia in July 1935. His father was the personal doctor to King Abdul Aziz Al Saud. He studied at Victoria College in Egypt, as well as California State University, Chico, Ohio State, and Stanford. He was the head of the Triad Holding Company which built the Triad Center in Salt Lake City, Utah.

During his high-flying days, Adnan's brokered many extremely lucrative deals between the US and Saudi governments. His clients included Lockheed Corporation, Grumman Aircraft Engineering Corporation, Raytheon, and Northrop Corporation. He received $106 million in commissions from Lockheed alone between 1970 and 1975. As a result of these dealings, Adnan managed to accumulate a peak net worth of $4 billion in the early 1980s.

When Adnan divorced his wife Soraya Khashoggi, the case dragged on bitterly for five years. When it was all said and done, a judge ordered Adnan to pay $875 million to Soraya. It was the largest divorce settlement in history at the time and currently the third most expensive divorce ever.

He was married to several women during his life including Laura Biancolini and Sandra Daily. He also reportedly had a harem of "pleasure wives" that was made up of models from all over the world. He reportedly spent $250,000 per day funding his lifestyle.

Speaking of "pleasure wives", below is an article telling the life story of one of Adnan's former girlfriends Jill Dodd. Before Adnan died we were planning to post this story in the coming days, but here it is now:

Life is strange. One minute you're an American high school student going to school in the Los Angeles suburb of Whittier and the next you've signed on with Wilhelmina models and are jetting all over the world shooting magazine covers. One day a couple of years later, you find yourself in Cannes on vacation. You attend one of the parties. You meet a man who turns out to be the notorious arms dealer Adnan Khashoggi. That is the story of former model turned founder of Roxy sportswear, Jill Dodd.

Dodd found herself in Cannes in August 1980 for a vacation from the hectic pace of her modeling career. She had recently landed high profile jobs in the French editions of Vogue and Marie Claire. She ended up at a party where she drank champagne and met a short, balding, overweight gentleman. Later she would discover that he was the infamous billionaire arms dealer Adnan Khashoggi. That night, she was thankful he was so much older and shorter than her – it made her feel safe, what could he possibly want from a 20-year-old, tall American girl? She would soon find out. 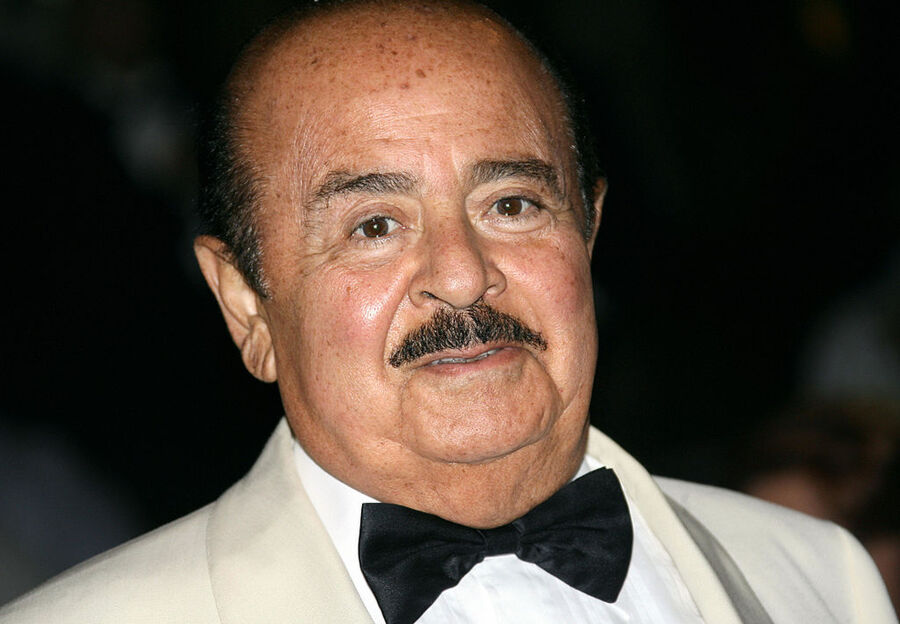 Adnan Khashoggi saw the young beauty from across the room and went to her. He took her hand to dance when suddenly he stopped, grabbed a chair and threw it into the raging bonfire at the center of the party. So, Jill did the same thing. Her friend rushed over to tell her who her dance partner was.

The next day she received an invitation to join Khashoggi on his 280-foot yacht. He welcomed Jill and her friend aboard and invited them to dress for dinner by leading them to an enormous walk-in closet filled with couture gowns. During dinner that night, Jill was taken with Adnan's intelligence, humor, and worldliness. She was 20-years-old. He was a 44-year-old father of five. The couple spent the entire night talking until the sun came up.

Adnan wined and dined Jill over the next few weeks, keeping her clothed in couture gowns. In September 1980, he flew Jill and another woman named Sabine to his estate in Marbella, Spain.

The first night that Jill and Adnan spent together in Spain, he watched her take a bubble bath, then sat on the bed in their robes. Adnan told her that he could not kiss her until he told her the situation, as Dodd retells the scene in her new memoir. Adnan told her that he wanted her to be one of his pleasure wives. You see, under Saudi Arabian law, the billionaire was allowed to have three legal wives and 11 pleasure wives. He told her they could not kiss until she agreed to this arrangement. Jill agreed and they kissed. From that moment, she was a member of the billionaire's harem, taking turns with other woman to have sex with the man she loved.

Jill fell in love with Adnan despite the 24-year age and nearly eight-inch height differences. He showered her with gifts—diamonds and solid gold necklaces—and she traveled all over the world with her lover. At his peak, Adnan reportedly spent $250,000 per DAY to fund his elaborate and luxurious lifestyle.

Khashoggi was always surrounded by women. Jill had a clear sense in the beginning that she was his favorite. He even paid her tuition at Los Angeles' Fashion Institute of Design and Merchandising.

However, by the end of 1981, Jill began to become uncomfortable with her relationship. She was worried about contracting AIDS from a man who was obviously very promiscuous. Then, one night he crept into her room with a gift, but when he saw it was Jill he told her he had the wrong room, but to keep the gift. Jill realized the gift was meant for another woman. She was no longer the favorite.

In the summer of 1982, Jill ended her relationship with the billionaire arms dealer. It was amicable and seven years later, she founded the surfing sportswear company Roxy. Today, she is a 57-year-old mother of three who lives in Marin County, California with her third husband.

In the end, Jill felt ashamed of her status as a pleasure wife because people assumed she was a prostitute. However, she has no regrets.