Come on, who saw this coming? Someone had to have the over/under on four years before former child bride Courtney Stodden got desperate enough for fame that she'd make sure she cashed in on the sure fire get rich quick scheme of filming and "leaking" a sex tape. But before you roll your eyes so hard they get stuck in the back of your head, you need to know that Courtney is a philanthropist at heart. She's channeling her inner Mother Teresa and donating the proceeds from her sex tape to charity.

The 20-year-old bride of 54-year-old actor Doug Hutchison recently admitted that she had filmed a solo sex tape of herself (so the world will be spared the sight of Hutchison's hairy butt) and then was offered $1 million from Vivid Entertainment for the distribution rights.

She claims to have initially refused Vivid's generous offer, saying that the personal footage was just for her (and her hubby's) eyes only, but then one of her BFFs stole the tape and made it clear to Stodden that his intention was to sell the tape and double-cross innocent, naïve Courtney. Stodden said she's releasing the tape herself because she's "been painted into a corner."

However, TMZ reported that Stodden had been shopping her "unique solo sex tape" around town before she came up with the sketchy and uncorroborated story about her best friend stealing it because "he will stop at nothing to double-cross me." She then reportedly had her attorney demand that Vivid Entertainment return the tape to her.

Sources say Courtney reportedly signed the deal with Vivid over the weekend. 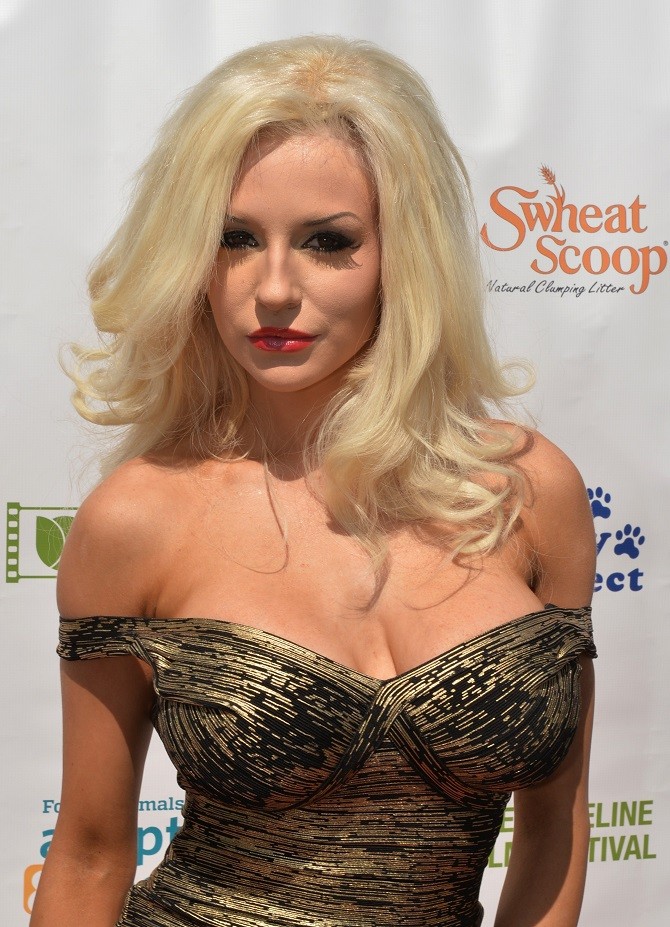 Courtney Stodden is managed by her mother and her husband, whom she married when she was just 16 years old. She's already been on Celebrity Big Brother and Hollywood Hillbillies. She tried to have a music career and that didn't work out. Now she's filmed a sex tape and reportedly shopped it around Hollywood looking for the highest bidder. What's surprising is that this didn't happen sooner.

Of course, acting publicly reluctant to release the sex tape you made as part of a plan to make tons of cash is a time-honored tradition that has been followed by other Vivid sex tape stars, such as Farrah Abraham. In fact, Kevin "KB" Blatt, a Hollywood sex tape broker (who knew that was an actual job?) told Fox News that is exactly what is happening here. Stodden's deal with Vivid was locked down long before her cockamamie back story was invented.

That fact makes Courtney's claim that she's donating the sex tape's $1 million to charity make more sense. She can help the "animals or sick children" she claims to feel so much for now and reap the bonuses to boost her own net worth – which CelebrityNetWorth estimates at $100,000 – later.