By Joseph Gibson on May 12, 2017 in Articles › Entertainment

An unnamed cheerleader (who has maintained her anonymity even after a Good Morning America appearance) is taking the NFL to court over allegedly unfair payment practices. She was on the San Francisco 49ers' Gold Rush cheerleading squad during the 2013-2014 season, and now she's suing for up to $300 million in damages on behalf of herself and all other cheerleaders employed by the NFL.

The class action suit alleges that the NFL colludes with teams to keep cheerleader wages down. It states that cheerleaders only earn between $90 and $125 per game, and that it's paid out in lump sums that are subject to fines for missing practice and other infractions at the end of the season. This comes to about $1,250 a year on average, well under the $26,000 annual salary professional dancers are reported to receive, and compared to the amounts brought in by NFL players it's not even a drop in the league's bucket. Attorney Drexel Bradhsaw is quoted by The Daily Mail to the effect that cheerleader wages are the makings of a "national scandal," going on to say:

"The free market and legal systems are supposed to protect women as much as men. Here, they failed by not allowing the women to compete, to cheer on different teams, to work for the highest bidder. They are not even allowed to discuss what they are earning." 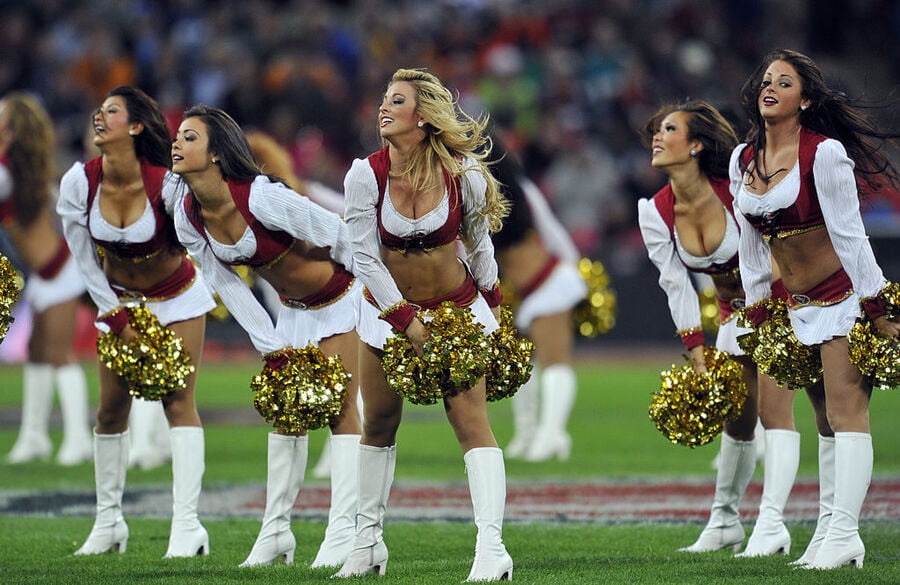 The suit paints a grim picture of the NFL conspiring with all of its 32 teams to squash competitive wages for cheerleaders, and to prevent teams and organizations from outside the NFL from attracting cheerleading talent with better pay. It makes a point of illustrating how poorly cheerleaders are compensated compared to other positions throughout the organization, even singling out mascots as earning significantly more with salaries of up to $65,000 a year – it's a sad state of affairs when throwing our beloved football mascots under the bus becomes a legal necessity, that's for sure.

There is some precedent for individual teams paying out as a result of low cheerleader wages, with the Oakland Raiders having paid $125 million to two litigious former members of its own cheerleading squad.