Forget Billionaires. When Will The World Have A TRILLIONAIRE? Sooner Than You May Think!!!

By Brian Warner on March 4, 2015 in Articles › Entertainment

Last season on the FX series Louie, there's a scene where Jerry Seinfeld (playing himself) is angry with Louis C.K. for showing up to a charity event in the Hamptons. Jerry, who is dressed in his best tuxedo, is also pissed that Louis showed up to the snooty event wearing jeans, sneakers and a ratty t-shirt. As they hurry backstage, Louis asks; "Who are all these people? They look like celebrities but I don't recognize any of them." Exasperated, Jerry replies "These are the billionaires and trillionaires of Hampton Beach." To which Louie responds, "There are trillionaires now?" Jerry brushes him off with a simple "Yeah," then shuffles Louis on stage where he bombs horribly while wearing a security guard's cheap blazer. It's a pretty amazing episode that also inadvertently presents a very valid question: When will the world see its first TRILLIONAIRE?

Even just typing the word "trillionaire" feels weird. And that's coming from a guy who types the words "billionaire" and "millionaire" all day long. In fact, "trillionaire" is such a weird word that my editing program keeps underlining it with a red squiggly line, assuming I made a typo. Which is crazy because by now the program should know that I've literally never made a typo in my entire life.

The richest person in the world right now (not counting Vladimir Putin, who might allegedly be worth $200 billion), is Bill Gates. If you take our word for it, Bill is worth $86 billion. Bloomberg's billionaire ranking pegs Bill at $85 billion. According to Forbes, Mr. Gates is worth $79.2 billion. Even if you take the average of the three numbers, $83 billion, that's still just 8.3% of $1 trillion. Gates, the richest person on the planet for the better part of the last 25 years, is $917 billion shy of trillionaire status. 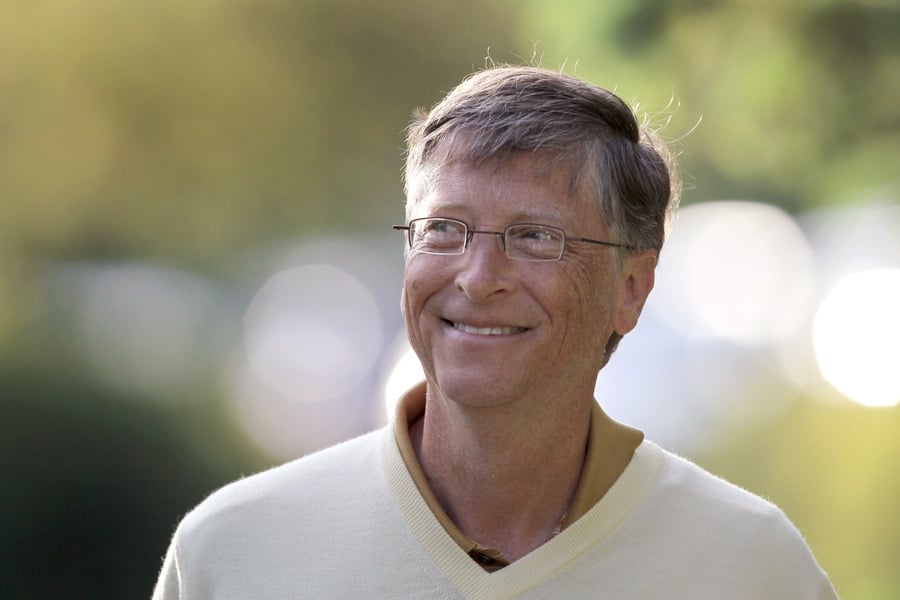 If you take into account inflation adjusted fortunes of historical figures, the closest any human being has ever gotten to having $1 trillion was the 13th century African King Mansa Musa (who also happens to be the richest human being ever). Mansa's inflation-adjusted net worth is $400 billion.

The second richest human being of all time, after adjusting for inflation, is John D. Rockefeller, who died in 1937 with a fortune equal to $340 billion. That's one third of the way to a trillion.

What's really crazy about those two examples is that here we have an African King, and a man who is easily the most successful business tycoon of all time (so far). They both enjoyed nearly unlimited power, resources, and a lack of regulation. Yet even if you combine their net worths, it's not even 3/4ths of the way to a trillion.

In order to get a trillion dollars, you would have to combine the net worths of the top 26 richest people on the planet today. If you added up the wealth of the remaining 1800 billionaires on the planet, you'd get roughly $6 trillion.

Will We Ever See A Trillionaire?

YES! And probably a lot sooner than you'd think.

A "Global Wealth Report" that was produced by global Investment Bank Credit Suisse, actually predicts that the world will see 11 trillionaires in the next two generations! The report predicts:

"Future extrapolation of current wealth growth rates yields almost a billion millionaires, equivalent to 20 per cent of the total adult population. If this scenario unfolds, then billionaires will be commonplace, and there is likely to be a few trillionaires too – eleven according to our best estimate."

Think about that. A world where 20% of the population are millionaires and that being a billionaire is as common as being a real estate agent. Actually, this breakdown might already exist in certain parts of Monaco and Dubai.

Who Will Be The First Trillionaire?

In order for someone to experience the kind of explosion in wealth that makes him or her the richest person on the planet for many years, decades and centuries, an explosion in technology and a massive shift in the human condition must occur. Think about it. Bill Gates pioneered the personal computer, software and technology in general that we are all slaves to today. Rockefeller got the entire planet addicted to crude oil as the primary source of energy. Mansa Musa controlled the entire planet's supply of gold and spices at a time when intercontinental trade was first taking off and those commodities did not exist in places like Europe.

Whoever becomes the world's first trillionaire will need to conquer a resource or technology that probably seems totally impossible and crazy today, and completely changes the lives of every human on the planet.

If I were a betting man, I would predict that the world's first trillionaire earns his or her fortune by conquering some unimaginable feat in outer space. Imagine if someone figures out a way to mine an asteroid. Imagine if that person also discovers that asteroids are made of a substance that is somehow extremely valuable on earth. Perhaps an energy source that is exponentially cheaper and cleaner than oil.

I'm not the only person who thinks the key to trillion dollar fortunes lies in space. Peter Diamandis is an American entrepreneur who has invested heavily in companies that are trying to find a way to mine asteroids. In his words:

"These asteroids are trillion dollar assets. They are everything that we hold of value on earth – metals, minerals, real estate and I think the first trillionaire is going to be made in space."

So there you have it! Start reading up on rocket ships. Take a class in space engineering. Go rent Armageddon. You could have what it takes to be the world's first trillionaire! If that happens, and I'm still alive, please invite me to some parties! And to give you a visual representation of what one trillion cash would look like, check this out.