The Richest And Oldest Food Families In The United States

By Paula Wilson on June 6, 2014 in Articles › Entertainment

Good food is awesome.  Restaurants charge exorbitant fees for it. Some chefs become rockstars because of their ability to create it.  Some brands become absolute must-haves because everything they produce tastes fabulous.  In fact, there are a few brand names that have become veritable food institutions.  Interestingly, many of these long-lasting companies are family-owned and operated, a rarity in today's corporate world.  These "first families of food" have been making our tummies happy for generations, in some cases, and they have become very wealthy, and surprisingly powerful, because of this.  Here's a list of the family-owned food companies that fill our stomachs… and empty our wallets.

You can't really go wrong with alcohol. Well… you can… but as far as a money-making venture, producing good alcohol is pretty much a guaranteed win.  This is a fact to which these three brewing families can attest.

The Busch Family of Anheuser-Busch – Worth:  $8.6 billion 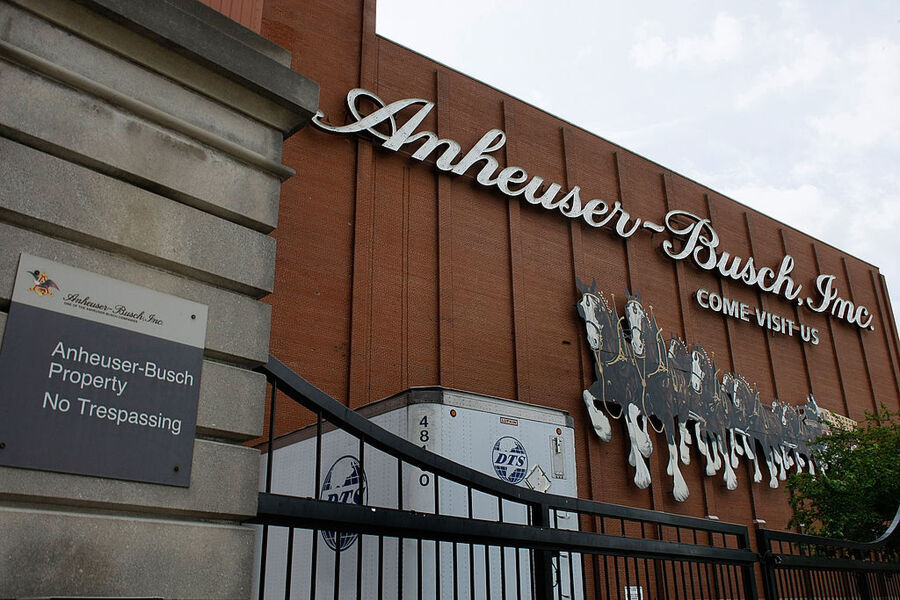 Anheuser-Busch came to be when Aldolphus Busch, a German immigrant, bought a brewery supply company in St. Louis, Missouri in 1857.  Once he had the supply company, he needed some beer, so he purchased a brewery from one of the brewers who used his supply company, Eberhard Anheuser.  His new brewery, now called Anheuser-Busch, would come to be one of the most successful breweries in the United States.  It was also the first to use pasteurization as part of the bottling process.

The company grew in leaps and bounds between the mid-40s and the mid-70s.  By 1957, they were the largest brewery in the US.  They owned the St. Louis Cardinals from 1953 to 1996.  They ran 10 amusement parks in the US until 2009.  They also went international in 1981, opening multiple breweries and offices in China and the United Kingdom.  The company remained family owned until 2008, when InBev, a Brazilian beer conglomerate, engaged in a relatively hostile takeover of the company.  After months in court, and intense negotiation, Anheuser-Busch sold to InBev for $52 billion.  The combination of InBev and Anheuser-Busch, created the largest brewer in the world.

Worth: Unknown, but the CEO a 6th Generation Yeungling is worth $1.3 billion

D.G. Yeungling and Sons began when David Gottlob Jungling moved from Stuttgart to Pottsville, Pennsylvania.  He changed his name to Yeungling, so people could understand how to pronounce it, and opened his first brewery, "Eagle Brewery", in 1829.  The building burned down in 1831, but he reopened it soon after.  The name was changed to D.G. Yeungling and Sons in 1873.  The company surged to the forefront in the 1970s, buoyed by a wave of patriotism caused by the U.S. Bicentennial in 1976.

The company has continued to grow since then, and now has offices in Florida, as well.  Unlike many U.S. brewing companies that are now owned by foreign beer divisions, Yeungling has stayed family-owned due to a family business model.  Each successive generation buys the company, at full market value, from the previous generation.  It insures that the company remains in the family, while also remaining fiscally sound.  It's a plan that appears to be working.

The Schell Family of August Schell Brewing Company – Worth:  $50 million

This is the second oldest brewing company in the U.S., and like Yeungling (the oldest brewing company), Schell's Brewing has been kept in the family from the beginning.  Launched by German immigrant, August Schell, in 1860 in Ulm, Minnesota, August Schell's Brewing Company has become known for its extensive seasonal brews and for its two major German holiday events, Bock Fest and Oktoberfest.

Like beer, sugar never really goes out of style.  Everyone wants a little something sweet, sometimes.  These two family-owned companies carved out major niches for themselves and no one has been able to top them.

The Entenmann Family of Entenmann's

Worth:  Unknown, but parent company Grupo Bimbo, tops $10 billion in sales each year.

Entenmann's pastries and donuts are basically their own food group.  Cheap and yummy, the boxed pastries have been popular for years. The company opened it's doors in 1898, as a single bakery on Long Island.  Originally, owned by William Entenmann, a German immigrant, the company passed from generation to generation, eventually growing into a massive plant that handled the thousands of baked goods the company produced each day.

Entenmann's remained in the family until 2002, when it was bought out by Bimbo Bakeries USA.  The unfortunately named new parent company closed down the century old Entenmann plant in Long Island in 2013.  They continued producing the full line of Entenmann's products, however.

Sure the Mars Family created the Mars bar.  However, Mars, Inc. is also responsible for a huge number of other popular chocolate candies.  Additionally, the company has diversified into pet care, symbioscience, food, and drinks.  They run offices in multiple states and are the 3rd largest privately held company in the U.S.  Even with all of their various subsidiaries and partner companies, they are still most widely recognized for their candy production.

Mars, Inc. began in 1911, when founder, Frank Mars, began making candy in Tacoma, Washington.  The company began to take off in the 1920s, when Mr. Mars created the Milky Way bar.  The Mars line expanded from there, and has grown to include M&Ms (created by Frank Mars' son, Forrest), Skittles, Snickers, Twix, Starburst, Dove/Galaxy, and 5.  In 2008, Mars, Inc. bought out Wrigley, and the company now produces Big Red, Doublemint, Freedent, Spearmint, and Winterfresh gum, among other products, as well.

It's surprisingly difficult to produce food that will both survive the apocalypse and still taste pretty good.  These three family-owned businesses have managed to do it.  Though whether their canned and frozen food items would actually survive the apocalypse has yet to be tested… their food does last quite a while.

The Goya Company was born and raised in New York City.  It's nearly impossible to go into a bodega or grocery store in the five boroughs of the city without there being an entire aisle devoted to Goya products.  The packaged food company was launched in 1936 by Prudencio and Carolina Unanue when they opened a Hispanic grocery on the Lower East Side.  Popularity built quickly, as their little grocery became known for awesome Puerto Rican food.  They began selling their items to other grocery stores, and the company grew from there.

Goya expanded into the rest of the country in the 70s, and is currently being run by the third generation of Unanues.  The name Goya was actually purchased from the Unanue's Moroccan sardine and olive supplier for $1, when they realized that their own name was a bit hard for people to pronounce.  It is now the largest Hispanic-owned business in the US, employing 3,500 people and producing 2,200 products.

The Schwan Family of Schwan Food Company – Worth:  $3 billion

If Schwan Foods had stayed with their initial food product, they would have belonged in our candy/dessert category.  The company began in 1952, when Marvin Schwan began selling ice cream out of his van.  In the late 50s, the company expanded to other frozen food items, first adding frozen juice concentrate, and then frozen fish.  In the 70s, they jumped on the frozen pizza wagon, first supplying frozen pizzas to school cafeterias, and then launching the Red Baron Frozen Pizza line for sale in grocery stores.

The company has expanded to include multiple brands of frozen foods, including Freschetta, Tony's, Mrs. Smith's, Pagoda Express, and others.  They also partnered with the television show, "Top Chef", to create consumer versions of the meals the chefs prepared on the show.  The company currently employs 15,000 people and the last family member to run the company stepped down in 2009.

The Tyson Family of Tyson Foods – Worth: $5.6 billion

Tyson Foods is most widely recognized for their cheap chicken products and canned fish.  They are the second largest food processor and marketer in the world and the largest meat producer in the world.  The company began just after World War I, when company founder John W. Tyson, began raising chickens and grinding his own feed.  Don Tyson, who came to be the face of the company for many years, dropped out of college to help his father run things in the early 50s.  He grew the company by leaps and bounds throughout the 80s.

The family made a portion of its fortune off of meat and frozen food sales in grocery stores.  However, a large source of income comes from the fact that they supply meat to a just about every fast food chain, including KFC, Taco Bell, McDonald's, Burger King, and Wendy's, as well as a number of privately-owned prisons.