By Brian Warner on September 12, 2013 in Articles › Entertainment

Is there anything worse than having to work on the weekend? It's bad enough we have to wake up at the crack of dawn Monday through Friday in order to pay the bills, then Lumbergh's always trying to run my Saturdays as well! Weekends are supposed to be hallowed ground that are never be disturbed by memos, meetings, presentations or TPS reports. I mean, even God had to take rest from work on the seventh day. GOD! On the other hand, you know what might mildly soften the blow of having work on a Saturday? If, for that single day of labor, you earned a guaranteed minimum of $41.5 million with the possibility of earning an additional $60 million bonus. That's the situation Floyd Mayweather faces as he gears up to fight Saul Alvarez on Saturday, September 14th in Las Vegas. 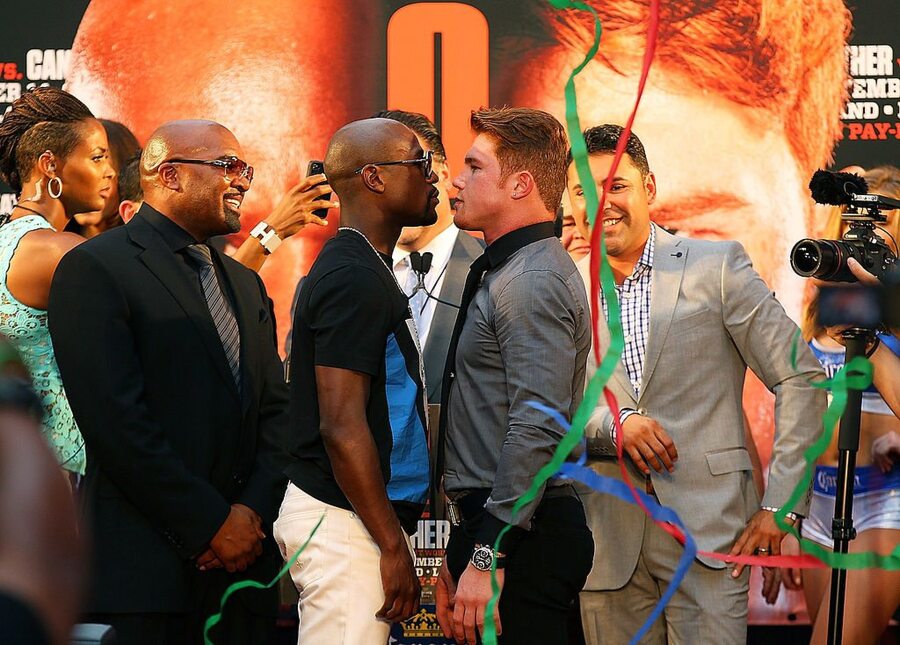 Yesterday, Mayeather's team met with the Nevada State Athletic Commission to lay out the details of how much each fighter will receive on Saturday night as a minimum purse. Mayweather will earn a record setting guaranteed minimum $41.5 million purse. That shatters his own previous purse record of $32 million that he received for fighting Robert Guerrero last May. Saul Alvarez will earn a minimum purse of $5 million.

But you may have guessed, guaranteed minimums are just that… minimums. Both fighters will receive millions in bonus money off Pay Per View royalties, ticket sales, merchandise, concession sales and much more. When it's all said and done, Saul Alvarez is expected to bring home an additional $7 million in royalties off the fight, bringing his total take to $12 million.

How much will Mayweather earn in royalties? As we have detailed on several occasions in the past, Mayweather's fights are very different from your average boxing event. Typically, a fighter (including big names like Manny Pacquiao) are simply paid a large up front fee to show up and fight. These contract fighters do share a small bonus PPV bonus incentive, but the real beneficiaries are the promoters. Promoters (Don King, Bob Arum, Oscar de la Hoya) put up all the money to actually stage the fight. They reserve the venue, pay the concession workers, arrange TV deals etc. Because the promoters are taking on all the risk, they also stand to have the largest windfall from the profits (or conversely the largest exposure to any losses). Whenever Mayweather fights, he does not use a third party promoter. Instead, he fronts all the advanced costs personally, out of his own pockets. That means, before the fight, he will personally cut Saul Alvarez a $5 million check that is drawn out of his own extraordinarily large bank account. 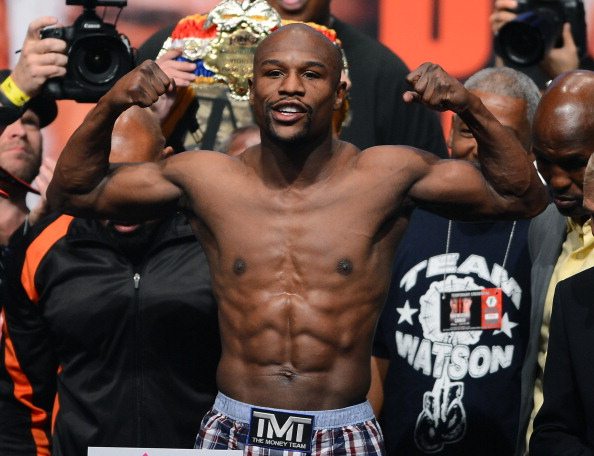 Essentially, Mayweather is paying all the upfront costs in order to take a percentage of not just Pay Per View sales, but also tickets, merchandise, sponsorships… even beer that is sold inside the MGM Grand on fight night. These upfront costs for a fight like Saturday's are likely in the $40-$50 million range. In return for taking on such a heavy burden, Mayweather will receive 90% of any profits generated off his fight. The other 10% will be split predominantly by Saul Alvarez and the television network Showtime which will actually air the pay per view event. When Mayweather fought Gurerrero, his bonus ended up being $20 million thanks to this very same lucrative arrangement. According to Showtime Sports Executive Vice President Stephen Espinoza, Mayweather could earn as much as $60-100 million fighting Saul Alvarez on Saturday.

Speaking of Showtime. Saturday's fight will be the second of six matches that Mayweather is fighting as part of an unprecedented mega contract he signed with Showtime. In order to steal away the rights to partner with Mayweather from rival HBO, Showtime offered what has been referred to as the "biggest deal in sports history". Assuming Pay Per View sales for his fights don't dwindle, by the end of his contract Mayweather has the ability to earn an additional $200 million from Showtime.

So, would you feel a little bit better about having to work on a weekend if you were making $60-$70 million? What if that meant having to take a few punches from Floyd Mayweather? 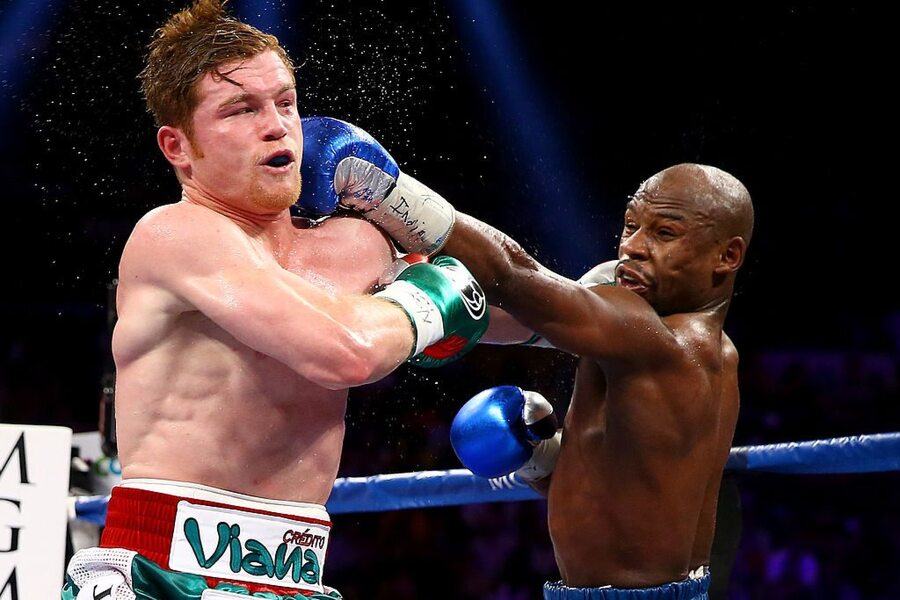