By Brian Warner on May 5, 2012 in Articles › Entertainment

When Floyd Mayweather steps into the ring to fight Miguel Cotto tonight he will have already banked a cool $32 million! $32 million breaks the record for the highest guaranteed purse in boxing history by $2 million. The previous purse record belongs to Mike Tyson who was earned $30 million to fight Evander Holyfield in 1997. Mayweather will end up earning even more money since he owns a cut of the pay per view sales. His previous fight against Victor Ortiz generated $78.44 million worth of pay per view sales and upped Mayweather's earnings to over $40 million. Experts expect a similar outcome with tonight's match up. 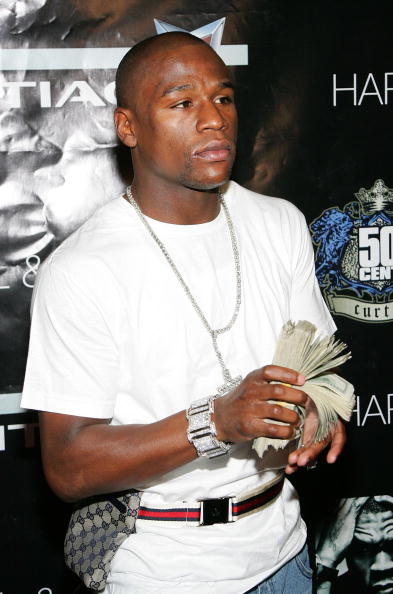 When Tyson fought Holyfield in 1997, they set the record for the highest combined purse ever which still stands today. Holyfield earned $11 million which brought the purse total to $41 million. Tonight's fight purse total is just a million shy of that at $40 million.

Michael Buffer is also cashing in big tonight when he earns his standard $5 million fee for announcing "Let's Get Ready to Rumble!".

So will you be ordering tonight's fight? Who will you be rooting for? Do you think anyone will ever dethrone Floyd Mayweather as boxing's pound for pound and dollar for dollar champion?