By Brian Warner on September 12, 2013 in Articles › Entertainment

How much money do you keep in your checking account? A couple hundred dollars? Maybe a couple thousand? For most people, the answer probably depends on how far you are from payday and whether or not your rent check and credit card bills have cleared. Financial advisors actually recommend keeping a fairly low balance, even if you're super rich, because checking accounts tend to come with very low interest rates (like 0.50%) and are only insured up to $250k by the FDIC. That means if you had a million dollars in your checking account and your bank failed, you would lose $750,000 without any recourse. Floyd Mayweather better hope his bank is the most stable institution in the world, because apparently he keeps $123 million IN HIS CHECKING ACCOUNT. That's right. Your eyes are not deceiving you, that is not a typo. Floyd Mayweather has an 9 figure checking account.

Mayweather's shockingly large checking account was revealed in a recently published ESPN interview titled "The Last Great American Prizefighter". The author of the article, Tim Keown, spent a few days fully immersed in Floyd's world. And it truly is a crazy world. On its surface, the purpose of Floyd's world is to keep him occupied and distracted 24/7 as he leads up to his fight against Saul "Canelo" Alvarez on September 14. Floyd is guaranteed to earn an estimated $41.5 million off this fight alone. That equates to the largest purse in boxing history, a full $9.5 million more than the guaranteed $32 million he got to fight Robert Guerrero. 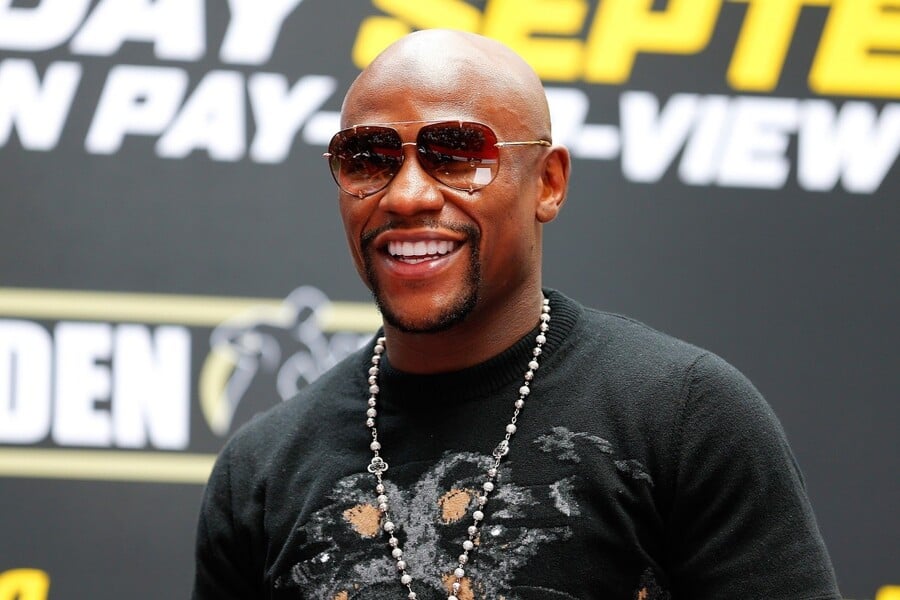 The article provides some fascinating insights into the insane world of Floyd Mayweather. For example, Floyd wearsa minimum $3 million worth of jewelry whenever he goes out. He never wears the same pair of $18 boxers more than once. He never wears a pair of shoes more than once and leaves behind all of his discards for fans, housekeepers and hotel staff. At all times, he travels with a 20 person entourage that is made up of friends, family members, bodyguards, a barber (even though his head is shaved) and a massage therapist who coincidentally happens to be a gorgeous female with a smokin body and very large breasts. Here, I looked her up for you:

Whenever Floyd needs to drive somewhere, he travels with a fleet of a dozen Escalades which are usually transporting him to and from private airports. Whenever he flies, he reserves two private jets. Floyd always flies with a smaller group of associates in a G5 and the rest of the entourage follows closely in a G4.

And then there's Floyd's checking account. At one point during a visit to a Foot Locker in Grand Rapids, Michigan, Floyd pulls the interviewer aside to show him a bank slip. At the bottom of said bank slip, there is a section that displays Floyd's current account balance. As you've probably ascertained by now, that balance was a little more than $123 million dollars. 9 figures. In one account. And that's just the account we know about!

I just did a little math. Assuming Floyd's checking account pays 0.50% interest, $123 million would earn around $615,000 in interest per year. That's a little more than $50,000 per month. And while that may sound kind of cool, if Floyd was able to earn a modest 5% return by investing in anything other than his checking account, he'd be making $6 million per year. Then again, maybe Floyd has the right idea. As long as his bank never fails, he'll always have access to a massive amount of liquid cash ready to be spent on a moment's notice. He would have completely avoided the huge market downturns of 2008/2009 and he'll never lose money to a crook like Bernie Madoff.

This is actually the second time I've heard of someone who keeps an extraordinarily large balance in their checking account. About two years ago, a billionaire hedge fund manager named David Tepper accidentally left his ATM receipt behind after making a $400 cash withdrawal at a bank in The Hamptons. The next person who used the ATM found the receipt and noticed that the account had an available balance of $99,864,731.94. Here is a copy of that receipt: 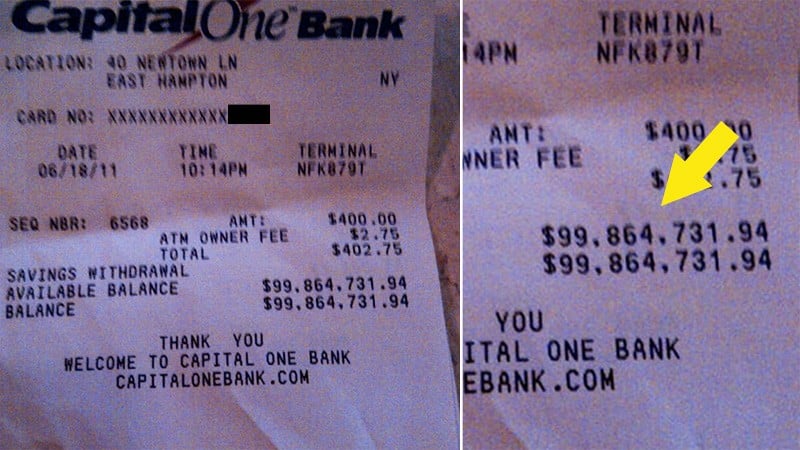 $100 million ATM Receips
Did we make a mistake?
Submit a correction suggestion and help us fix it!
Submit a Correction