By Brian Warner on November 22, 2013 in Articles › Entertainment

Tomorrow night, boxing's second most famous superstar, Manny Pacquiao, will make his first appearance in the ring since suffering a very controversial loss against Juan Manuel Marquez back in December. Instead of taking place at the MGM Grand in Las Vegas as per usual, tomorrow's fight against Brandon Rios is being hosted at the Venetian Resort Casino on the tiny gambling island of Macau, 30 miles off the coast of Hong Kong. Technically speaking, the fight will actually take place very early Sunday morning local time, in order to broadcast live to the United States on Saturday evening. For his efforts tomorrow night (Sunday morning) is guaranteed $18 million just to show up. His opponent Rios will make $4 million. Depending on Pay Per View sales, Manny's final payout could eventually top $30 million. Not bad for a few hours worth of work on a Sunday morning, but still nowhere near what Floyd Mayweather makes to step in the ring. After breaking Pay Per View records, Floyd took home roughly $85 million from his last fight against Saul Alvarez. How is this possible? Why does Floyd make so much more bank than Pacman? 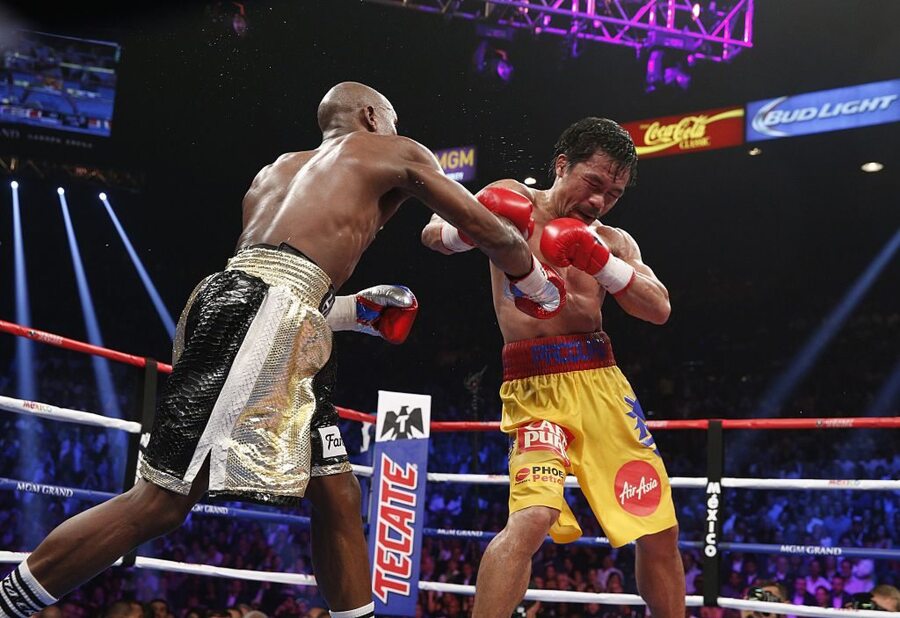 In order to make the really big money in the world of professional fight promotion, you need to follow the Floyd Mayweather's highly creative and highly lucrative business model. The reason Floyd Mayweather is able to take home as much as $80 million from a single night's work is because he owns every single aspect of his own events. Whenever Mayweather fights someone, he puts up all the money for the entire show, himself. He pays for the venue, the insurance, the vendors and even his opponent's purse, out of his own pocket. When Mayweather fought Saul Alvarez, he spent $15-20 million of his own money before a single punch was even thrown. He also put aside $40 million for himself as an appearance fee. The major risk Floyd is taking is that all these expenses occur before the fight happens. If there was a natural disaster like a hurricane, the fight would be canceled and Floyd would be out of luck.

On the other hand, when the Alvarez fight did go through as planned, more than 2.2 million households ordered it on Pay Per View for $65 which generated $150 million worth of revenue. Even after a large percentage was taken out for the distributors and costs, Floyd was still left with a $45 million bonus. And 100% of that money went directly into his bank account (after taxes). When you add Mayweather's $40 million appearance fee and his $45 million PPV bonus, you can start to understand why he makes $85 million for a single fight.

Floyd's brilliant business model is also partially to blame for why we have not and likely will not ever see him fight Manny Pacquiao. Unlike Floyd, Pacquiao fights for a boxing promotion company, namely Bob Arum's Top Rank Promotions. Pacquiao is essentially a highly paid employee of Top Rank. Pacman commands very high appearance fees, but at the end of the day he still splits the PPV revenues with Top Rank. Mayweather is not willing to risk his perfect record unless he is the sole promoter. That puts Floyd in the driver seat and so far the two sides have not been able to reach a middle ground. Mayweather has offered a flat $50 million fee with no PPV upside. But Pacquiao and Bob Arum are very aware that this fight would be the biggest Pay Per View event in history and could generate as much as $200 million in revenue. If those numbers were accurate, under his own model Floyd could take home $150 million! Arum's team countered with an offer that would pay Floyd $100 million and Pacman $80 million (55% vs 45%). Mayweather turned it down. Who knows if there will ever be a compromise, but you have to think that at some point Mayweather can't keep turning down $100 million! How much is a perfect record (and pride) worth? How much would you give up to go out on top without any losses? 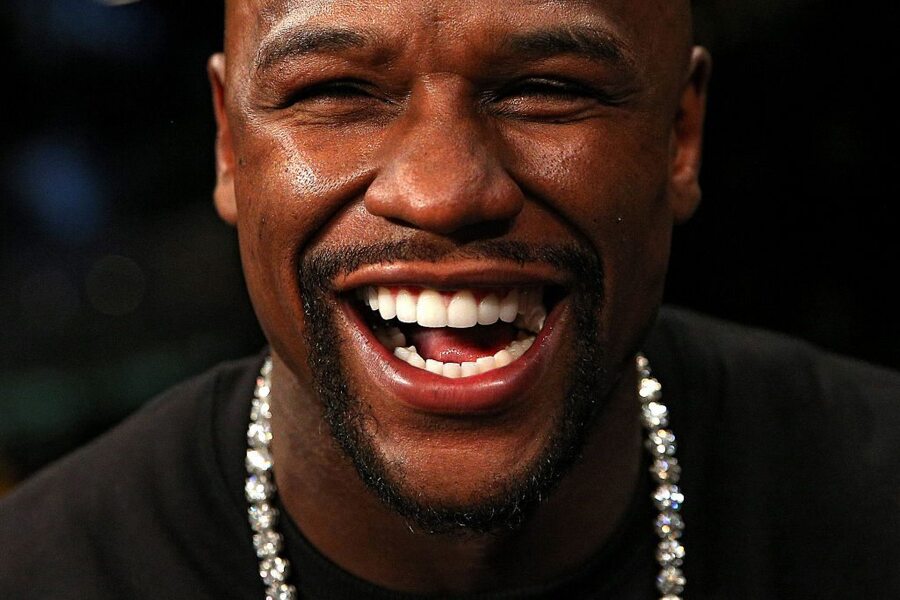 Floyd Mayweather /Patrick Smith/Getty Images
Did we make a mistake?
Submit a correction suggestion and help us fix it!
Submit a Correction