By Amy Lamare on October 1, 2019 in Articles › Entertainment

Wow. Not only did Fleabag win six Emmys last weekend, but the one-woman show that became a critically acclaimed television show has also landed its creator, Phoebe Waller-Bridge an overall deal with Amazon studios that is worth $20 million a year. The deal has the Emmy winner creating and producing new TV content that will premiere and air exclusively on Amazon Prime Video. The Royal Academy of Dramatic Arts (RADA for those in the know) graduate released a statement about her new deal saying:

"I'm insanely excited to be continuing my relationship with Amazon. Working with the team on Fleabag was the creative partnership dreams are made of. It really feels like home. I can't wait to get going!"

Fleabag isn't Waller-Bridge's only show, either. She created the BBC America Killing Eve starring Sandra Oh and has the series run coming to HBO AND she worked on the next James Bond script. Not bad for the London born actress, writer, producer. 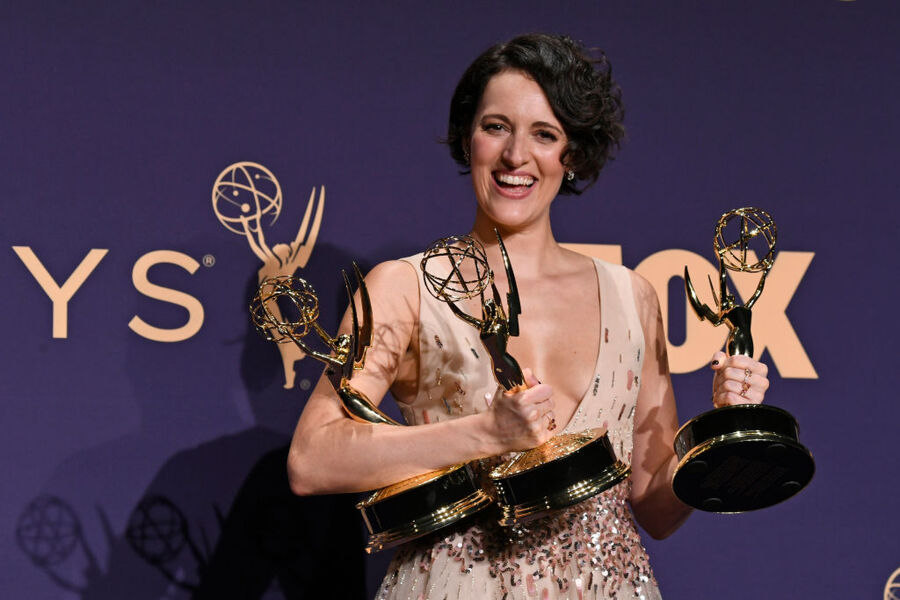 Waller-Bridge was born in West London and grew up in the Ealing neighborhood of London with her parents, older sister Isobel, and younger brother Jasper. Her siblings are both in the music industry and her sister wrote the music for Fleabag.

In a profile of her in the Hollywood Reporter back in August, Waller-Bridge had comments about overall deals. She said: "…you can smell it a mile off when people are just saying, 'We want to pay for your name,' to be associated with their company and then have their own agenda." She admitted she didn't trust that, but that there was an "appeal in not having to meet new people all the time." Well, we can certainly see the appeal of $20 million a year. The deal is reportedly for three years, making Waller-Bridge one of the hottest showrunners in the business today.