The Five Wealthiest Drug Lords Of All Time

By B. George Young on November 23, 2015 in Articles › Entertainment

The sad truth is, not everyone who is filthy rich made their money on the up and up. While some people may have engaged in unethical business practices, others are even worse, having made billions of dollars selling things like illegal drugs. Drug lords, also known as kingpins, can be notorious criminals, who head up large networks of questionable characters. These people have no regard for the law and will do anything they can to make lots of money.

These drug lords often sit back and don't even have to get their hands dirty. They collect their money, while other people do all of the dirty work and put themselves in danger just for a piece of the action. Drug lords can be hard to catch, because authorities often have to go undercover and spend long hours trying to get to the big boss. Under President Richard Nixon, the United States spent more than $1 trillion trying to fight the War on Drugs. Unfortunately, drugs are a huge industry and the Global Commission on Drug Policy has estimated that legalizing drugs would lead to a revenue of more than $45 billion. Let's take a closer look at the five richest drug lords of all time.

Khun Sa headed up the infamous Golden Triangle, which provided 90% of the heroin in New York City during the 1970s, 80s, and 90s. Sa was known as the "Opium King" and operated in Laos, Thailand, and Myanmar. He even offered to sell his empire to the Australian government for $50 million per year over eight years. Sa then tried to offer the same deal to the United States! He gave himself up to authorities in 1996 and was able to live peacefully in Rangoon until he passed away in 2007.

Gacha was a member of the Medellin Cartel and was known as "El Mexicano" due to his fascination with the Mexican culture. He controlled several smuggling routes between Mexico and the United States. He set up secret labs in Colombian jungles where he had hundreds of workers living and working to make cocaine. Gacha was listed on the Forbes billionaires list in 1988, but was shot to death by police the next year after his son led the police to him by mistake. 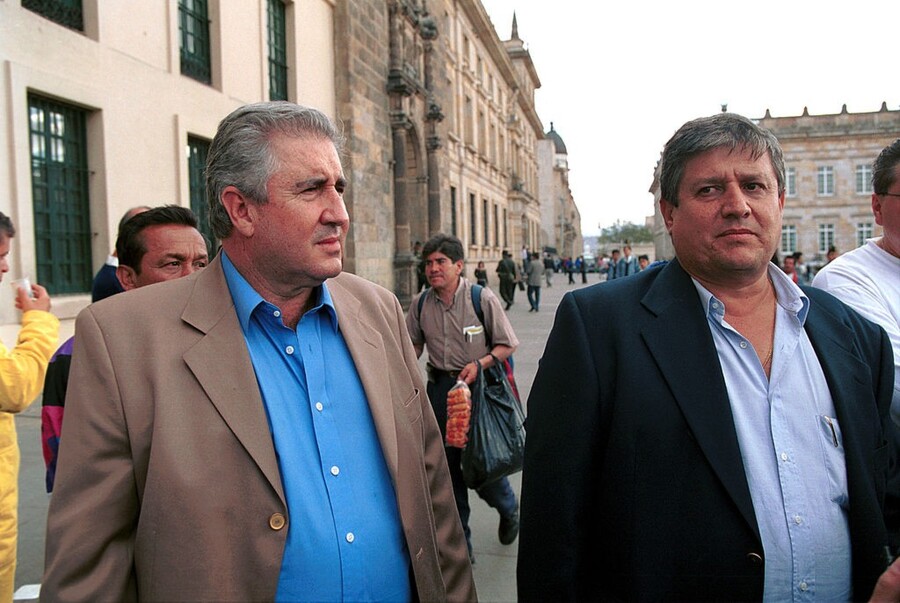 Fabio, Juan, and Jorge Ochoa were members of the notorious Medellin Cartel. The brothers were key operators in the 1970s and Jorge Ochoa was even named to the Forbes billionaire list in 1987. They raised eyebrows when they were suspected in the death of former cartel pilot turned informant Barry Seal. All three brothers surrendered in 1991 and only served six years each after a plea bargain. They managed to lay low after they were released, until Fabio Ochoa was arrested for drug smuggling in 1999.

Ibrahim is the leader of the crime ring known as "D-Company" which also operates in extortion, arms, and counterfeiting. Ibrahim has been linked to Osama Bin Laden and his crime ring is rumored to fund the Bollywood film industry. His whereabouts are currently unknown.

Carrillo was nicknamed "The Lord of the Skies" and was one of Mexico's top drug traffickers. He transported Colombian cocaine to many airports and airstrips using his 22 private 727 jet planes. Both the Mexican and United States governments wanted Fuentes, so he decided to have plastic surgery to stay hidden. Amado died during his operation in 1997 and a pair of the physicians who operated on him were later tortured and murdered.

This notorious drug lord became a household name, but he started off as just a petty criminal. He became the kingpin of the Medellin Cartel and was eventually tracked down and killed by the Colombian police's Search Bloc group in 1993. Pablo Escobar was linked to hundreds of murders, but still managed to be involved in politics and help out the poor in his community.