Songwriting can be a thankless job. You pour your heart and soul into the music and lyrics of a song that takes the world by storm – but someone else gets the fame, the interviews, and the public adoration that your music created.  Instead, you make a portion of the royalties off the track (if the label is honest) and you are offered the chance to write for other artists.  If you're an introvert, that's a great gig.  However, more often than not, songwriters are actually singers/musicians who's own music careers simply haven't taken off.  Ryan Tedder, Max Martin, Dr. Luke, Sia Furler, and Bonnie McKee are the songwriters behind just about every hit song of the last decade.  Their songwriting skills have generated billions of dollars in profits for the labels for which they write and hundreds of millions in royalties for themselves.  They are THE songwriters that every pop star would kill to hire.  With their abilities to churn out hit after hit, it's no wonder that record executives seem less interested in pushing their solo careers.  Just how valuable are they?  Here's a quick rundown of their songwriting success by the numbers.

Revenue as a Songwriter: Approx. $50 million in digital downloads

Of this group of artists, Ryan Tedder has been the most successful at moving out of the shadow of his prolific songwriting record.  His band, OneRepublic, is quite successful.  The group has released a string of hit songs, most of which were written by Tedder, including their massive hits, "Apologize" and "Counting Stars".  However, it is Tedder's songwriting skills that have made him invaluable to the music machine. He has crafted hits for a dizzying array of artists, including Adele ("Rumour Has It", "Turning Tables"); Beyonce ("Halo", "XO"); Maroon 5 ("Love Somebody", "Lucky Strike"); Kelly Clarkson ("Already Gone", "Impossible", "Save You"); Leona Lewis ("Bleeding Love", "Glassheart"); Demi Lovato ("Neon Lights"), Jennifer Lopez ("Do It Well"); Sean Paul ("Got 2 Luv You"); Colbie Caillat ("Brighter Than the Sun", "Hold On"); Ellie Goulding ("Burn"); Jordin Sparks ("Battlefield", "I Am Woman", "The World I Knew"); Natasha Bedingfield ("Love Like This"); B.o.B. ("So Good", "Wrong"); James Blunt ("Stay the Night"); Gym Class Heroes ("The Fighter"); Christina Aguilera ("W Remain"), and the list goes on and on.  Between October of 2013 and March 2014, he had four songs reach the Billboard Top 40.  No other songwriter-producer has had that many songs top the charts at once – ever.

Max Martin, also known as Karl Martin Sandberg, was born in Stockholm, Sweden, and first made a name for himself touring and performing with the heavy metal group, It's Alive. The band released two albums and was critically lauded, but never quite took off.  While working with his band, he became friends with producer Denniz PoP, who encouraged him to write music instead.  It was a good bit of encouragement.  He is almost single-handedly responsible for the 90's pop sound, and continues to pen popular tracks to this day. His list of hits includes Backstreet Boys ("I Want It That Way"); Britney Spears ("… Baby One More Time", "(You Drive Me) Crazy", "Oops!… I Did It Again", "Lucky", "Stronger", "3", "Hold It Against Me"); Celine Dion ("That's the Way It Is"); Kelly Clarkson ("Since U Been Gone", "Behind These Hazel Eyes", "My Life Would Suck Without You"); P!nk ("So What", "Please Don't Leave Me", "I Don't Believe You"); Bon Jovi ("It's My Life"); Avril Lavigne ("What the Hell", "Smile", "Wish You Were Here"); Katy Perry ("I Kissed a Girl", "California Gurls", "Teenage Dream", "E.T.", "Roar", "Dark Horse"); Christina Aguilera ("Your Body"); Maroon 5 ("One More Night"); Taio Cruz ("Dynamite"); Justin Bieber ("Beauty and the Beat"); Taylor Swift ("We Are Never Ever Getting Back Together"); Ariana Grande ("Problem"), among many, many other tracks.  "We Are Never Getting Back Together" holds the record for the fastest selling digital single in history. It reached #1 on the iTunes charts in 50 minutes. 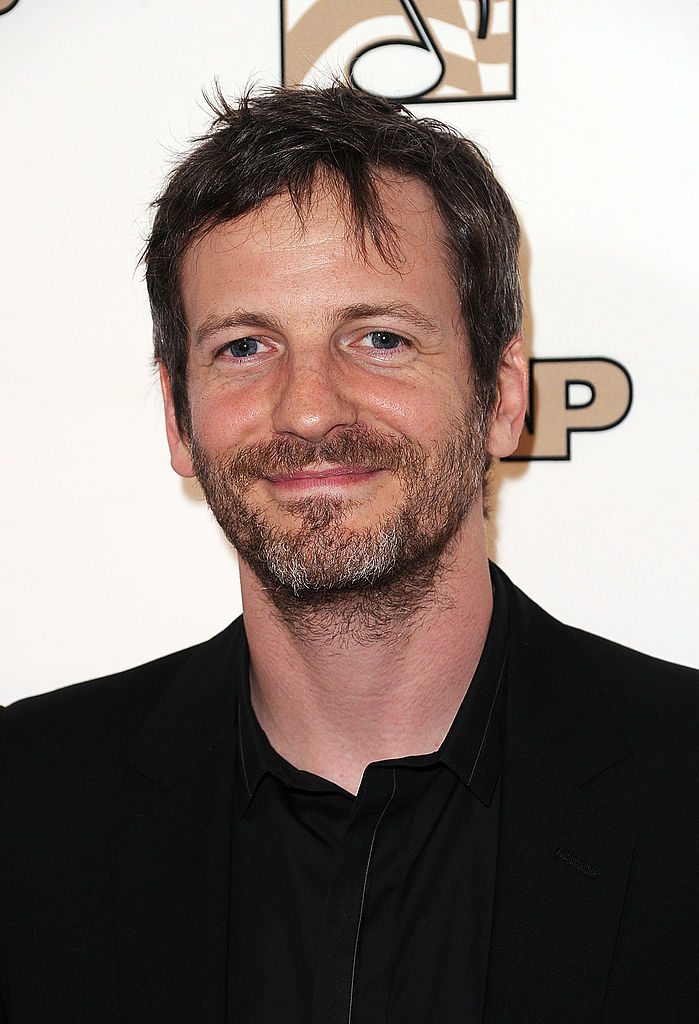 Dr. Luke, also known as Lukasz Gottwald, was born in Westerly, Rhode Island, and originally wanted to be a drummer.  His parents didn't want a drum set in the house, so he taught himself to play the guitar instead.  By the mid-90s, he'd become the guitarist for the "Saturday Night Live" house band, and was making a name for himself as a DJ and remixer in New York.  He met Max Martin at a party, and the two began a long and very successful songwriting and producing partnership.  He is most widely recognized for his producing work, but he has also written or co-written a huge number of hit tracks, including Kelly Clarkson ("Since U Been Gone", "Behind These Hazel Eyes"); Backstreet Boys ("Just Want You to Know"); P!nk ("Who Knew", "Cuz I Can", "U + Ur Hand"); Daughtry ("Feels Like Tonight"); Avril Lavigne ("Keep Holding On", "Girlfriend", "I Will Be", "Runaway", "Alone"); Lil Mama "G Slide (Tour Bus)"); Katy Perry ("I Kissed a Girl", "Hot n Cold"); Flo Rida ("Right Round", "Who Dat Girl"); Miley Cyrus ("Party in the USA"); Adam Lambert ("For Your Entertainment"); Taio Cruz ("Dynamite", "Dirty Picture"); Ke$ha ("Tik Tok", "Take It Off", "Supernatural", "Die Young"); Katy Perry ("Teenage Dream", "California Gurls", "E.T."); will.i.am ("Fall Down", "Reach for the Stars"); Shakira ("Dare (La La La)"), among many, many others. Of late, he has made headlines due to a dispute with Ke$ha, who is signed to his label, alleging abuse. 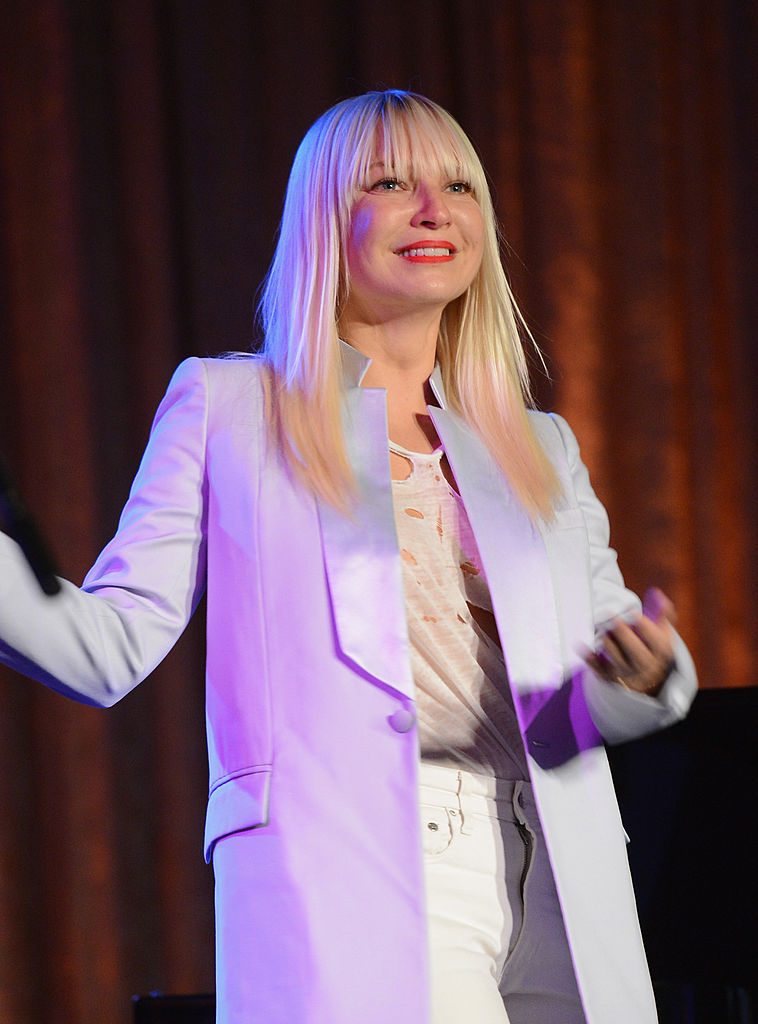 Sia Furler's profits look lower than some of the other artists on this list, but considering that she has wracked up that amount in only 4 years, it's pretty darn impressive.  An Australian singer/songwriter who grew up in a family of musicians, Sia has been a favorite with audiences in Australia and New Zealand since the early 2000s.  However, after relocating to New York in 2005, solo success in the US proved elusive.  So, she shifted her focus to songwriting for other artists.  In 2010, she wrote multiple tracks for Christina Aguilera's album, "Bionic", and a track for her movie, "Burlesque", which went  on to receive a Golden Globe Nomination for Best Original Song. From there, Sia simply took over the airwaves.  Her tracks include David Guetta ("Titanium"); Flo Rida ("Wild Ones"); Rihanna ("Diamonds"); Ne-Yo ("Let Me Love You (Until You Learn to Love Yourself)"); Rita Ora ("Radioactive"); Celine Dion ("Loved Me Back to Life"); Jessie J ("Breathe", "Unite"); Britney Spears ("Perfume", "Passenger", "Brightest Morning Star"); Eminem ("Beautiful Pain"); Beyonce ("Pretty Hurts", "Standing on the Sun"); Lea Michele ("Cannonball", "Battlefield"); Kylie Minogue ("Into the Blue"); Shakira ("Chasing Shadows"), among others.  Ironically, she recently finally broke through with her own single, "Chandelier". With its breakout success, she might just have to put songwriting for other artists on hold for the foreseeable future. 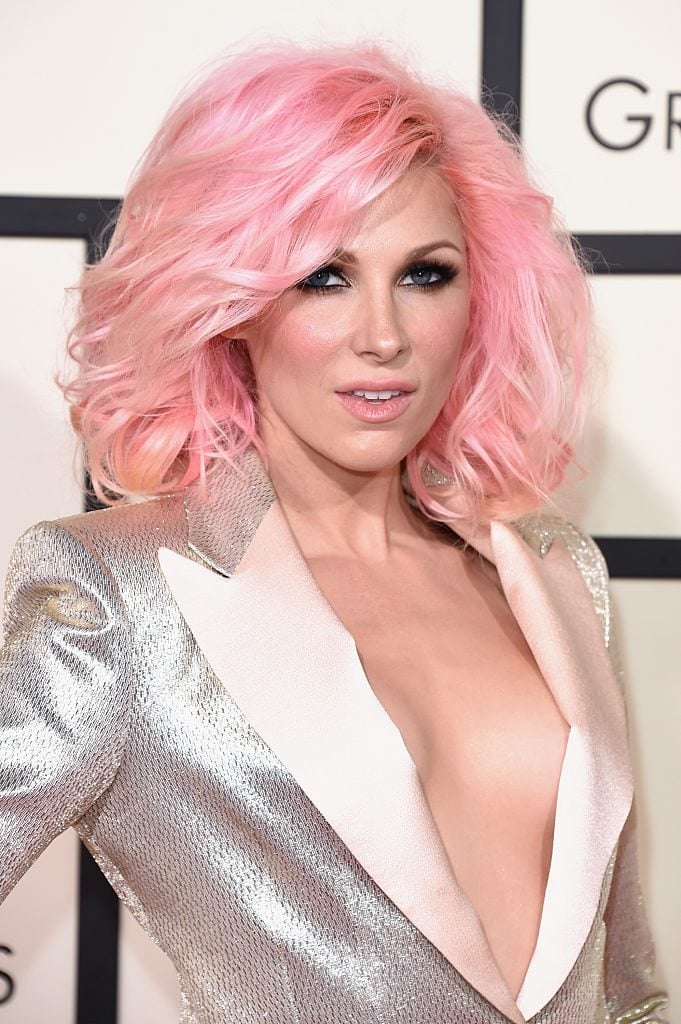 Bonnie McKee is a frequent collaborator with Max Martin and Dr. Luke, and is widely recognized in the music industry as the songwriter behind Katy Perry's success.  However, Katy is not her only client, and she's become a favorite songwriter for a range of artists.  Her list of hits includes Kelly Clarkson ("Alone", "Hello"); Ke$ha ("C'mon", "Supernatural"); Katy Perry ("California Gurls","Ghost", "Last Friday Night (T.G.I.F)", "Teenage Dream", "Legendary Lovers", "Part of Me", "Roar", "Wide Awake"); Adam Lambert ("Choke Hold", "Cuckoo"); Taio Cruz ("Dynamite"); Britney Spears ("Gasoline", "Hold It Against Me", "How I Roll", "Inside Out", "Ooh La La", "Seal It With a Kiss"); Rita Ora ("How We Do (Party)"); Cher ("I Don't Have to Sleep to Dream"); Christina Aguilera ("Let There Be Love"); Leona Lewis ("Lovebird", "Un Love Me"); Cody Simpson ("Wish You Were Here"), and many others. She has eight #1 singles to her name.  Her second solo album is set to drop this year.