For many artists, it would be a dream come true to create their own animated television series and to get paid millions of dollars to do so. Many animated sitcom characters, like Homer Simpson, Fred Flintstone, and even Stewie Griffin have become ingrained in American pop culture. In order for an animated series to become popular, it all starts with a creative and talented creator. One thing many of these animated series share is their non-traditional approach to cartoons, geared more towards adults, which may have helped them stand the test of time. Here are five lucky and talented sitcom creators who have made millions from what they do best.

MacFarlane actually started out working for Hanna-Barbera on shows like Johnny Bravo, Dexter's Laboratory, and I Am Weasel. He pitched his idea for Family Guy to the Fox Network and it debuted in 1999 and is still on the air. MacFarlane has also created animated TV shows like American Dad and The Cleveland Show. MacFarlane was the highest paid writer in Hollywood at one point and has won two Primetime Emmy Awards. Seth MacFarlane has a net worth of $200 million.

#4: Al Jean – The Critic and The Simpsons

Jean started out writing for the Harvard Lampoon Newspaper while in college. During that time period he met his writing partner Mike Reiss. The pair would go on to work on television series such as It's Garry Shandling's Show, Alf, and The Tonight Show Starring Johnny Carson. They were actually hired to be part of the original writing staff for The Simpsons in 1989. Jean and Reiss were the series' showrunners for the third and fourth seasons. Jean would co-create the animated series The Critic starring Jon Lovitz. He worked for Disney and then returned to The Simpsons. Jean has won eight Primetime Emmy Awards and has a net worth of $200 million.

The two men behind Hanna-Barbera met in the late 1930s while they were both working for MGM. They became writing partners and created one of the most successful cartoons ever called Tom and Jerry. The pair then created series like The Huckleberry Hound Show and Yogi Bear. Their most successful animated series was The Flintstones which ran from 1960 to 1966. Hanna and Barbera won eight Primetime Emmy Awards. Today their net worth would be somewhere around $300 million.

Parker and Stone struck gold with their controversial animated series South Park. This adult oriented "cartoon" is mostly written and directed by Trey, while Matt handles the business end. Both of the creators voice the majority of the characters. South Park landed on Comedy Central thanks in part to one of the first internet videos to ever go viral. South Park has won five Primetime Emmy Awards. Trey Parker and Matt Stone each have a net worth of $400 million. 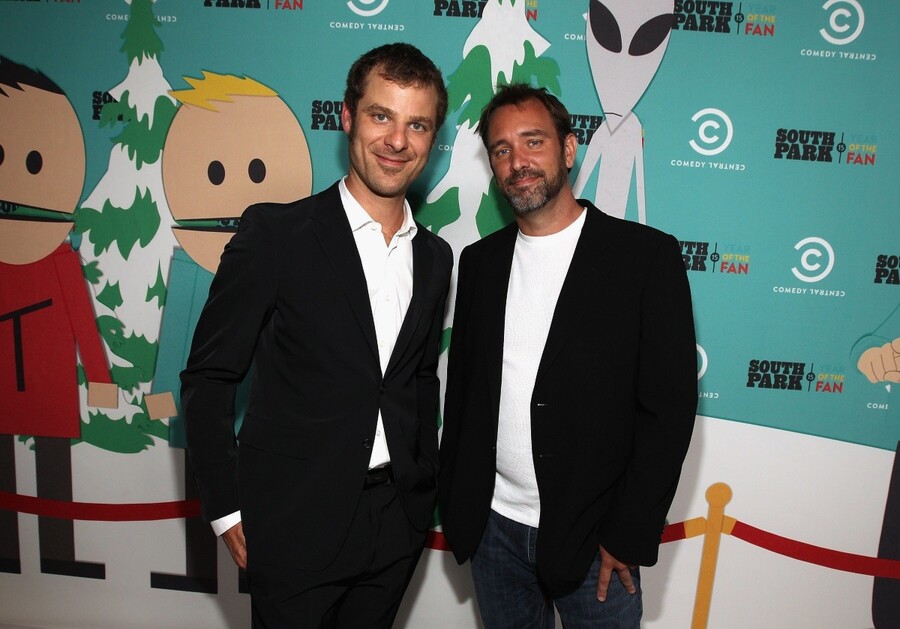 #1: Matt Groening – The Simpsons and Futurama

Groening tops the list for creating the legendary animated sitcom The Simpsons. Matt found success with the comic strip Life in Hell which, caught the attention of James L. Brooks, who wanted it to appear on the Fox variety TV series The Tracey Ullman Show. At the last minute, Groening drew up The Simpsons, afraid he would lose the rights to Life in Hell. The Simpsons' characters were loosely based on Matt's family and became the highlight of The Tracey Ullman Show until they got their own series which debuted in December 1989. Groening also co-created the hit animated series Futurama which aired from 1999 to 2003 and again from 2008 to 2013. Groening has been nominated for 25 Primetime Emmy Awards and has taken home 12 of them. Matt Groening has a net worth of $500 million. 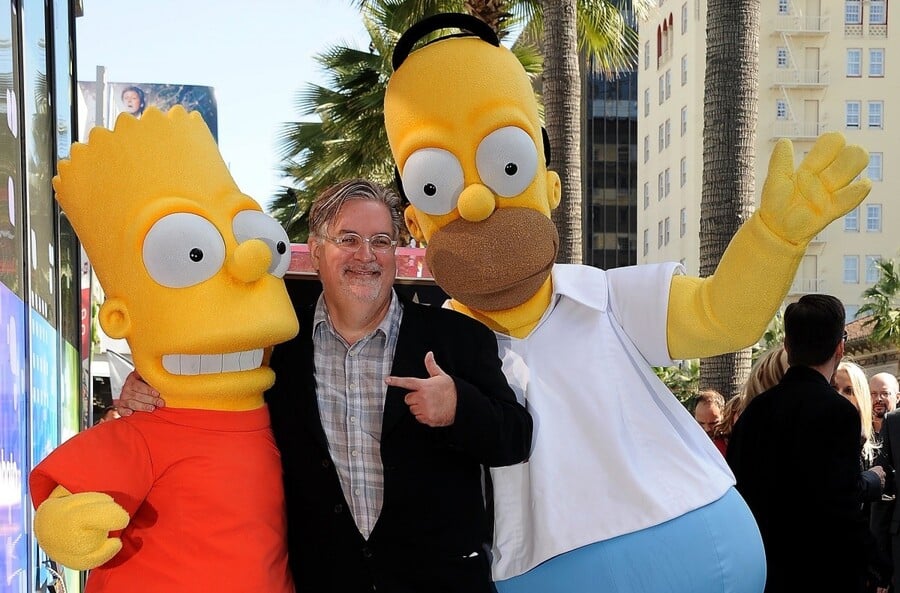