By Venus Lockett on October 6, 2015 in Articles › Entertainment

A young Hollywood starlet who already has quite an impressive resume, Jennifer Lawrence has proven that young people can be A-listers too. An actress who began her career on television, although she had quite an impressive career before ever gracing the silver screen. That being said, her films are certainly what helped her rake in the big bucks. Most well known for her roles in  The Hunger Games series, as well as X-Men, this young lady is showing the world that bosses come in all ages. So, how much money has she been making from her film career? We shall soon see…

A comedy crime film centered on the semi-truthful tales of a couple of con-artists, this movie received critical acclaim and was highly revered by fans as well. Playing the highly troubled wife of "Irving Rosenfeld" (played by Christian Bale), her performance in this film was definitely buzzworthy, and she even got $4 million for playing the role.

A sci-fi superhero film, Lawrence played the role of "Mystique," a shape-shifting mutant. Although it is said that she had allergy issues with the full body make-up, I'm sure that $6 million paycheck was more than enough to rectify the issue.

The yet to be released, latest installment of the X-Men movie series, Lawrence once again assumes the role on "Mystique" in this end-of-times themed, sci-fi flick. Let's hope she continues to deliver, as I'm sure the $8 million she received for the role, is non-refundable.

A sci-fi adventure film trilogy that was translated from book form to film, Lawrence played the protagonist, "Katniss Evergreen" in this epic, critically acclaimed film. Arguably one of her most compelling performances to date, Lawrence was paid $10 million for assuming the role of this well-respected heroine. 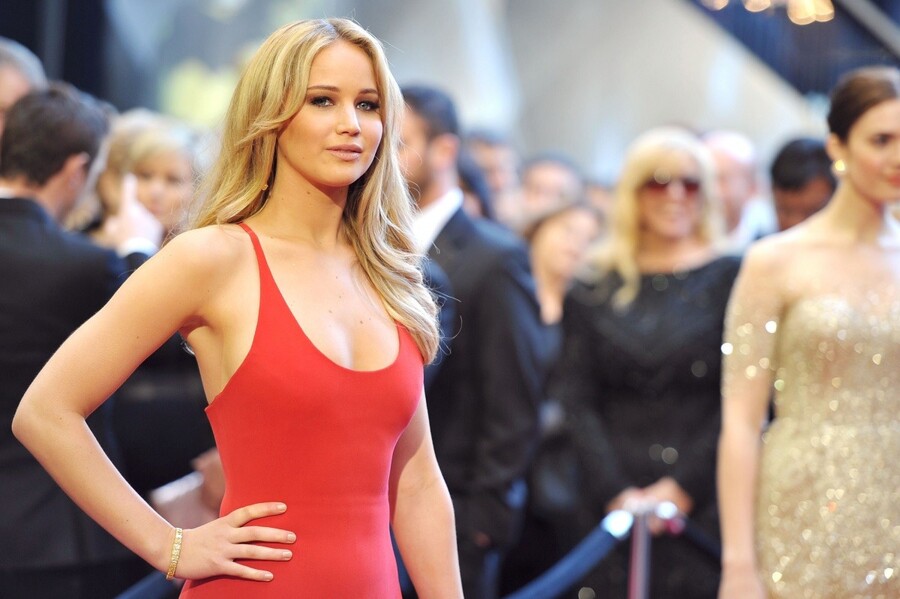 Once again assuming the role of this fearless legend, "Katniss" certainly brought out the claws for this one. Intense and action-packed, Lawrence received a well-earned $15 million for her role in this film.

An upcoming biographical comedy-drama about a struggling mother of three, Lawrence stars opposite the Venezuelan actor, Edgar Ramirez in this film. Scheduled for a holiday release, the movie is coming to theaters in mid-December. A family-friendly film for sure, grab some popcorn before you critique Lawrence's performance, keeping in mind that she was paid $15 million for assuming the role.

Once again submerged in the sci-fi that she has obviously grown accustomed to, this film has a romantic element that may lighten the load a tad. Also starring the likes of Chris Pratt, Michael Sheen, and Laurence Fishburn, details on are still fairly well under wraps. Nevertheless, the fact that the actor was paid $20 million is very much public information.

With a net worth of $60 million and total box office earnings of $3,966,400,000, we can pretty much all agree that Jennifer Lawrence is giving all of Hollywood  a run for its money. Either way, it seems that this actress has much more in store for her wildly flourishing fan base.