By Amy Lamare on December 12, 2016 in Articles › Entertainment

It sounds like something out of a movie. The stylish, Italian, 39-year-old heir to the Fiat fortune had been kidnapped and was being held captive in a run down apartment in Manhattan. He claimed he was being instructed to contact his family to get them to pay a $10,000 ransom to his captors.

In reality, the truth is a lot more salacious. Lapo Elkann spent his Thanksgiving weekend in a Manhattan housing project with a 29-year-old transgendered escort. He was supplied with a steady stream of cocaine, marijuana, and alcohol. When they ran out of drugs, Elkann hatched the plan to call up his billionaire family to claim he'd been kidnapped and needed ransom money. 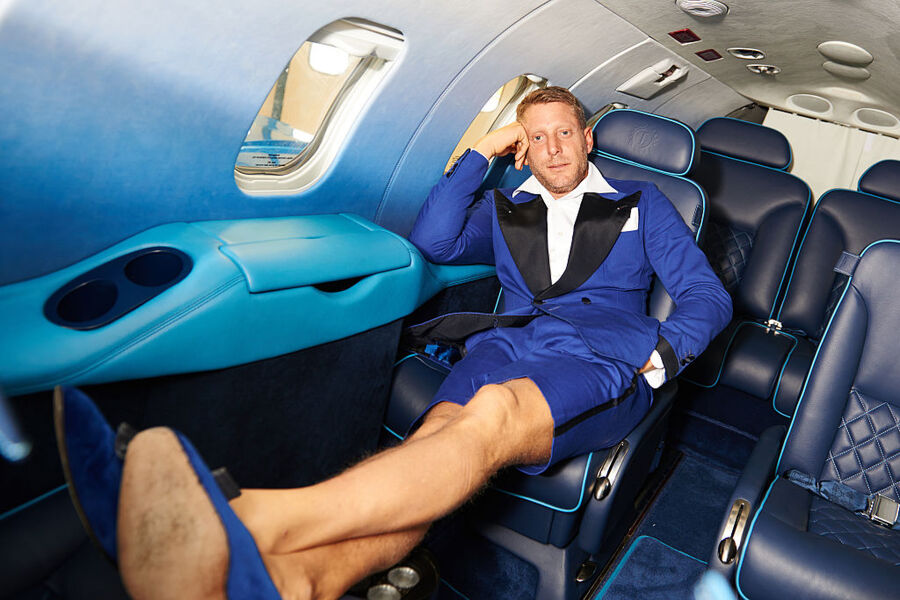 Elkann's family immediately called the police, which led to the arrest of Elkann's escort on charges of grand larceny by extortion. It soon became clear, however, that Elkann had cooked up the whole scheme. Elkann was charged with a misdemeanor for falsely reporting a crime.

This bender and its resulting drama comes 11 years after the Fiat heir overdosed on heroin and cocaine while in the company of a 53-year-old transsexual prostitute in Turin. He was 28 years old at the time. He spent two days in a coma and then checked himself into rehab immediately after his release from the hospital. In an interview with Vanity Fair, Elkann said: "I am very pissed off with myself because I made a huge mistake, but nobody's perfect."

Elkann was born in New York City. His mother, Margherita Agnelli, is the daughter of Gianni Agnelli, the late head of Fiat. His father is the American writer Alain Elkann. He spent his childhood and teen years in London. When he was 17 he moved to Turin, Italy. He went to work for the family business as Fiat's Director of Marketing in 2003. That only lasted two years. He stepped down after his 2005 overdose. The resulting scandal from that incident made headlines across the globe.

Lapo Elkann met up with the transvestite escort on Thanksgiving night after allegedly contacting a number of New York escort services. The bender took place in the escort's government subsidized apartment. Their binge started Thursday night and went through all of Friday and into Saturday before Elkann hatched his plan to get money for more party favors.

The police caught onto his plan when they realized that not only had he placed the ransom call from his own cell phone, he had been posting to his social media accounts. It didn't take long before the authorities discovered that Elkann had been free to leave the apartment at any time. All charges were dropped against the escort.

As for those social media posts during his drug binge, they were exactly what one might expect from someone on a cocaine and alcohol binge.

One post featured a picture of Steve McQueen from the 1971 more Le Mans. Elkann captioned the photo: "Speed is Everything. Never Stop."