By Simon Gerard on August 24, 2011 in Articles › Entertainment

Set to debut at this year's Frankfurt Auto Show, Ferrari has released photos of the 2012 458 Spider. Featured is an impressive new retractable hardtop on this Ferrari berlinetta (which translates as "cabriolet " in French, which then translates to "convertible" in American). 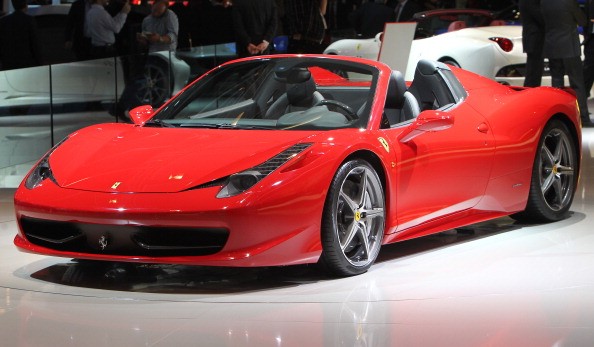 The new design is aimed to dispel the history that all retractable hardtops hinder performance with their weight and bulkiness. And they have to consider the fact that it's a rear engine car. Ferrari has solved this with the hardtop adding only 100 pounds to the car, including the added rigidity.  Based off their 575 Super America rotating roof concept, this roof sneaks its lid under the rear deck. Ferrari claims it weighs 50 pounds less and takes up less room than a regular soft top. It takes only 14 seconds to retract and has a controllable rear window. The rear window allows the driver and passenger talk normally at speeds over 125 mph. The manual control allows you to lower it every time your passenger asks when he gets to try driving. 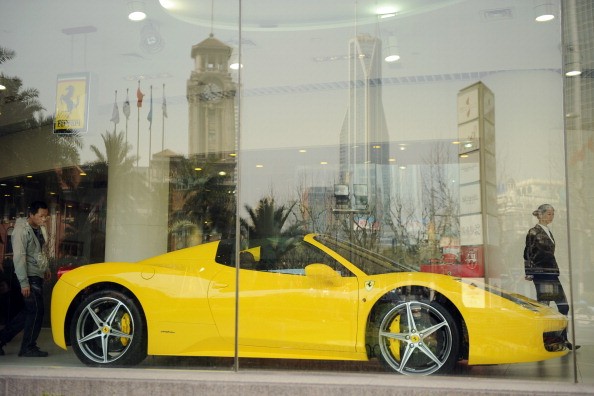 This model uses the same 4.5 liter V8 that the 458 Italia hardtop has, generating 569hp to reach a 0-60 mph in under 3.5 seconds. To match the new droptop, Ferrari has even changed up the engine tuning to produce a better "soundtrack" for convertible driving.  Ferrari looks like they finally bridged the gap between hardtops for performance and convertibles for cruising. What do you think?