By Paula Wilson on July 13, 2014 in Articles › Entertainment

How do you know if you're children's show has made an impact?  When you crowd-fund a reboot hoping to raise $1 million, and you end up generating almost $6.5 million, that's how.  If you grew up in the 70s and 80s, odds are you grew up on PBS.  Before Noggin, Nickelodeon, Nick, Jr, and STARZ Kidz, the go-to channel for children's educational programming was the Public Broadcasting Service.  PBS aired a series of shows that were required viewing for elementary to early high school age kids, including "Sesame Street", "The Electric Company", "Picture Pages", "3-2-1 Contact", "Square One TV", "Mister Roger's Neighborhood", and a little show about reading, called "Reading Rainbow".  Reading Rainbow was an educational program with a fairly simple premise – reading a book and exploring the themes and ideas in that book –  "Reading Rainbow" was on the air for over 20 years.  It ended its run in 2006, and went off the air completely in 2009.  In May of 2014, a crowd-funding campaign to reboot the series set a Kickstarter record, wracking up 105,857 backers, and the aforementioned $6.5 million.  So why did a simple show about books, that hadn't even aired for five years, crowd-fund its way into history?  Read on…

"Reading Rainbow" began airing on PBS on June 6, 1983, though the pilot was actually shot a full two years earlier.  For those of you who never watched the show, a person – usually a celebrity, read a children's book.  Then host LeVar Burton, took the viewer on a journey to explore the world of the book, showing the ways the events portrayed in the book related to real life.  At the end of each episode, he would give a brief summary of the book, and then kids would give their own reviews of the book.  The series went out of its way to feature a wide variety of books, showing the breadth of children's literature.  The program was almost instantly popular.  With a jazzy theme song sung by Tina Fabrique, the early use of synthesizers, and an oh-so-cool animated opening sequence, kids used to tune in just to bop around their living rooms to the opening credits.  Different corporate sponsors underwrote each episode, and the program became a sign of corporate responsibility, before CR was even a buzz term. 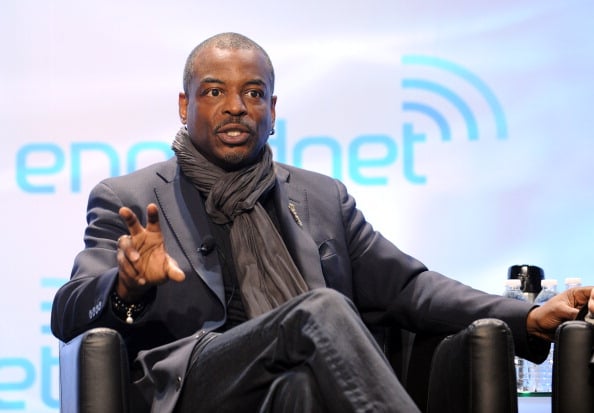 Having LeVar Burton as host didn't hurt either.  LeVar Burton was born in Landstuhl, West Germany, on February 16, 1957.  His father was stationed on the Army Base there.  He went on to grow up in Sacramento, California, and was originally focused on a life in the church.  However, he left seminary when he was 17, and instead snagged a drama scholarship at the University of Southern California.  He graduated with a BFA in Theatre, and set off to become a professional actor.  His first audition out of college, was for a mini-series called "Roots".  He booked the job, playing the lead character, Kunta Kinte.  The series, and its sequels, had a major impact on American consciousness.  His work netted him an Emmy nomination and almost instant fame.  Following "Roots", he went on to a busy acting, producing, and directing career that continues to this day.  He has a healthy net worth of $6 million.  He is currently co-starring on the series, "Perception", and voices Doc Greene on "Transformers: Rescue Bots".  He has also become a respected tech and science commentator, and regularly speaks at tech and science conventions around the world.

While acting became LeVar Burton's career, he was also still invested in the things that had mattered to him when he was training to be a priest – primarily educational initiatives.  In the late 70s and early 80s, around the same time that he was becoming a household name in "Roots", he was invited to host a show on PBS called "Rebop".  In 1981, he was tapped to work on another PBS program that would become "Reading Rainbow".  He agreed to host and to serve as an executive producer.  Gene Roddenberry subsequently invited him to join the cast of "Star Trek: The Next Generation" as Lieutenant Junior Grade Geordi La Forge.  The show began airing in 1986, and it not only brought him more fame, it brought more attention to his other role, as host of "Reading Rainbow".

"Reading Rainbow" went on to earn an amazing number of awards, including a Peabody Award and 26 Emmy Awards.  11 of the Emmy Awards were for "Outstanding Children's Series".  LeVar Burton won a combined 12 Emmys – some for producing and some as host.  The program was nominated for many, many more honors.  However, PBS ran into severe financial woes during the early 2000s, as their funding was drastically cut.  After airing for 22 years, it seemed like it was finally going to be pulled from PBS' regular line-up.  Five new episodes were shot in 2006, and then it continued to air in reruns until 2009.  Then it was gone.  Generations of viewers mourned the end of an era as LeVar Burton said his last, "We'll see you next time".

Though the program stopped airing, it was clear that it was still an indelible part of the public conscious.  It was often referenced popular culture – being mentioned in books, quoted on television shows, and occasionally parodied.  LeVar Burton was most often greeted by fans, not with quotes from "Roots" or "Star Trek", but by loud, unapologetic renditions of the "Reading Rainbow" theme song.  Many people pointed to the show as being the reason they loved reading.  The program had had exactly the impact the entire production team had hoped for.

In 2010, LeVar Burton's own production company, RRKIDZ, began working on a way to bring the series back in some form.  He owned the rights to the show, and knew that it still had merit.  In 2012, he and his business partner, Mark Wolfe, launched the "Reading Rainbow" iPad app.  Like the show, the app was an almost instant success.  It took only thirty-six hours for it to become the #1 educational app.  As of January 2014, just 18 months after its official launch, children had read 10 million books through the app, and it is still at #1.

In May of 2014, LeVar Burton announced that he and his business associates were going to launch a Kickstarter campaign to support a new version of "Reading Rainbow".  They wanted to create a "Reading Rainbow" interactive program to be used in classrooms that would be free to schools in need.  The new version would be available on multiple platforms, rather than just iPad and Kindle, and would include a version specifically for teachers and web-version for use at home. Their goal was to reach $1 million in a month. A lot of people scoffed at the viability of that goal. LeVar and Reading Rainbow reached $1 million in 11 hours.  They hit $2 million the next day.  By the end of their 35 day campaign, they'd raised $5,408,916.  When the fundraiser ended, Family Guy creator Seth MacFarlane, personally pledged a matching donation of $1 million. A handful of other business people and individuals chipped in another $70,000 in non-Kickstarter donations.  At the end of their campaign, they'd earned $6,478,916.  They ended up collecting the fifth largest amount of money in the history of Kickstarter.  With 105,857 individual backers, they now hold the record for the most number of backers ever. By a long shot.

Taking everything in to account, it's fairly easy to see understand why the "Reading Rainbow" Kickstarter campaign set records.  Between a show that had an incredibly positive impact on 20 years of children, a host that is loved and respected by a huge number of fans, and an educational model that actually works, the campaign was destined to be a success.  However, no one realized how much of a success it would be.  As the numbers climbed higher, LeVar Burton and his colleagues were clearly blown away by the outpouring of support.  You have to admit, amidst all the ugly things going on in the world, seeing something worthy get the support it needs to grow, is pretty awesome.  Here's hoping the new "Reading Rainbow" can have the same positive impact on another 20 years of kids!!